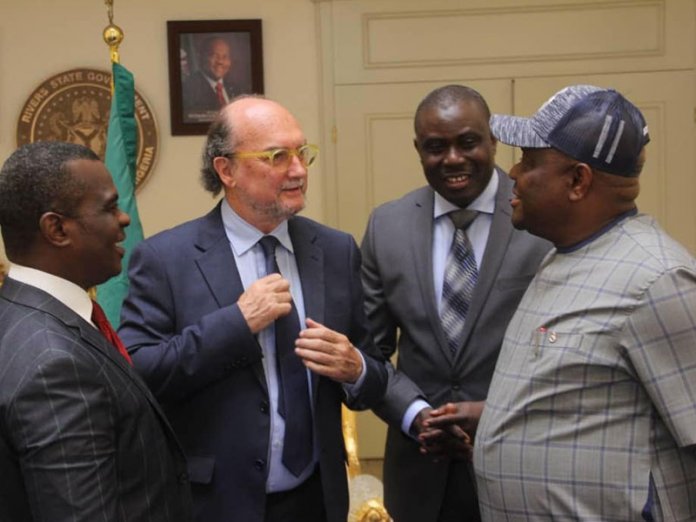 Port Harcourt, in Rivers State of Nigeria will be the venue for the next congress of the International Sports Press Association (AIPS) in October this year. It will be the second time ever that the 96-year old global body will hold its congress in Africa after that of 2014 held in Addis Ababa.

That was one of the high points of the 83rd Congress just concluded in Budapest, Hungary. According to the President, Sports Writers Association of Nigeria (SWAN), Honour Sirawoo, this was made possible by Governor of Rivers State, Nyesom Wike, who also holds the title, Power of Sports (PoS) in Africa.

It was a title conferred on him two years ago by AIPS-Africa. According to Sirawoo, the rights granted Port Harcourt, the Rivers State capital by the global sports journalists umbrella body, represents a threshold in the history of SWAN, the State and Nigeria.

The Congress brings together the Executive committee and members from countries across the world.

The AIPS-Africa Congress consisting of National Sports Journalists Association across the African Continent will also hold in Port Harcourt at the same time.

The AIPS Global Executive Committee meeting is expected to deliberate on ways of strengthening the over 200 membership Association which includes Nigeria; and alongside the AIPS Media Awards Jury to decide on the status of entries for the 2021 AIPS Sport Media Awards.

Sirawoo, who has consistently insisted that AIPS should consider Africa, particularly Nigeria for some of its programmes, commended the world President, Gianni Merlo and African President, Mitchell Obi for the choice of Port Harcourt.

He disclosed that the Executive committee meeting and African Congress will enable the beaming of the entire sporting world searchlight on Nigeria and Port Harcourt in particular.

“This is another historic occasion for not just Rivers State but Nigeria and indeed the entire African continent, the SWAN President said.

The Nigeria’s number one sports writer praised the African Power Of Sports (POS) and Governor of Rivers State, Nyesom Ezenwo Wike, whose investments in Sports and Sports Journalism have attracted world attention to Nigeria and Rivers State in particular.

“It is also a recognition of Governor Nyesom Wike’s genuine efforts to promote sports and sports journalism in and outside Nigeria,” he summed up.