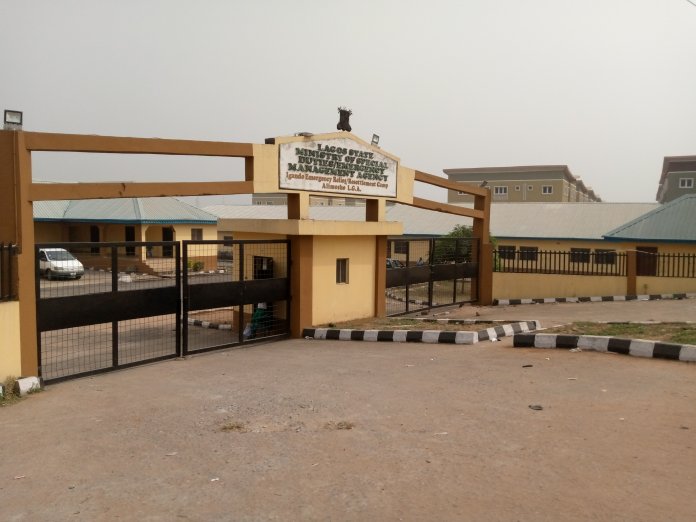 Sunday Ehigiator who kept tabs on the 300 internally displaced persons, who were rendered homeless after explosion from a vandalised pipeline razed their homes in Oke-Odo, Abule-Egba area of Lagos State, reports on their rehabilitation process

On a certain Sunday evening when they were supposed to be resting and preparing for work the next day, residents of Oke-Odo, Abule-Egba area of Lagos State, faced head-on with their worst nightmare which claimed the lives of not less than five persons in the community.

Others who were lucky to escape were however displaced from their homes. Rendered homeless, the over 300 Internally Displaced Persons (IDPs) have since been settled in at the Igando relief camp provided by the Lagos State government on January 23, thus giving them a new lease of life.

Narrating her experience with THISDAY, one of the IDPs, Mrs. Ige Adebayo, disclosed how she and her grandchildren narrowly escaped the inferno.

“The incident started at about 6pm when we returned from church in the evening. I am a food seller. I went to shop to prepare food for customers. Just as I was about to light the fire, I started hearing noise of fire.

“Before now, when this happens, it never used to get to my area, but my instinct just told me to run home and get the kids. I just ran home because my two little grandchildren were home and their mother had left them to go and refill gas and wasn’t around. As soon as I got home, I lifted both of them and started running towards the exit of the estate without picking any other thing from the house.

“I had barely left the house for five minutes; I heard an explosion and saw our house on fire. God was our only saving grace. We narrowly escaped, but lost the house to fire and all properties in it. This cloth I have on now was what I wore before the incident happened. And that’s the only luxury I have left, except life.”

Adebayo however expressed optimism with the intervention of the government. “Since we got here, we have been well treated with love and respect. They feed us well and in fact, I must commend the officials of the Lagos State Emergency Management Agency (LASEMA) here and say a big thank you to the governor for coming to our aid in less than 24 hours that we called on him. I know by God’s grace that it’s just a matter of time, all will be well again, we would recover all we lost back, because when there is life, there is hope.”

Another victim, Rose Okunnobi, a fish seller, also counted some of her loses and expressed gratitude to the government for restoring their hopes in such a gesture.

“On that Sunday, we started perceiving strong smell of fuel. Then one man advised us to leave the house till the smell goes away. That was how I packed all my children and grand children and left the house. 30 minutes later, the pipeline exploded and burnt down the house. But I thank God that we are alive and it’s only the properties we lost.

“I am a fish seller. I lost a new fridge I bought just last year for N150,000 in the inferno. My shop is part of the house. All my goods were as well consumed but I thank God for life and the governor for relieving us of this agony by providing us with this place for the main time.”

For Olalekan Fadairo, he barely escaped with his pants on. “I live at Pipeline, Ikoke Estate as a landlord. I am a retired civil servant. We thank God for the steps the Lagos State government has taken to bring us here and start a new life.

“On that fateful day, I went to church and returned around 6:30pm. As I came back I decided to shower. I was at the bathroom when I heard the noise that I should come out and we should run for our lives.

“As I came out, I was only able to wear my boxers, when I realized the whole air was polluted. We couldn’t breathe any fresh air but gas. We had to gather ourselves out of the house and ran out.

“We had barely gone too far from the house when the pipeline exploded and, like speed of light, the fire caught our house. I couldn’t take a pin out of the house. I have lost all my work documents I gathered while I was still in service including other important documents. Not to mention the house itself and other electronics in it. But there is hope.”

Speaking with THISDAY on the opening and operations of the camp, the DG/CEO LASEMA, Dr. Oluwafemi Osanyintolu said, “We received a letter from the Chairman of Oke-Odo, requesting that a relief camp should be established for the 300 people that were displaced as a result of the inferno at his local government.

“We conveyed the message to the governor and he graciously approved that we should provide relief camp for the victims, and amenities that will ameliorate the sufferings of these 300 IDP’s.

“We commenced the exercise and did enumerations of these people and evacuated them from that area to this place. And when they got in here, we established the camp. Again we established three committees. The first is the nutritional committee to handle their feedings. The feedings that we would be operating here is going to be hybrid. In the sense that, the state government is going to provide facilities for them in terms of food, and the committee going to be key pilots to this. They would cook their food, and also roll out a time table on the kind of food they would be eating in the morning, afternoon and night.

“We also have the elder committee who would be under the chairmanship of the camp commandant. We are going to have six leaders from the community that would be assisting him to run the day to day activities of this camp.

“Lastly we have the disciplinary committee, whose job is to look into matters relating to flaunting of the camp rules. We have given them the rules and regulations that bind the camp. We have informed them on the time they need to return to the camp and can leave the camp for their daily businesses in the morning.

“We understand that some of them are still going on with their various businesses and official duties. We have communicated when we open the gate in the morning and when we lock it at night. We have also educated them on the needs to abide by other rules and regulations governing the camp, especially in the area of sanitation and maintenance.

“You can also see that the doctors have been on ground treating some of them. And if you look at these displaced persons, you will see that we have more of children. So we are going to bring a lot of things that is going to be children oriented.

“We have started working with the Ministry of Environment, and the skills and empowerment ministry. They are coming to do a sort of vocational skills acquisition training for the women. We are also going to inculcate a sort of nursery school in here. And these and many others are what the governor has directed us to provide for them.”

On the issue of electricity he said, “We have a very sophisticated power supply, a very good and brand new generator and backup generator. This facility that you are seeing is very standard; a great hall, good dining room, good hostels that can accommodate over 300 people at a stretch. It has a lot of sophisticated equipment and amenities.

“And we are not alone, the ministry of health are involved, the ministry of socials, youth and all the key stakeholders on ground. And they are well informed on their duties and responsibilities here, under the watch of the governor.”

On the security of the place, he said, “We are using civilian security because of the children. We have enough security on ground. We have informed the DPO of this area, the Civil Defence Corp, and we also have LASEMA security in place.

“And as you can see, the whole compound is well fenced, and the purpose of this is to ensure that they are comfortable. We want to make this place as homely as possible for them, because in a short time, we would return them to the society when we have seen that they are physically, socially, and psychologically stable.

“There are going to be a lot of parameters that all the stakeholders would consider before reintegrating them to the society. So I cannot specifically tell how long their stay my last for now. However, immediately we are satisfied that they are stable, we will definitely return them back to the society.”

Also speaking with THISDAY on the statistics of the IDP’s at the camp, the 2020 Camp Commandant, Igando Relief/Rehabilitation Center, Mr. Olatunbosun Olukolade said they have taken their biometric data down for easy identification.