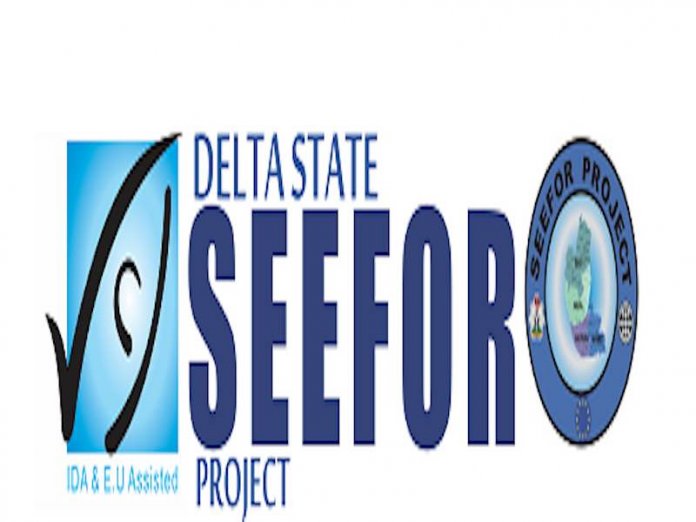 Adibe Emenyonu in Benin City
The Edo State Employment and Expenditure for Results (SEEFOR) said it has impacted directly on the lives of 7, 532 farmers in state through the SEEFOR/FADAMA III collaboration.

The Edo Coordinator of SEEFOR project, Mr. Toju Onaiwu, stated this in Benin City, during a media briefing.
He said the feat which was achieved through 437 SEEFOR/FADAMA III users group across the 18 local government areas of Edo, has reduced the number of unemployment in the state.

He also said through the SEEFOR project, no fewer than 16,860 youths in Edo have been engaged since the inception of the interventionist project in July 2013.

He said a lot of successes have been recorded within the objectives which the programme seek to address.
He further said under the component A1 that was designed to generate employment for youths through the award of small competitive public work, 180 roads of about 199km, have been constructed under the scheme.

Onaiwu, said the SEEFOR have made tremendous impact in the area of education, especially as it concerns technical and vocational education.

“In the component A2, this is designed to increase access, and improve the quality of skill acquisition and development for youths empowerment through existing vocational and technical training institutions.

“The project has disbursed grants to eight Technical, Vocational and Agricultural Training Institutions (TVAT) schools across Edo. We have also provided a modern clarion, workshops and laboratories with equipment to Government Science and Technical College, Benin.

“We have given starter pack to over 20 students in skill acquisition centre and have also supported innovation hub to help youths achieve their dream of becoming self-reliance.

Similarly, Onaiwu said successes have also been recorded in component A3 of the project which is designed to increase access of communities to Socio-economic services through provision of Grant’s for Community Driven Development (CDD) micro projects.

He said under the component, Grant’s was disbursed to the CSPD and FADAMA III of the SEEFOR project for implementation of sub projects in the selected communities.

According to him, “Here, CSDP has completed 170 micro projects such as electrification, water scheme, town halls, market shop with 137,116 direct beneficiaries in 130 communities across the state.”
He noted that with the interventions, the number of unemployment has reduced in the state.