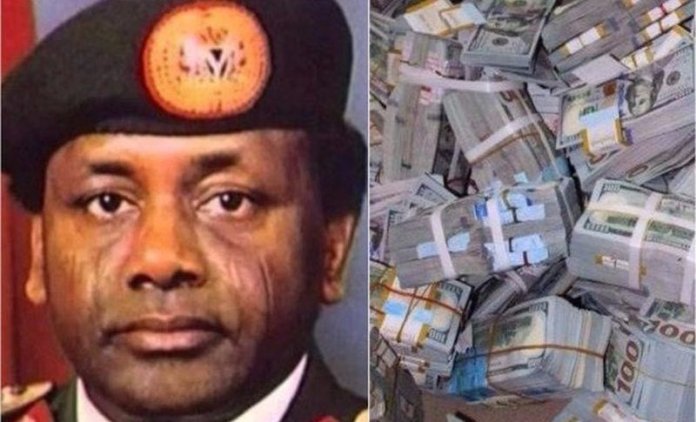 More details of the trilateral agreement signed on Monday by the United States, Bailiwick of Jersey and Nigeria for the repatriation of $308 million Abacha loot have emerged as a clause in that agreement obligates Nigeria to repay any funds lost as a result of any new corruption or fraud to the account established to hold the returned assets.

This was revealed in a statement issued Tuesday by Morgan Ortagus, spokesperson of the US Department of State.

The three countries had on Monday at a ceremony hosted by the US Department of State in Washington DC., signed an agreement approving the repatriation of $308 million looted by former Nigerian Military Dictator General Sani Abacha to support three critical infrastructure projects in the country.

The three critical projects which were previously authorised by President Muhammadu Buhari and the Nigerian legislature are the Second Niger Bridge, Lagos-Ibadan Expressway and Abuja-Kano road.

Apparently worried by past instances when repatriated funds were reportedly looted, the statement titled ‘Return of Stolen Assets to the Nigerian People’, said to ensure that the funds were “used responsibly and for the good of the nation”, the trilateral “agreement includes mechanisms for monitoring the implementation of these projects as well as external oversight, and it requires Nigeria to repay any funds lost as a result of any new corruption or fraud to the account established to hold the returned assets.”

“In the 1990s, the assets were stolen by former military dictator Sani Abacha, and stashed abroad. More than 20 years later, these assets are being returned to the Nigerian people”, it said, adding that the funds will be used by the Nigerian Independent Sovereign Authority for three infrastructure projects in strategic economic zones across Nigeria.

Noting that the return reflects the growing international consensus that countries must work together to ensure stolen assets are returned in a transparent and accountable manner, it said it was also consistent with the commitments US and Nigeria made under the principles agreed to at the 2017 Global Forum on Asset Recovery co-hosted by the United States and the United Kingdom.

The statement said the agreement was a symbol of the weight that the United States government places on the fight against corruption.

It said the US “welcomes President Buhari’s personal commitment to that fight, and we will continue to support civil society and other Nigerian efforts to combat corruption at all levels.”

“The fight against corruption is an investment in the future of Nigeria”, it added.