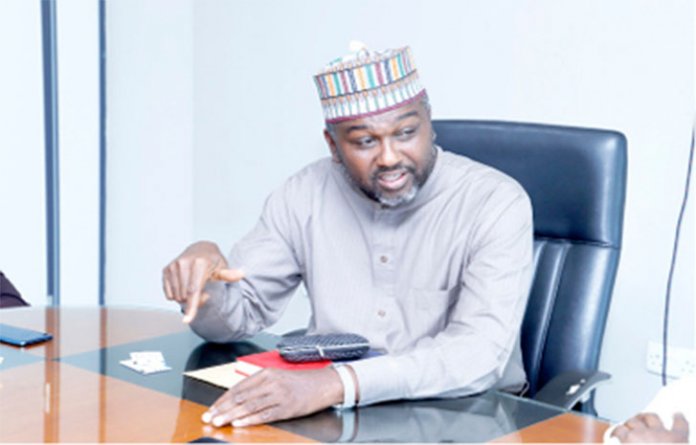 Lawal Aliyu Magaji, is the Managing Director of Abuja Property Development Company (APDC), a real estate, construction and project management company. In this interview with Udora Orizu, he advises the federal government to take all necessary steps to reduce housing deficit. Excerpts:

As a real estate and construction company, what has the Abuja Property Development Company been up to recently?

We have been involved in some projects in the FCT, either on behalf of our parent company or on our own as a company and we have done some private partnership as well. We have maintained some facilities here in Abuja. Around 2007, we were maintaining the Federal Secretariat before the change of government and we were doing total facility management for the Federal Secretariat. After the change of administration, we left and you can see the decay there and I hope the authorities will do something about that. Something really has to be done. With respect to property development, we have done some estates.

Currently, we are building on a 50 hectares’ land in Kubwa expressway, residential buildings and some commercial buildings as well. Right now, in that estate, we have over 200 families that have moved into the estate and we are still building. We will commission our first 300 units and before the year runs out we are going to complete another 200 units. We are right now going into phase two, which we started this month and the target is that we are going to build about 500 units in phase two.

Then, we have some other projects like the residential project that is coming up in Kasana district and we have about five hectares of land there. We have another one behind Life Camp, which is about 3.2 hectares, all residential and within this year we are definitely going to start those projects in addition to other commercial properties that we are doing. Also being a government-owned company, we are not only profit-oriented, but we also see ourselves as rendering services. We are not like other private developers whose major aim is just profit and nothing more. There are some of them that have come to partner with us, but they couldn’t because when they see what we are doing they will say they will not be able to. In our own case, we look at it as being one of our strength and selling points. The houses are spacious, good ventilation and so on.

As an FCT agency are your activities only in Abuja?

Do you believe that there’s housing deficit in the FCT and If you move around the FCT, especially in the metropolitan area, you will discover that there are so many houses unoccupied; what is the cause of that?

Partly what you said is correct, it may be part of the problem, because you can’t have a property and decide to just lock up, some of these properties are not even for sale or rent. Some people just build and lock up those houses. If government wants to really do what is necessary, government should invoke all the extant laws and then the issue of tax as well. Those houses have to be paying those taxes, so somebody will not build a house, lock it up and not continue to pay tax.

Another thing is some of those structures are under investigation, some have court cases, litigation and so on. Government needs to come out and do something about that. Once a property is under investigation, it should be assigned either to AMCON or any other arm of government that will be managing that property pending when that decision is taken. So, when a decision is taken, whatever amount of money that was realised during that process, or if the court decides that the owner of the property has not infringed on the law, then the money is his own and it’s transferred back to him. If the state confiscates the property then the money is kept with the state, instead of leaving those buildings unoccupied and not really contributing to the country development, because when you put up structures and lock it up, then you’re just tying down investments. When you lock down a property, it’s not contributing to the economy. There must be reasons and government should be able to find out those reasons and probably go after some of the owners.

The FCT lacks infrastructure, especially the issue of access to a lot of areas because of bad road. How do you think the issue can be addressed?

Whenever there’s problem, an attempt is also made to solve the problem. The government now has lean resources coming in and lots of things have to be done with limited resources. The government tried on its part to look elsewhere, probably looking at the private sector to get them to contribute towards infrastructural development, which is why projects like land swap was introduced to get the private sector do the infrastructure at a certain cost. But there were some teething problems that were discovered and the FCT administration is trying to correct all the perceived mistakes that were done during the land swap. And then some other thing that could be done to improve the infrastructure is concession. Government will not be able to do anything, so there’s need definitely to get the private sector. What they require is enabling environment, once the enabling environment is there, the private sector will definitely want to come in.

I know we have a very poor mortgage system in Nigeria. As a government-owned company, how do you think the ordinary people can access funds to purchase houses?
If you look at the Federal Mortgage Bank, it gives loan through the National Housing Fund, at a single-digit six per cent interest. No bank will give you loan at that amount of interest, so the Federal Mortgage Bank over time is bulked down by issues of finance, the contributions they are supposed to be getting are not really coming. The banks are supposed to be contributing a certain percentage, insurance companies are supposed to be making some contributions in the National Housing Fund, also on the part of the employers one of the best thing they can do to help their employees is by getting them involved into the mortgage system very early. As soon as someone gets a job, the best thing is to enroll him into the mortgage system. Somebody just starting a job and probably in his or her 20s has so many years ahead of him, so if you get him involved and get a mortgage, he or she has so much years to repay the loan. In our case here, you find out that we don’t start early until someone has just five years to retire, that’s when he wants will begin to build a house.

We also have to learn to live together, everyone wants to be a king, he wants to commandeer certain portion of land where he’s the king and doesn’t want to share with anybody. We have to move out from there. Another thing is don’t try to live in a place where you know you can’t afford, you have to look at the strength of your pocket and what you can afford. Some people get into trouble by trying to get what they can’t afford. If we can cut down on these things, it will really help us. The federal government, the CBN and Ministry of Finance have to look into the issue of injecting funds into construction especially of houses. Construction has a multiplying effect in the economy.

Once you start a building, you see people leaning around, they want to be laborers, masons, you will see suppliers coming around and at the end of the day, in one particular construction site you cannot imagine the number of people that are going to feed from that. Government should inject funds and make the mortgage system easy and accessible to most of the people we have. If you make things easy everyone can afford to have a house. Government has to do a lot in terms of encouraging local production of these building materials. There are so many issues we need to look at and until we address some of these issues holistically and solve the problems then we are not solving the problem. You have to look at the entire structure, where the problem is coming from, right from the construction, building materials up to land issues, then the finance and mortgages.

We also have to look at our purchasing power, from the minimum wage, take one third of the minimum wage and then span it over some period. We have to improve the transportation system where people can move. If there’s good and effective transportation system, people can live anywhere and people even prefer living in the outskirts where it is quiet, like the light rail that is coming up, once it is completed it will solve a whole lot of issues.