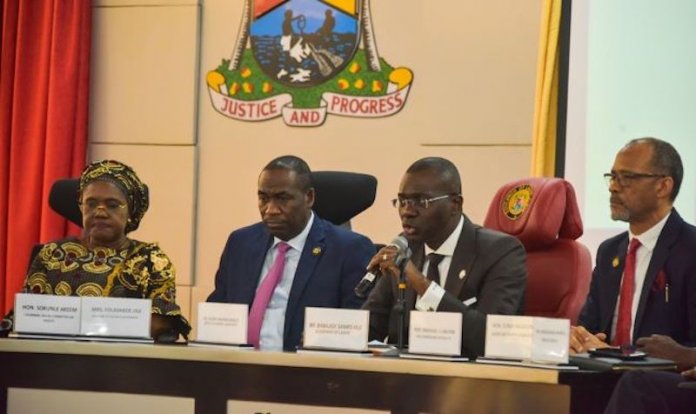 As reports of the fast-spreading coronavirus become almost pandemic across the world, the Lagos State government in a bid to prevent an outbreak on Monday launched an Incident Command System.

To show the importance the state government attaches to the prevention of the disease, Governor Babajide Sanwo-Olu will be the Commander of the Incident Command System.

Sanwo-Olu, while launching the Incident Command System, said the measure is not to stigmatise citizens of any country but to serve as a precautionary measure taken in the interest of the people.

The governor noted that relevant health professionals, in conjunction with the Federal Ministry of Health, would be deployed in the Lagos International Airport for a higher level of monitoring.

He assured the people that the state government and non-governmental organisations (NGOs) will continue to provide communication and create public awareness.

“Also, Prof. Akin Abayomi, through his ministry will identify relevant health professionals that would, in conjunction with the Federal Ministry of Health, be deployed to our international airports in Lagos where we would see a higher level of monitoring as well as the organised level of incidence reporting layout.”

Sanwo-Olu said that although the team expects people to be self quarantined, he, however, stressed that the state will carry out a supervised quarantine where details about immigrants will be taken at the point of entry, while the team will do daily follow-ups through phone calls to identified individuals for two weeks.

The governor stated that the command will be in operation for the period the risk lasts, adding that adequate preparation has been carried out to tackle the virus.

“This command will go on until when we believe and we have been given assurance that we have a stable and controlled environment but in the meantime, these exercises are going to be put in place and we are going to start things immediately.

“I also want to mention that we have started providing both human and material logistics required for this exercise.

“All of our major General Hospitals are also being prepared in event of an outpour into any of them. The hospitals in the mainland have tents coming up and extensive resources are being put in that particular health facility for them to be on standby in case of any suspected or identified case,” he said.

The Commissioner for Health, Prof. Akin Abayomi, explained that the novel coronavirus is a new pathogen to the human race and as such, research is still ongoing on how to arrest it.

Abayomi stated that since the World Health Organisation (WHO) has declared the novel coronavirus a global health concern, it will make the state government step up scrutinising travellers coming in from the most affected region.

“We need to ramp up the human capacity at the airport to be able to scrutinise all travellers coming in from particularly the routes that are coming in from the South-East Asian regions.

“The health emergency structure is being set up to help with containment in the unlikely event of outbreaks of the virus in the state,” he said.

According to Abayomi, no suspected or confirmed cases of novel coronavirus has been found in Lagos, warning residents against rumour-mongering on public health and safety.

The Deputy Governor, Dr. Obafemi Hamzat; the Consul General of the Peoples Republic of China, Chu Moaming; and the Secretary to the State Government, Mrs Folashade Jaji, were among the dignitaries present at the event.