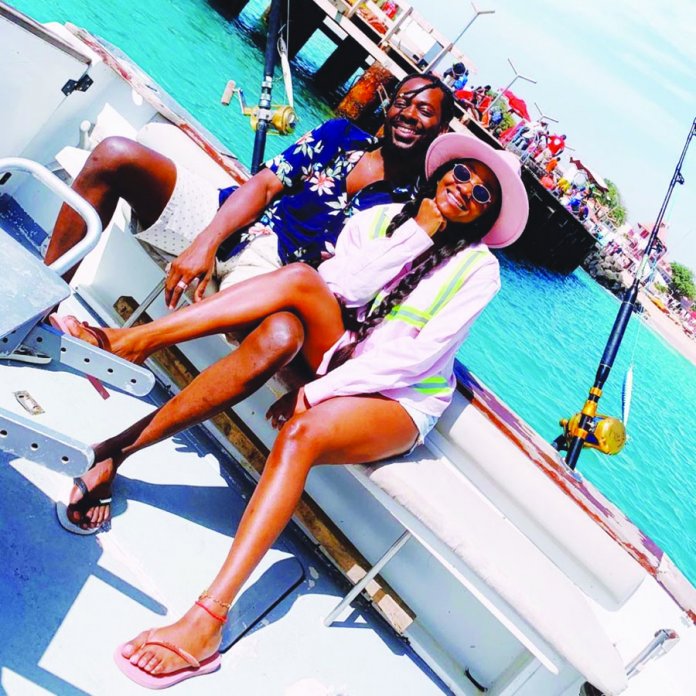 Singing couple, Simisola (Simi) and Adekunle Kosoko (Adekunle Gold) has proven to their fans and followers over again that they are a great couple and so it comes as no surprise to see the goofy way Simi celebrated her husband’s birthday on Tuesday January 28, 2020, in a video she posted. Adekunle Gold clocked 33 on the day and his wife, Simi, promised to do a lot of interesting things for him to mark the special day, including twerking, stripping and licking him up.

Although she wouldn’t reveal in the video the stuff she promised for the world to see, she however went on to caption the video with a message that certainly got a lot of people laughing. The hilarious video caught both of them doing a special handshake. Like an anthem, she captioned the video message thus: “Happy birthday Love mi. I promise to lick ur face, twerk for you, listen to your songs, let you lick my face, argue about stupid movies, tickle the fuck outta you, talk about nice books, strip, stop you from dancing, and tell you I love you as much and as often as possible. So help me God. I love you in a big manner.”

Meanwhile, in a separate post, the popular singer says his life is somebody’s fairytale as he celebrated his birthday. He shared a new video on his Instagram page on the occasion of his 33rd birthday. The singer then shared a message with the new video which reads: “Here I am, a year older today and at peace. My life is somebody’s fairytale and I am super thankful that God is crazy about me.”

This comes barely two weeks after Adekunle Gold and Simi took to social media to celebrate each other on their first wedding anniversary. Prior to that, the couple had shared individual photos on their Instagram pages.

Their first wedding anniversary they did in a special way celebrating each other on their journey so far. It feels like just yesterday that the star couple got married in a private wedding ceremony.

The couple later left Nigeria for Cape Verde where they celebrated their anniversary together away from the prying eyes of the paparazzi. The anniversary messages… first from Adekunle Gold: “1 year in and I can’t even begin to say how blessed I am that it’s you I am doing this love something with. You amuse me, you make me laugh, hard, you are so beautiful, I am lucky I get to love you forever. Here’s to more beautiful memories together, doing great exploits and living our lives on our terms. Love you forever babe,” he wrote.

In a similar vein, Simi took to her Instagram page with her own anniversary message. “Pretty baby.

The very thing that you mean to me, I doubt you’ll ever fully understand. I don’t like to share our best moments, because they belong to us – so people might never even know the level of your special. It’s a really high level that is higher than other levels. No one is more in sync with me than you…”