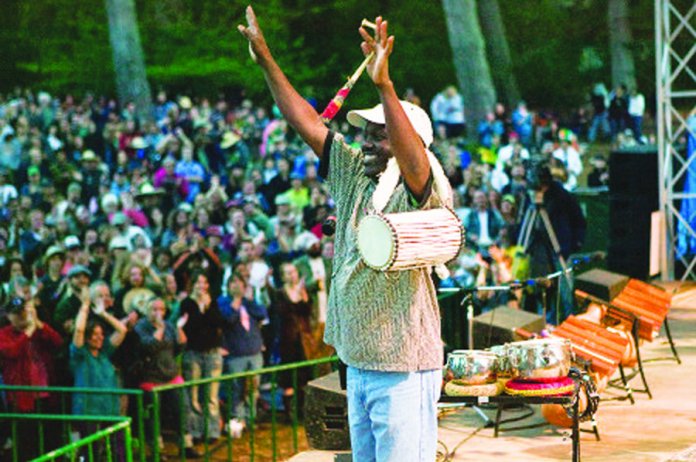 Last weekend, expectations were high as the ceremonies leading up to the world’s prestigious music award, The Grammys, were held. The annual music industry awards, which witnessed its 62nd edition, was held on Sunday January 26 at the Staples Center in Los Angeles. This awards recognition to some is a validation for the unquantifiable hours of work put in. For others, it’s a place in history.

For the umpteenth time, a Nigerian was nominated in the Best World Music Album category. It was our very own Damini Ogulu aka Burna Boy. Excitement was in the air as Burna Boy – Nigeria’s new pop heartthrob was nominated for his well-received album, African Giant. In anticipation of the awards ceremony, fans and well-wishers of the singer all over the world celebrated him a winner while the 2020 Grammy moment was on.

Eventually it turned out Beninese singer-songwriter, Angelique Kidjo, was announced the winner of the Best World Music Album at the 2020 Grammy Awards. By records, Burna Boy was not the first or even the second Nigerian to be nominated in that category. The Grammys, over the years, has seen many Nigerians being nominated in various categories but none except Sikiru Adepoju has ever gone home with the award. He remains Nigeria’s one and only Grammy Award winner.

You may be wondering who Adepoju is as not a few Nigerians will readily recall who he is. Adepoju is a Nigerian percussionist and recording artiste who at various times in his career worked and toured with likes of Sir Shina Peters, Orlando Julius, Commander Ebenezer Obey and the Inter-Reformers band in the 80’s before meeting American artistes, Mickey Hart, Carlos Santana and so forth with whom he won the Grammys.  He worked with Orlando Julius from 1985 till 1992.

He pulled out of Orlando Julius’s band because the crew moved from California to Tennessee. The now US-based percussionist sometimes forgets he is a recipient of the Gramophone Award as it’s originally called. “Sometimes, I just forget that I’ve won a Grammy,” he gladly revealed during a recent interview. He had won it for an album titled Global Drum Project at the 2009 Grammy Awards, alongside Mickey Hart, Giovanni Hidalgo and Zakir Hussein, a group he met through Babatunde Olatunji; a Morehouse educated Nigerian drummer who had carved a niche music of the African brand in America.  Adepoju could have had his first Grammy awards with Mickey Hart in 1991 as a part of Mickey Hart’s group Planet Drum, whose title album won the Grammy Award for Best Contemporary World Music Album. That was the first time there was a Grammy in that category.

However, they didn’t realize that they all had to be named the primary makers of the album to get Grammy gongs. Mickey Hart was the only one named as owner of Planet Drum. Instead of getting nine gongs, they got one gong and eight certificates. Adepoju got a certificate because he was only named as a collaborator and not a primary creator.

That changed in 2009 when Adepoju walked onto the biggest stage in global music with his longtime friend and collaborator, Mickey Hart to get presented with the famous gramophone. He said: “It’s the Grammys – everything changed.

The fees changed, the perception changed, life changed and even the way I walked changed. I will never forget that night.”

A master of the talking drum, Adepoju comes from a musical family from Eruwa in western Nigeria. He was born into a lineage of drummers on November 10, 1952. His great-great-grandfather down to his father (Chief Ayanleke Adepoju) all carried the name, ‘Ayan’ which means descendants of drummers.