A debt management strategy contains how the government intends to borrow and manage its debt to achieve a portfolio that reflects its cost and risk preferences, while meeting financing needs.

It guides debt management decisions and ongoing operations.
THISDAY gathered that the aim of debt management is to raise the required amount of funding at the lowest possible cost over the medium to long run, consistent with a prudent degree of risk.

Based on latest figures, Nigeria’s total public debt stock, comprising federal and state governments as well as the Federal Capital Territory (FCT) stood at N26.2 trillion as at September 30, 2019.
There was strong indication that the soon-to-be-released DMS may continue to give external sources of borrowing higher preference over domestic debt.

The Director General of DMO, Ms. Patience Oniha, who spoke on the development, said work on a new Debt Management Strategy (2020-2023) was being finalised by her agency and would soon be sent to the Federal Executive Council (FEC) for approval.
Oniha said the agency had surpassed its target of borrowing more externally as against locally.

“The new Debt Management Strategy is being finalised and we expect that within a month it will be sent to the Federal Executive Council for approval . “We set ourselves a domestic debt to external debt portfolio ratio of 60: 40. We are at 68: 32.”
“Borrowing is not approved by one-man; it is not determined by one man. It is a collective decision. So, when you say this administration has borrowed, previous administrations also borrowed. Borrowing is cumulative. There are rules and regulations for borrowing. So, the point being made is that borrowing is not ad-hoc. It is not a decision of one man or one woman. There are laws and laid-down procedures that have to be complied with.

“In fact, before the budget document is presented to the National Assembly, it must comply with the Fiscal Responsibility Act. We are actually complying with the laws. So, having the laws and the budget would determine the nature of the borrowing. We also have the strategy. The budget says how much we should raise. Should we issue FGN bonds? Should it be five years? Should it be ten years? All that is driven by strategy.

“All that we did in 2017, 2018 and 2019 was driven by the strategy. “So if you look at the budget, you will see that there is new domestic borrowing and new external borrowing for each of those years. It is because the strategy says domestic borrowing is less expensive, less risky than external. In addition to that, you have external because it also helps reserves , and you can get more longer tenure. It also says that the domestic debt portfolio has a lot of short-term instruments and thresholds.”

She explained that before the implementation of the Economic Recovery and Growth Plan (ERGP) in 2017, there was less than 20 per cent in external debt while about 80 per cent was domestic , adding that the federal government was accused of crowding out the private sector and of making the interest rate very high which was stopping the banks from lending to the real sector.

“We have been repenting of those things since 2017. In terms of the distribution of domestic debt between long term and short term, the target was 75 to 25 but as in September 2019, we were actually at 80 to 20, meaning we have over-performed the budget . The reason is that we stopped using treasury bills as a new borrowing instrument. Like I always said, government debt is to finance long-term projects so treasury bills cannot be the large part of our portfolio,” Oniha added. 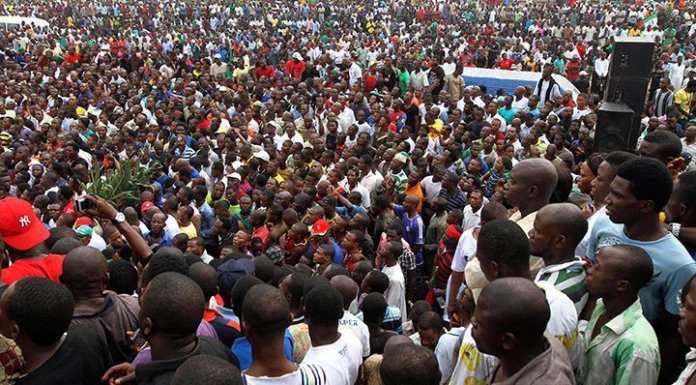