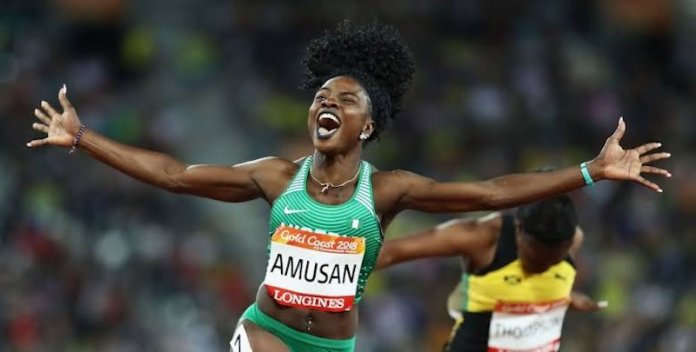 The Athletics Federation of Nigeria (AFN) has said that it is ready to reverse the trend of returning from the quadrennial Olympic Games without any medal to show for the outings.

Acting President of the AFN, Honourable Olamide George, gave this promise of a new era for track and field as he unveiled the federation’s 2020 programme of activities in Abuja yesterday.

“We have some athletes that have qualified for the Tokyo Olympics and we are, through the competitions we have lined up trying to get a few more to make the qualification standard. More importantly, we need to get our relay teams to qualify for the quadrennial event.

“We are going to compete in some relays in the USA and Europe as well as utilise the two windows we will have at the African Championships in Algeria in June to either secure or cement our qualifications,” he said while allaying fears the so-called crisis in the administration of the sport will distract the federation from executing its programmes for the Olympics.

He promised that all hands are on deck towards achieving a memorable outing at the Tokyo Olympics in July/August.

George said that the programme was designed to bring life back into the sport that has suffered from maladministration in recent years. “We have made athletes the focus of our programme and have designed one that will ensure they attain optimum performance level for both the African Championships and the Olympics,” said George.

The AFN chief said the athletes will begin running, throwing and jumping from next month with the All-Comers competition in Akure.

“We have secured the venue and will provide accommodation for athletes based on last year’s performance. There will be no prize money for this because it is an All-Comers affair,” explained the AFN president who revealed that prize monies will be introduced at the Classics proper beginning from the first AFN Classics in Ado Ekiti at the end of February.

“We are bringing back the Classics, our annual series of elite athletics competitions which produced so many champions for Nigeria in the past. So far we have four legs of the competition and we are looking to see if we can add a fifth,” he said and revealed that the AFN Classics after the National Sports Festival will be used to evaluate athletes’ performances for the Olympics.

“There is no crisis in AFN. We are focused on the Olympics and have submitted our programme to our supervisory body, the Federal Ministry of Youth and Sports Development. We are lucky to have professionally minded and committed people in the ministry headed by the Sports Minister, Mr. Sunday Dare.

“Recall the minister’s ‘adopt an athlete programme’ in Lagos last December? It has helped greatly in reassuring our elite athletes that Nigeria is backing them all the way to the podium in Tokyo 2020 and beyond,” concludes George.

The AFN president appeals for cooperation from Nigerians, especially the media as a new chapter of transparency and professionalism has opened in the administration of athletics in Nigeria.