The Senate on Tuesday disclosed that it will not hesitate to probe the Deputy Senate President, Senator Ovie Omo-Agege, over allegations that he was convicted of felony in a California court in the United States, if a petition to that effect is sent to the upper legislative chamber.

A coalition of civil society groups had recently canvassed for the resignation of Omo-Agege over his alleged conviction for felony while practising as a lawyer in the United States in 1998.

The Senate spokesman, Senator Godiya Akwashiki, while answering reporters’ questions on the issue after plenary, gave an assurance that the Senate will investigate such allegation once any individual or group sends in a petition to that effect.

He cited as an example the investigation carried out by the Senate last year of Senator Elisha Abbo, who was alleged via a petition sent to the Senate that he slapped a pregnant woman in Abuja a few weeks before he was sworn in as a senator.

He said: “On the issue of Elisha Abbo, a senator stood up and raised a matter of public interest. We discussed it and we set up a committee but because that matter is in the court of law, we said we should keep it in abeyance. There is nothing wrong with that.”

Akwashiki added that the allegations against the Deputy Senate President did not even happen in Nigeria.

“What I know is that we are senators, and if somebody petitions the Senate on the allegations against the DSP, I want to assure you that we will look into it,” he said.

Shedding more light on the issue, the Senate spokesman stressed that “the issue of the Deputy Senate President (DSP) just like any other person I read in the news but I want to say here that I am speaking here for the 9th Senate, I am not speaking for American court or judiciary as an arm of government in Nigeria.

“The issue of Elisha Abbo is similar but entirely different from the issue of the Deputy Senate President. We are senators and lawmakers, so we should be seen working within the purview of the law of the land”.

A coalition of civil society groups had a fortnight ago stormed the headquarters of the Department of State Services (DSS) in Abuja to demand the probe of Omo-Agege over alleged forgery and perjury which it said was in contravention of the 1999 constitution as amended.

The coalition also demanded the resignation of Omo-Agege and threatened that in the event that the call was not heeded, it would be left with no other option than to mobilise thousands of CSOs and youth groups to occupy the National Assembly until it is purged of corrupt elements.

The coalition, which comprised the Guardians of Democracy and Development, Partners for Legislative Agenda for Nigeria (PLAN), Empowerment for Unemployed Youth Initiative and Our Partners under the Coalition of Civil Society and Youth Groups in Nigeria, in a petition to DSS called for a thorough investigation of Omo-Agege.

It said that available information in its possession gave credence to the fact that he was allegedly convicted by The State Bar Court of the state of California, Los Angeles, USA and he served a jail term.

The coalition, led by Mr. Solomon Adodo, claimed that available information which he believes has serious substance indicated that in 1998, Augustine Ovie Omo-Agege was suspended from the practice of law with probation for three years by the Supreme Court of the state of California having been convicted of forgery on March 7, 1992 in violation of the Penal Code section 470.

In his reaction to the allegations, the Deputy Senate President had then said though he was tried of the allegations but was cleared of any wrongdoing.

“For the umpteenth time, we would like to reiterate the fact that Senator Ovie Omo-Agege was cleared of all charges in the said case and he was never a convict in the USA as being alleged. Till date, he travels freely to and within the country without any hint of harassment,” a statement by the DSP’s Media Adviser, Yomi Odunuga, had said.

The release added that “ordinarily, we would have ignored this latest effort by political jobbers to drag the name of the Distinguished Senator into disrepute.

“However, in a political environment like ours where silence could be misinterpreted as consent and evidence of guilt, we make haste to dismiss the entire allegation as not only unfounded and illogical; it is the residue of the warped imaginations and misleading rumour peddled without conviction some years back.

“While the distinguished senator remains completely unperturbed by the nattering nabobs of negativity and their faceless sponsors, it remains clear that this is another feeble round of mere shadow-chasing that ultimately amounts to nothing”. 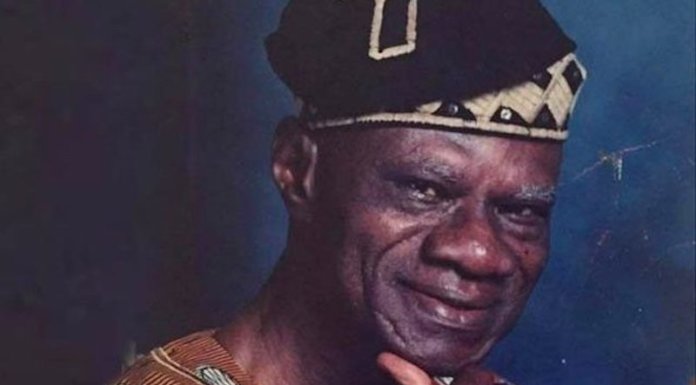