The Economic and Financial Crimes Commission (EFCC) has pledged to  monitor and apprehend politicians during rerun elections today just as the police have assured of security in Bauchi and other places where elections hold today.

Bauchi Command’s Police Public Relations Officer (PPRO),DSP Jamal Datti Abubakar on behalf of the Commissioner of Police Friday said, “There will be total restriction of movement of persons and vehicles on the election day between 8:00a.m. – 4:00p.m. in the affected areas where election will take place, except personnel on essential duties who must carry their valid identification card.”

This is as the  Independent National Electoral Commission (INEC), Akwa Ibom State said 1,005 personnel have been deployed to conduct the rerun election in the 159 polling units and 219 voting points in Essien Udim Local Government Area of the state.

The State Resident Electoral Commissioner (REC), Mr. Mike Igini disclosed this yesterday while addressing officials deployed to Essien Udim to conduct the re-run elections in the area; warning the officials against negating the core value of the commission in handling the Saturday’s re-run election.

Also, Ahead of today’s senatorial election rerun, the Peoples Democratic Party (PDP) in Akwa Ibom State has accused the former Governor of the state and now Minister of Niger Delta Affairs, Senator Godswill Akpabio of planning to reenact violence  as witnessed in the state in the 2019 general elections.

Sokoto zonal office EFCC said ahead of rerun in Sokoto State, its men were watching politicians who would like  to procure votes from the electorate.

Briefing journalists at the zonal office at Sama Road, Sokoto, the zonal head Abdullahi Lawal said every electorate has a right to vote for whoever he or she wishes without financial inducement.

“Let me tell you buying  and selling of votes are serious financial crime,” he added.

Lawal further explained that during last general election the commission had arrested one Umar Gagi for vote buying and he is now facing trial before justice Bargaja of the Sokoto State High Court.

According to the EFCC boss, the commission Monday  had meeting with compliance managers of all financial institutions in the state intimating them of suspicious withdrawal of money.

He stated that the commission had devised a technology to track suspected transactions during this period and after stressing that they have alerted some informants to come up with intelligence information in a bid to track the perpetuators.

Lawal disclosed that the whistle blowing policy of the commission is still in place but caution people not to accuse people falsely as the commission will prosecute those with fake information.

“ You know if you come to our office to report somebody we will give you a bond form to fill to ascertain the genuineness of the report,” he said.

He pointed out that as result of whistle blowing the commission in the zone has  arrested a suspect with N236 million, which he said the investigation is still ongoing.

He urged the general public to call this number 07088888929 for any report or information.

Igini had while explaining the modalities deployed for the rerun, reminded them that the core value of the commission was ensuring integrity, transparency and fair play in the discharge of its functions as contained in the Electoral Act.

He cautioned that any official found wanting by way of assisting any politician to do anything to undermine the exercise would face the full wrath of law.

According to the REC,  the Commission is mindful of the role of law in ensuring a better society, therefore as a “Commission we are committed to conducting free, fair and credible elections whose outcome will be acceptable.”

Igini told the officials including Corps Members recruited for the exercise that the Commission had confidence and trust in them to do what is rightful and approved, stressing that nothing less is expected from them as they set out for exercise.

He charged them to allow equal playing grounds for all candidates and parties participating in the election, stating that the re-run election is in line with the order of Appeal Court in Calabar which earlier given judgment over petitions arising from last year general elections conducted in the state.

The REC said adequate logistics, including security has been provided for a successful conduct of the exercise, and urged them to do their job without fear or favour.

PDP said yesterday in a press conference addressed by the National Legal Adviser and Chairman of the Essien Udim re run elections committee, Mr. Emmanuel Enoidem. 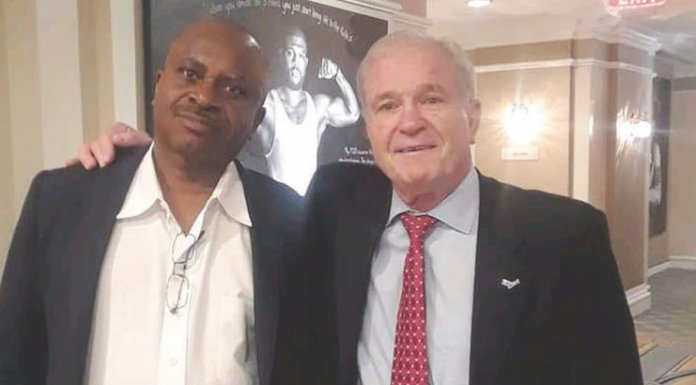