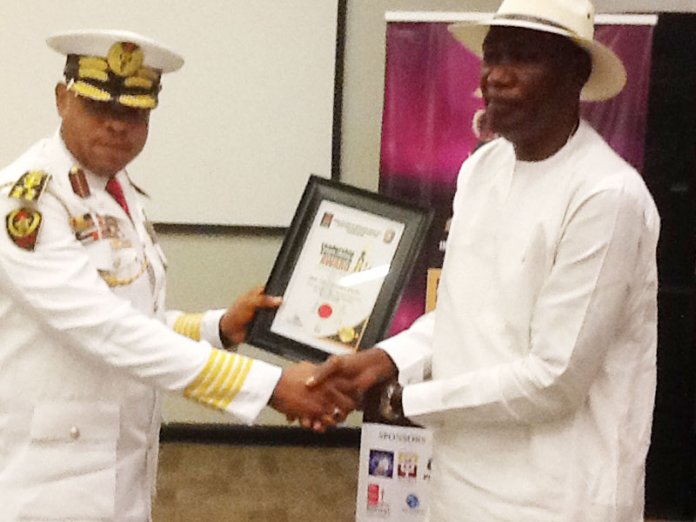 In line with its mission to inspire, empower and celebrate models, organisations, businesses and missions, that are advancing humanity through selfless pursuit, proficiency and uncommon generosity, the Divine Institute of Chaplaincy Corps International (DICCI) recently honoured honoured President of White House Group, Amb. Augustine Eruotor and nine others.

The awards were to recognise their immense selfless contributions to the development of the society through various novel charitable causes to better their immediate society as well as the entire human community.

In his welcome remarks, DICCI, Chaplain General, Dr. Chris Nwanne Right, who revealed that the DICCI was established in Nigeria in 2005, revealed further that DICCI is found in South Africa, Ghana, Zambia, Dubai and many other countries across the globe and is the affiliate of the United States Chaplaincy of New York, licensed for Africa Regions since 2007.

The institute, he explained, is established to train persons with the knowledge, skills and attitude that would make impactful positive difference who shall function in the military, para military and other establishment, to help in times of national and natural disaster, and crime prevention.

The personnel from the situation, Nwanne said are attached to institutions such as prisons, hospitals, military units, schools, police departments or private chapel facility to list a few, with the responsibility to provide counselling for effective support for the system.

According to him, they can be volunteers or sworn officers, fully trained and commissioned professionals.

He further explained that aside their quarterly fellowship activities the DICCI embark on charity and legal and outreach to hospitals, schools, police stations and prisons.

He stressed that the awardees deserved the recognition and honour given by the DICCI for convincingly and consistently standing all above others considered in the various areas of their calling as Eruotor who was awarded the DICCI 2019 Social Services and Leadership Development award, other awardees include: Dr. Samuel Olatunji Idowu, Pastor (Mrs.) Eno Essien, Mrs. Martha Eseghene Najomo, Dr. (Mrs) Eke Apollonia ,,Chief Dr. Chidi Anyaegbu, others are Lagos State Commissioner of Police, Dr. Uba Onwudiwe and Mr Demian Ndubisi Chukwu.

“These select few has uncommonly and silently, consistently made tremendous difference and impact in the things they do to assist humanity in their own way from the one who assembles doctors to perform all sorts of surgeries for free, to the ones who quietly promote and support noble charitable ventures, devoid of the media is overwhelming and needs to be appreciated and encouraged to do more. Hence and celebrate them”, he stated.

Eruotor who spoke on behalf of the awardees stressed the need for individuals and organisations who have the capacity to make meaningful contribution towards the advancement and of the human society should not hesitate to do so because it is more to their advantage than that of the receiver of such help.

He stressed that no matter how small the contribution such is, it would be rewarded in line with the laws of nature.

Thanking DICCI, he said that aside the awardees others would be inspired, encouraged and motivated to make a difference in their immediate environment for governments and their institutions at various levels.

“A time has come that individuals and bodies who has the ability to help should not hesitate for the good of the human society for government cannot singlehandedly effect the anticipated change for she alone does not such awesome capacity, and helping her would make things better,’ he emphasised.

In her reaction, Brig. Gen. Rev. Franca Obinyan, National Director Extension and Growth, DICC, said the body would not relent in her conscious and sustained effort to sought after individuals and organisations who inspite of all the challenges are making genuine impactful difference in the advancement of the global human community.

The popular comedian Koffi and The House Band added a spectacular entertaining memorable flavour to the gala night that brought together diplomats, sponsors and partners of DICCI, and various national and international charity organisations.