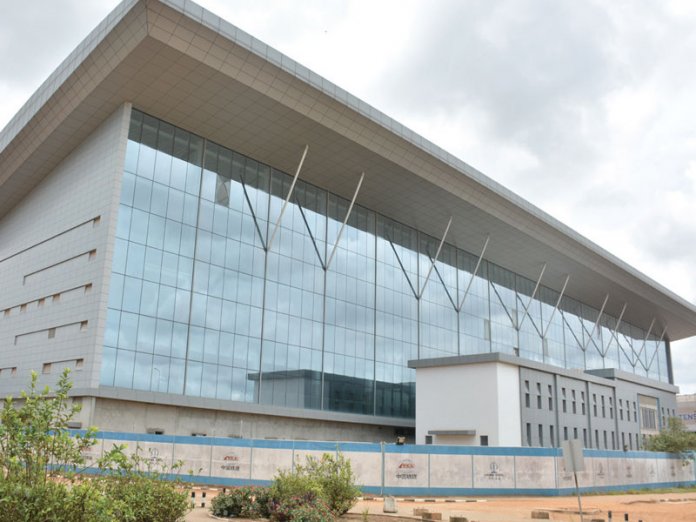 Beside structural deficiencies of the new terminal at the Murtala Muhammed International Airport (MMIA), Lagos, the location of the facility may cost the Federal Airports Authority of Nigeria (FAAN) huge amount of money as compensation for the existing structures that must be demolished to expand and make the terminal functional.

The buildings and facilities expected that would be removed before the terminal could accommodate wide body aircraft including the Accident Investigation Bureau (AIB), head office, the private terminals for business jets, including Dominion, EAN Aviation (Evergreen), Pilots Crew building and Caverton Helicopters terminal.

The location of the facility was a second choice after the right place near the international runway 18R, where the terminal ought to have been built, was embroiled in legal tussle between Chief Harry Akande (who secured ownership of the land many years ago) and FAAN, which ceded the property to Akande, but still wanted to use it for the terminal.

Locating the new terminal at its current place has been fraught with many problems. Many industry pundits said that it was a bad decision that was made.

A study on the infrastructural limitation of the terminal, funded by the then Ministry of Transportation, disclosed that there are many facilities that must be relocated before the terminal would become operational.

The report, which was carried out by Arcaid, Architects and Environmental Consultants on the four new international terminals located at the airports in Kano, Lagos, Abuja and Port Harcourt revealed that facilities built at the cost of $600 million lacked essential facilities.

In Lagos, for the terminal to become fully functional, the fire service building, the control tower must be relocated. The studies also revealed that essential facilities that were absent in the new terminals included landside link, which ought to link the new terminal to the old, drop off canopy, access roads, apron and taxiway, water treatment upgrade and power improvement equipment.

Industry sources blamed FAAN for not exhausting the possibilities of taking over the right location meant for the terminal in Lagos by negotiating with Chief Harry Akande, instead of going to court with him.

An operator of one of the major private facilities at the airport told THISDAY that if FAAN had insisted to take over the land on the grounds of public interest, it would have nullified any other claim over the land by Akande.

Akande on the other hand, had told THISDAY that if FAAN had approached him and negotiated instead of being standoffish and grandstanding, he would have conceded the land. But the agency chose to go to court and lost the case to Akande.

The operator said FAAN ought to be visionary, noting that passenger traffic would continue to grow. So, he said the agency ought to provide facilities that would accommodate it, adding that the whole space from the new six-story car park to the Blue Lodge Hotel should be left for multi-story car pack that would be built in future.

“If FAAN had insisted that it wanted that land on public interest it would have taken it over and this current problem wouldn’t have arisen.
“Now, FAAN should know that passenger traffic is growing rapidly, so it should not concession the land between the current car park and the Blue Lodge Hotel because that is where more multi-story car parks should be built. All international airports have large parking facilities, Lagos airport won’t be different,” he said.

Lamenting the wrong decision to site the new terminal at its current location, a top official of FAAN told THISDAY, “If we really need the full service of that new terminal it means that the Dominion private jet terminal, the pilots rest room, the EAN, AIB and the Caverton facility will be removed so that the apron of the terminal will be extended to those areas. This will enable wide body aircraft to land at the terminal. That is, if we really want a good terminal.

“The new terminal is sitting on the cables that supply power to the airport and that was why there were many power cuts when it was under construction. It was a mistake to have located the terminal there, but for its full utilisation, demolition of those other property is inevitable,” the FAAN official said.

The Minister of Aviation, Senator Hadi Sirika, had condemned the location of the terminal, saying the planning of the project did not envisage that the building would lead to additional works, power and water supply, adding that it was also discovered that the building would block both the control and fire towers which would require relocation, so additional work was required to link it with the existing terminal as well as expanding the apron to accommodate bigger air planes.