Yinka Kolawole in Osogbo writes that after his first year in office, Osun State Governor, Gboyega Oyetola recently rendered an account of his stewardship

Immediately he was sworn in, he made some promises which many initially dismissed. However, a year down the line, the governor has reeled out his achievements. Giving account of his stewardship, Oyetola in a state-wide broadcast he gave a blow-by-blow account of his achievements across all the sectors, including mining, culture and tourism, health, education, agriculture, transportation, massive infrastructure development, security, social welfare, prompt payment of salaries, allowances and entitlements to workers (both active and passive) among others.

He added that his government had strengthened the state’s Treasury Single Account policy with every relevant MDAs properly brought into the pool, as a way of tightening the state’s finance architecture. The governor said his administration has also commenced the usage of the Bank Accounts Monitoring System for the monitoring of day-to-day transactions of government, assuring the people that his government would not rest on its oars in ensuring that the state achieved sustainable financial breakthrough.

He also revealed that the state met with the eligibility criteria of the World Bank programme tagged State Fiscal Transparency And Accountability Programme, a development which has further confirmed the  administration’s commitment to transparency and accountability.

These initiatives he said are designed to give fillip to his development agenda, check corruption and deliver a financially stable and independent Osun.

Also as part of activities to mark his one year in office, he inaugurated the newly rehabilitated Oke-Baale Primary Health Centre (PHC) in Osogbo, the state capital.

Oyetola during the commissioning, said the rehabilitation of the health centre was another demonstration of his administration’s  commitment to provide quality and accessible healthcare in the state.

“As you will all recall, the flag off of the revitalisation of nine general hospitals and 332 primary health centres – one per ward – across the state, three months after coming into office. Of this number, 120 have been completed and are being inaugurated across the state while the contracts for 275 others have been awarded. The Primary Health Centre, Oke Baale, Osogbo, is one of this number,” the governor disclosed.

Oyetola said the health of the people of Osun is of paramount importance to the government, saying that good health is the foundation of wellbeing and prosperity.

“The Oke Baale Primary Health Centre is one of our solutions to keeping you healthy. I therefore enjoin you to take good care of your health and patronise the health centre to stay healthy,” he said.

Speaking further, the governor stated that his administration had renovated several schools across the state and provided them with modern facilities. He added that the government is also  training and re-training teachers in the state to ensure that children get the best education.

Oyetola said the administration is also prioritising the provision of good road network in different parts of the state, noting that this is  the way to make “transportation easy for our people and opening up our rural areas to enable our farmers access the market in the cities with ease”.

The governor also said that transforming the economy of the state and making it the commercial hub of the South-west remains the goal of his administration.

“We hosted the Osun Economic and Investment Summit to unlock and unleash the potential of the state. Twenty-two investors indicated interest in investing in the state at the summit. We are doing all these to deliver on our promise to transform the state and give our people good life. Indeed, with the foundation for development properly laid, development shall be on the fast lane in the next three years,” the governor stated.

Also as part of activities marking his first year in office, Oyetola, was joined by thousands of Osun indigenes on more than three hours walk across Osogbo.

Tagged “Walk to Greatness”, the exercise began from the government house as the participants, led by the governor, his wife, Mrs. Kafayat Oyetola and the Deputy Governor, Mr. Benedict Alabi, moved steadily through Okefia up the Workers’ Drive, Oja Oba,  Sabo, Ayetoro and ended at the Nelson Mandela Freedom Park.

The governor, while addressing the elated crowd of participants at the Freedom Square, thanked the good people of Osun for their support in the last one year, assuring them of better days ahead.

He also gave thanks to God Almighty for making it possible for him to achieve so much in the last one year, including prompt payment of salaries and allowances to workers and pensioners, provision of adequate security, infrastructure, free health care delivery and quality education, among others.

He said, “I want to thank the good people of Osun for the love you’ve demonstrated in trooping out en mass to join the walk. I didnt know I have this enoumous strength to walk 10 kilometers. If you ask me to walk another 10 kilometers, I am ready.

“We have achieved a lot in the last one year across all sectors, including revitalisation of 332 primary health care centers across the state. We thank God that the era of modulated salary is gone. Workers now get their salaries as and when due. Salaries for this month will be paid before this week runs out. Pensioners too have been getting their benefits. This shows how much priority we give to the welfare of workers.

“In the last one year, I can tell you that we have been able to rehabilitate a lot of critical roads. Again, the issue of security has been brilliantly addressed. We’ve provided tremendous support for security. It is our plan to revamp our economy across all sectors. Instead of going round the world to talk to investors, we have decided to bring investors down to see for themselves and choose the area they want to invest in.”

In his remarks, the Commissioner for Youths and Sports, Hon Azeez Yemi Lawal, maintained that the exercise was no fewer than a 10-kilometre trek, adding that by walking such a long distance nonstop, the governor has further convinced the good people of Osun and the world at large that he is both physically and mentally fit to govern the state for the next seven years.

Among those who walked in company with the governor were the Chairman of the ruling All Progressives Congress (APC) in the state, Prince Gboyega Famoodun; the Speaker of the State House of Assembly, Rt. Hon. Timothy Owoeye; Secretary to the State Government, Prince Wole Oyebamiji; the Chief of Staff to the Governor, Dr. Charles Akinola, and the Head of Service, Dr. Festus Oyebade.

Also, Oyetola said he is set to make Osun the country’s commercial hub by unlocking its great potential in mining and other sectors of the economy.

The governor’s Chief Press Secretary , Ismail Omipidan said this while responding to various questions about the current administration and its developmental programmes as a guest on ‘Frank Talk’ programme of Rave FM 97.1, a radio station headquartered in Osogbo.

He said the state was open to investment and determined to partner investors to advance the economy of the state, adding that the administration of Governor Oyetola was committed to diversifying the economy by judiciously and adequately tapping the socioeconomic potential embedded in the mining, agriculture, tourism and ICT for the general benefit of the people of the state.

He maintained that the administration would spare no efforts at maximising the opportunities in the various sectors, as part of efforts to build a virile, competitive and healthy economy for the state.

The Governor’s Chief Press Secretary, who described Osun as an investment destination said the administration of Governor Oyetola would leave no stone unturned to turn Osun to investment hub of the Southwest in particular and the country at large, adding that the administration would continue to leverage on the resources available to the state to achieve the desired results.

He disclosed that a Canada-based mining company had already paid the state a sign-on fee to the tune of N100 million, adding that the government had demonstrated high sense of seriousness to revamp the mining sector.

He assured on the readiness of the state government to procure mining tools for the artisanal miners, adding that the move would go a long way to effect positive change in the sector.

Speaking on the prospects of the mining sector in the state, Omipidan said Osun is one of the few states in Nigeria with huge deposits of mineral resources capable of developing the economic profile of the state.

He called on the youths to key into government’s policies designed to rejuvenate the mining sector.

Omipidan further  disclosed that the government had preserved one of the Life academy  centres, as training centre for those who are interested in mining, adding that the motive will help to boost vocational, technical and entrepreneurship in the state.

Represented by the Commissioner for Finance, Alhaji  Bola Oyebamiji, Governor Oyetola attributed the successful implementation of some of the government policies and programmes  to the cooperation and support received from the people.

Meanwhile, over  700 residents of Osun benefitted from the free surgical operation organised by the Osun State to commemorate the one year anniversary. The patients with various ailments ranging from hydrocelle; lipoma, breast lumps and other minor surgeries were freely operated across the three senatorial districts of the state.

Also, over 300 surgical patients registered to be operated in Osogbo, the Osun Central Senatorial headquarters.

Speaking on the development, the Commissioner for Health, Dr. Rafiu Isamotu, reiterated government’s commitment to the promotion of quality and healthy living.

In the same vein, the Special Adviser to the Governor on Public Health, Pharm. Siji Olamiju, noted that the initiative was conceptualised in furtherance of Oyetola’s ‘good health for all’ initiative.

He commended the administration of Oyetola for the procurement of adequate drugs and other health facilities across the hospitals in the state. 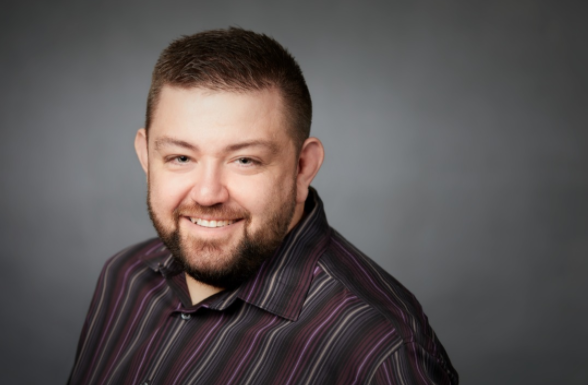 David Kauzlaric Shares the Secret of Being a Truly Effective Leader