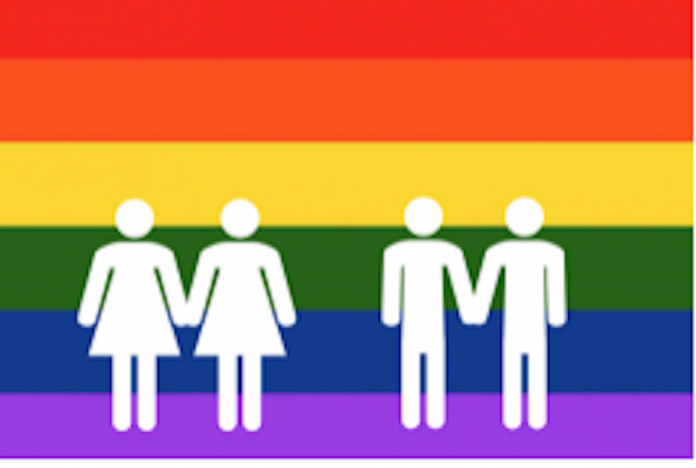 By Martins Ifijeh with Agency Report

Genes play just a small role in whether a person is gay, scientists have found, after discovering that environment has a far bigger impact on homosexuality.

In the biggest ever study into the genetic basis of sexuality, researchers from more than 30 institutions including Cambridge University and Harvard, looked at the DNA of nearly 500,000 people in Britain and the US.

They found that genes are responsible for between eight to 25 per cent of the probability of a person being gay, meaning at least three quarters is down to environment.

Scientists said it worked in a similar way to height, in which genes are partly responsible, but other factors – such as nutrition – also play a major role, adding or knocking off inches.

In this case, environment could mean anything from being exposed to certain conditions in the womb, to differences in upbringing or education.
Although the research may seem controversial, suggesting that homosexuality is not primarily ‘written in the genes’, the scientists say it does not mean that sexuality is a choice or can be altered.

“Some people will misunderstand or even deliberately twist our findings,” said senior author Dr Ben Neale, a statistical geneticist at Harvard Medical School.

“There is a long history of people using genetics in harmful ways to advance their own misguided agendas. As a gay man I’ve experienced homophobia and I’ve felt both hurt and isolated by it. This study disproves the notion there is a so-called ‘gay gene’ and disproves sexual behaviour is a choice.

“Genetics absolutely plays an important role, many genes are involved, and altogether they capture perhaps a quarter of same-sex sexual behaviour, which means genetics isn’t even half the story. The rest is likely environmental. It’s both biology and environment working together in incredibly complicated ways.”

Previous research had suggested there could be multiple genetic variations in the x chromosome of men driving homosexuality, but the new study ruled that out.

Instead it found a large number of genes were having a tiny effect. Even the five gene areas which had the most impact only had a cumulative impact of just one per cent.

The new study, which involved 100 times more people than previous research, used DNA data from the genetic testing service ‘23andMe’ and the UK Biobank in an attempt to tease apart the most important genes.

They found one important area of DNA was linked to genes related to sense of smell, which is known to be important for sexual attraction.
However the genetic picture is so complex, the researchers concluded, that it will never be possible to determine whether someone is gay simply be looking at their DNA.

Fah Sathirapongsasuti, Senior Scientist of Computational Biology at ‘23andMe’ said: “There is an unexplained environmental effect that one can never put a finger on exactly it’s such a complex interplay between environment, upbringing, and genetics.”

Researchers said the findings should be ‘reassuring’ to people who were worried that genetic testing may one day reveal their sexuality. “The genetics are just too complicated and biology and environment are both involved,” added Dr Neale.

Commenting on the research, Dr Melinda Mills, of Nuffield Professor of Sociology at Nuffield College, University of Oxford, said: “There is an inclination to reduce sexuality to genetic determinism or to resent this reduction. Attributing same-sex orientation to genetics could enhance civil rights or reduce stigma. Conversely, there are fears it provides a tool for intervention or “cure.”

“Same-sex orientation has been classified as pathological and illegal and remains criminalized in more than 70 countries, some with the death penalty.
“Using these results for prediction, intervention or a supposed ‘cure’ is wholly and unreservedly impossible.”

The research was published in the journal Science.