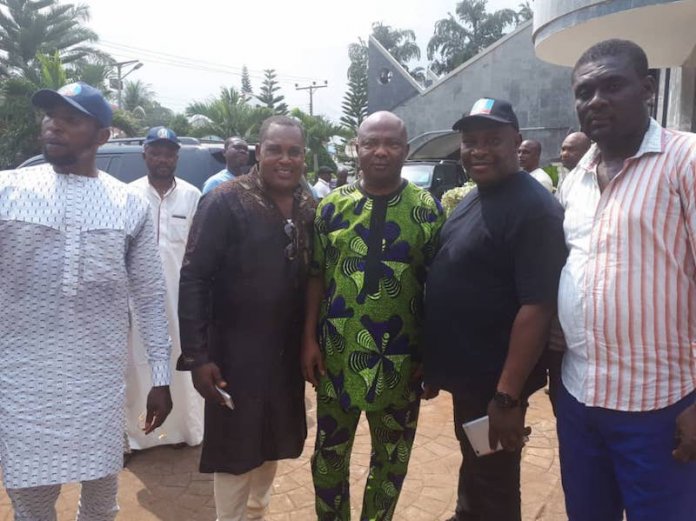 The Hope Reality Movement (HRM) has commended the wisdom and courage of the Supreme Court in its unanimous decision to declare Senator Hope Uzodinma the duly elected Governor of Imo State.

The commendation was contained in the felicitation message the members of the HRM sent to Governor Uzodinma, over his legal victory at the Supreme Court.

The HRM in a statement issued by the Convener of HRM, Mr. Obi Vitalis Chikere, and HRM’s Secretary, Pastor Felix Ejere, in Owerri, expressed joy that the wisdom and courage of the seven judges of the Apex Court prevailed in the face of the vociferous stance of the opposition and its supporters.

The movement further commended Uzodinma, APC and their entire supporters for the maturity and patience they exhibited in the face of what it described as bare-faced injustice typified in the exclusion of the results from the 388 polling units resulting in the initial loss of the March 9, 2019, governorship polls by the APC governorship candidate.

Chikere, however, stated that the initial setbacks have currently turned to the political fortune of APC and Uzodinma, adding that it was obvious from the conduct of the polls in Imo State, which was fraught with irregularities, that a competent legal procedure would return a verdict of victory to APC and Uzodinma.

Chikere said: “After the elections and our post-mortem of the entire proceedings in the state, we of the HRM were left with no doubt that in no time, due legal proceedings would do the needful which is what Imolites, Nigerians and the world are witnessing presently.”

He thanked members of HRM and all well-meaning Nigerians for their steadfastness while the matter lasted and urged them to continue to avail Governor Uzodinma of their unalloyed support for a better Imo State that would realise the citizens’ dream.