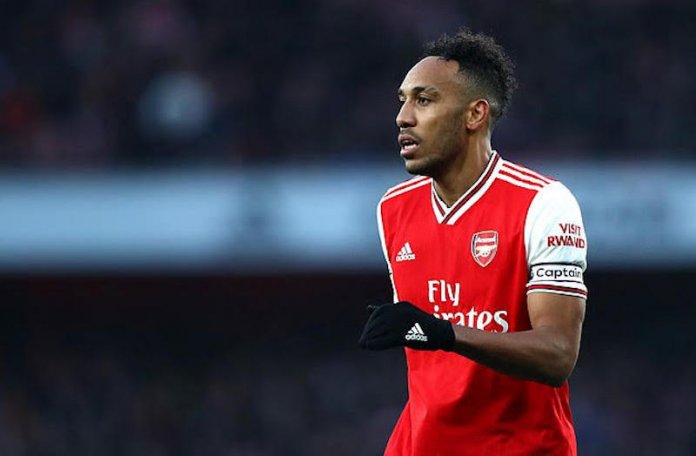 Barcelona want to bring Pierre-Emerick Aubameyang to the Nou Camp in January as they look for cover, and eventually a replacement, for Luis Suarez.

The Spanish giants are set to be without the Uruguayan for at least six weeks after he required surgery on a knee injury and Barcelona are looking to reinforce their attacking options.

Quique Setien therefore has limited forward options and things would get even worse if anything were to happen to Lionel Messi or Antoine Griezmann in the coming weeks.

According to Mundo Deportivo, Barca are very keen on signing Aubameyang, who has scored 16 goals in 26 appearances this season, and see him as their preferred option among strikers who could be available.

Barca are aware that it will be difficult to persuade the Gunners to part company with their talisman mid-season but are hopeful an agreement can be reached.

Aubameyang is also good friends with defender Samuel Umtiti and Ousmane Dembele, who he played with at Borussia Dortmund.
The striker has not hidden the fact he could be tempted away from north London with Arsenal looking increasingly likely to miss out on Champions League football again next season.

It is claimed by Mundo Deportivo that Barca have considered other forwards, such as Valencia’s Rodrigo, but Aubameyang’s pace is believed to make him the more ideal option.
Olivier Giroud and Fernando Llorente are also options but their style of play and age mean they are unlikely to be pursued.