The National Integrated Power Projects (NIPPs) managed by the Niger Delta Power Holding Company (NDPHC) were conceived and established in 2005 by the government of former president, Chief Olusegun Obasanjo to help the country fix the issues of inadequate electricity generation.

The government also considered the NIPPs as new measures to address the country’s excessive gas flaring from oil fields in the Niger Delta region. But the NIPPs with 10 utility scale power generators, expansive transmission lines and a good number of distribution facilities has remained largely under-utilised by the country for its power supply needs.

Nigeria with a population estimated at over 180 million and a total land area of 923,766 square kilometers (sqkm) is often regarded as the giant of the black race, but it is currently unable to provide enough electricity to its people and economy.

Even though it conducted what was then regarded by global energy experts as an ambitious power market privatisation exercise in 2013 – unbundling and privatising generation and distribution facilities of inefficient state electricity firm, the Power Holding Company of Nigeria (PHCN) – providing adequate electricity supply for her huge population and expanding economy has remained a daunting task for Nigeria.

Today, the country’s electricity market has about six privately-run power generation companies (Gencos), a government-controlled Transmission Company of Nigeria (TCN), and 11 distribution companies (Discos) owned partly (60 per cent) by private investors and the government (40 per cent).

There is also the NDPHC-managed NIPPs which were set up primarily to increase the generation capacity of the nation, but the power sector has largely failed to satisfy Nigerians or even meet the economy’s demands for stable power. Even with reforms, it is still hugely troubled by poor governance and utter disregard for processes – a situation that has reportedly impacted the productivity levels of the NIPPs.

Apart from helping to building up the power stock of Nigeria, the NIPPs were equally expected to play a role in the development of end-to-end power infrastructure in the sector through a super-grid network to militate against frequent trips of the country’s transmission line, provide the critical reserve margins (spinning reserve) needed for frequency stability and deploy facility at strategic nodes of the transmission network.

So far, the NIPPs have reportedly added to Nigeria’s transmission line: 5,000 kilometres (km) of 330 kilovolts (KV) and 6,000km of 132KV lines. It has also ensured that the distribution lines in the country have been strengthened with 23,753km of 33KV; 11KV of 19,226km distribution lines and various substations, but Nigeria’s electricity supply has not progressed as expected mostly because of the country’s failure to leverage the offerings of the NIPPs.

Power generation
In terms of power generation, eight of the 10 power plants in the NIPP portfolio, along with associated gas transmission metering and receiving infrastructure projects to support commercial operation, have been commissioned and connected to the national grid reportedly contributing over 22,000,000 kilowatts hour (kWhr) of energy daily but subject to availability of gas and dispatch approval.

Reportedly in the interest of the Nigerian economy, the NDPHC has continued to operate these power plants despite undesirable security challenges and an accumulated debt owed it by the electricity market.

From its functional Gencos, the NDPHC’s contribution to the Nigeria’s power grid is said to be about 30 per cent with over 3,000 megawatts (MW) of generation capacity availability for deployment if the grid permits, however this is hardly achieved because as recently discovered by THISDAY, the NIPPs Gencos have rather become the victims of Nigeria’s inefficient power market governance and load dispatch systems.

It added that the imminently completed ones include the 225MW Omoku, 338MW Egbema and 530MW Alaoji steam plant.
Even with their offerings, the operations status report indicated that the eight NIPPs Gencos in operation are often forced to cut down their average daily production capacities, and they recently had to step down from 4694MW to 493MW because of the inadequacies of the national grid.

For example, between August and early September 2019, the report indicated that the plants were frequently asked to cut their power production levels by the National Control Centre (NCC) to enable it stabilise the grid, thereby constituting operational losses for the NDPHC which has to pay for gas supply to the plants notwithstanding their evacuation statuses.

According to the report, on September 2, the eight plants were allowed to generate only 465.2MW, after they previously generated 520.2MW. On that day, its Alaoji and Omotosho plants had to shut down two units respectively on the instructions of the NCC. On August 30, the plants were allowed to generate only 535.1MW from their total capacities with two units at the Calabar plant also out on NCC instructions to scale down.

The company explained that a total of 10 new 330/132kV sub-stations and seven new 132/33kV sub-stations have also been completed with several other existing substations significantly expanded to add 5,590 megavolt amp (MVA) and 3,313MVA of transmission capacity to the national grid.

It stated in the report that its contributions to the country’s transmission network have transformed the hitherto radial 330kV/132kV grid into a more robust grid system with significant provision of alternative power flow routes which now serve as redundancies and which has resulted in a more reliable and stable grid.

Of note in this respect, it added are the inauguration of the over 220km long 330kV Double Circuit (DC) lines providing alternative thermal power into Abuja and the federal capital territory (FCT) from Geregu through a new Lokoja substation in Kogi state to a new Gwagwalada substation into the existing TCN Katampe and Apo substations in Abuja with several significant expansion works on existing substation developments along this route.

It also noted that a 330kV transmission backbone that provides several 330kV DC transmission line spurs from power plant that are in Calabar, Alaoji, Afam and Ikot Abasi into a switching hub at Ikot Ekpene has been provided.
“From this hub, long DC lines emanate to flow power from these southern based power generation centers to Jos and the far north east through Ugwuaji and Makurdi in Enugu and Benue states.

“With the commissioning of about 95 per cent of this grid backbone in November 2016, the Nigerian transmission grid bid a firm and final goodbye to the radial grid era and entered into a new hitherto unattainable level of grid security, reliability and stability that has seemed elusive since the commencement of Nigerian grid operations in 1969,” said the NDPHC in the status report.

It, however informed that, “the completion of majority of the balance of works on this grid backbone is fast going on and scheduled to be completed soon.
“The statistics of NIPP contribution to overall transmission system growth and reliability with improvements in transformation capacity, is progressively increasing each day as the balance of NIPP transmission projects are being delivered.

“The company invested in critical transmission and distribution infrastructure needed to evacuate the electricity generated into the national grid and distribute the same to end users.
“The projects NDPHC has executed in that regard include the expansion of 36 TCN’s 330kV and 132kV substations across the country,” it added even though it is now forced to shed its power production to accommodate others.

Power distribution projects
In the Discos’ network, the NDPHC indicated that it has constructed and commissioned over 350 injection substations with a combined distribution capacity of 3,540MW across the networks operated by the 11 Discos in the country.
“NDPHC has further constructed a total of 2,600km of 11kV and 1,700km of 33kV distribution lines for improving access to electricity and quality of power supply to consumers.

“The nation’s distribution capacity has also been enhanced by the installation of 25,900 completely self-protected (CSP) transformers all over the country thereby significantly reducing technical losses.
“Under the NIPP program, the capacity of 33/0.415kV and 11/0.415kV has been increased by 26 per cent. The NIPP is designed to increase the number of 33/0.415kV and 11/0.415kV substations by 163 per cent, all the projects are nearing completion,” it further explained.

However, these are yet to translate into tangible service delivery experience to Nigerians because as once claimed by the Managing Director of NDPHC, Mr. Chiedu Ugbo, the Discos do not want to incur costs on such acquisition and have largely failed to utilise the distribution facilities provided by the firm.

Recent strides
To expand its reach in Nigeria’s power sector and perhaps clearly state its status as the viable candidate to help improve Nigeria’s power supply, the NDPHC has embarked on the construction of additional 120 transmission stations and sub-stations which it said will be transferred to the national grid.
It noted that its intervention in the construction of distribution lines has also included the need to increase distribution of electricity to rural communities in the country.

“The NDPHC as and when it sees the need, intervenes in critical areas to ensure stable electric supply. For instance, it recently completed a distribution line for Ibadan Disco to consolidate the supply of electricity to communities in its franchise area.

“The provided 33kV line will ensure that every community along that line will benefit from it. It is doing unique intervention jobs like this because it believes Nigerians must have stable electricity,” said Mr. Yakubu Lawal, who heads the public affairs department of the NDPHC.

Additional information from the status report of the NIPPs also indicated that a 330/132kv, and 3 by 150MVA substation approved for Ikot Abasi transmission zone has been completed by the NDPHC which described it as the largest of its transmission projects so far.

It explained that the project, “was designed as a power evacuation facility for power generated by the Ibom power station, Alscon power station as well as the Qua Iboe power plant of ExxonMobil in Eket.”

Given its reported extensive interventions, it is possible therefore to consider that the NIPPs could if well utilised become the game-changer in Nigeria’s prolonged search for an end to its power supply challenges in the new decade if market participants including the Discos are able to live by their obligations to deliver electricity to Nigerians, and TCN efficiently manage the transmission infrastructure while shareholders of the NIPPs consider a market-based mindset in the operations of the NDPHC. 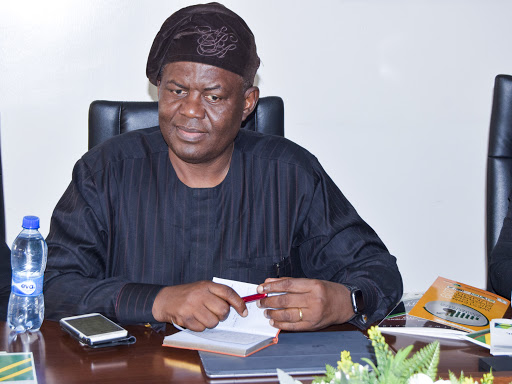