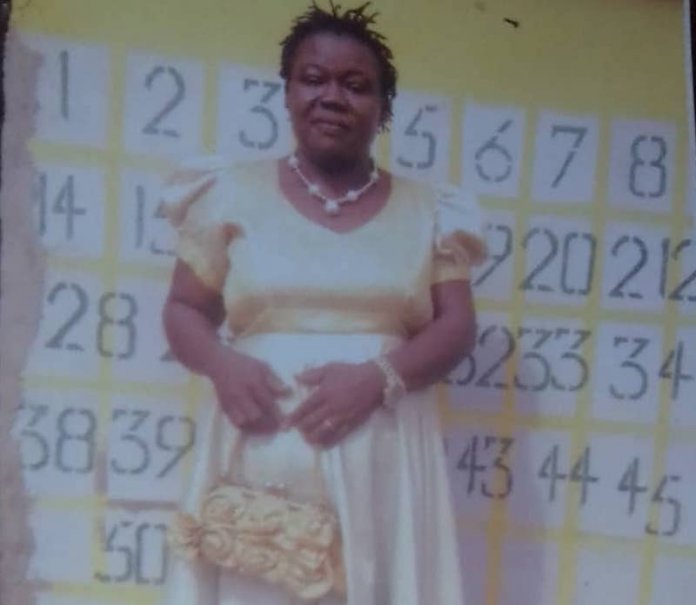 A father of triplets, Mr. Kendrick Unaidet, has appealed to Nigerians to come to the aid of his wife, Juliet Nkechi Unaidet, 43yrs, who is down with ovarian cancer at the University College Hospital (UCH), Ibadan.

Speaking in an emotional voice, he lamented that the family had spent close to N1 million to take care of her since she was admitted 31 December, 2019, stating that the huge bill which keeps on rising everyday was beyond what the family could shoulder.

Unaidet who put the amount needed to save the life of his wife at over N3 million as she would undergo chemotherapy from stage one to six with each costing N500,000, said the illness of the mother of five had taken toll on the family as he and the triplets, who are the first born were the ones taken turn to be with her, with the triplets abandoning their academic pursuit of preparing themselves to take UTME examination at over 20 years.

According to him, “She was first admitted and managed as a case of multiple pregnancy and subsequently delivered of a set of female triplets on May 29, 1999, under Prof. Isaac Adewole, Consultant, O & G Department.

“The patient medical challenges emerged after the last delivery in which she was brought to the facility on account of intra-abdominal mass/ ovarian cancer. CT scan showed multiple fibroids, the largest of these measures approximately 5 cm in the fundic region with peripheral classification.

“Diffuse subcutaneous swelling in interior and posterior abdominal wall. Old P3+0(5A) (triplets). Presented in the facility in progressive abdominal swelling and recurrent pain “X”. She was subsequently evaluated for ovarian malignancy. She had a staging laparotomy which evacuated multiple tumor of the ovary on 31 December, 2019. Previous chest x-ray shows bilateral pleural effusion.

“Her treatment will include clinical examinations, reviews and chemotherapy stage one to six in successive format.

“During surgery, 7.5kg fluid mass was extracted from her stomach. After five days of surgery, the mass fluid is accommodating so fast again and the doctor said only the commencement of chemotherapy can address the fluid mass.

He said kind-hearted people willing to assist the her can send their donations to – Kendrick Unaidet, Account Number , 0029605506 Guaranty Trust Bank.