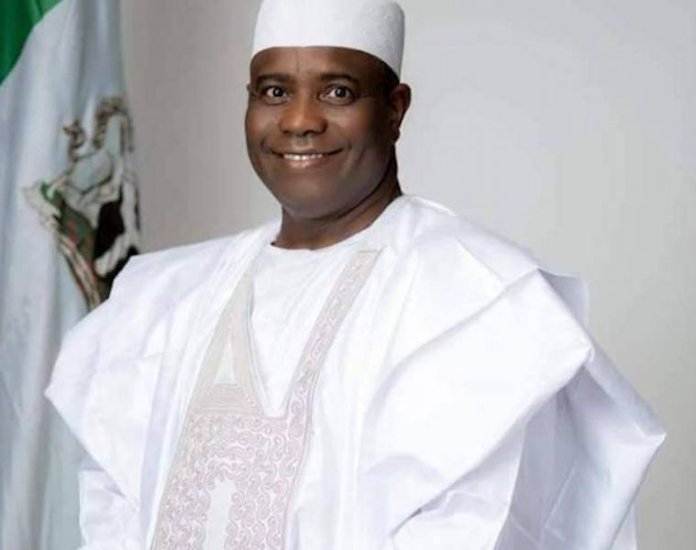 By Onuminya Innocent
Sokoto, the seat of the caliphate, was on Monday thrown into wild jubilation as the news of the Supreme Court verdict, which affirmed the election of Governor Aminu Waziri Tambuwal, filtered in.
THISDAY gathered that both the young and old trooped out in the ancient city to celebrate Tambuwal’s victory.
Alhaji Abdullahi Muhammad, who spoke to THISDAY, said that he was happy to be alive to witness this historic event, adding that the victory was historic because the All Progressives Congress (APC) was disappointed despite boasting that it would use the federal might to win at the apex court.
In a telephone interview with the state secretary of the Peoples Democratic Party (PDP), Alhaji Kabiru Aliyu, said God has liberated the state from the hold of godfatherism, adding that power comes from Almighty Allah and since Tambuwal was destined to ruled the state for eight years, there is nothing any mortal man can do to shortchange the will of God.
He advised Ahmad Aliyu and Senator Aliyu Wamakko to join hands with Tambuwal in building the state.
Supporters of the PDP were seen jubilating in roads leading to the Ahmadu Bello Way, Emir Yahaya Way, Government House, the Sultan’s palace causing a serious traffic jam.
The Army, police and other security agencies were seen patrolling the major streets in the Sokoto metropolis to forestall a breakdown of law and order.
The Supreme Court, had in the early hours of Monday, affirmed the election of Governor Tambuwal as the duly elected governor of Sokoto State.

editor - April 3, 2020 2:42 am
78
GUEST COLUMNIST: KINGSLEY MOGHALU “Leadership is not about a title or about a designation. It’s about impact, influence, and inspiration.” – Robin S. Sharma Author of...