Today, January 20, 2020 marks the 25th Anniversary of the establishment of THISDAY Group of newspapers. Hearty congratulations on this great feat. It is no mean achievement that in an economy that is very inclement to business, where there is a lot of mortality of enterprises, THISDAY has survived the odds and has grown to become Africa’s most authoritative media technology group.

My first encounter with the newspaper was on Tuesday, November 18, 2003 when my article entitled, “Accessing Health Through NHIS” was published in the medium. Since then, I have been a regular contributor to the commentary page of the newspaper. In December 2017, I was recruited to become in-house news analyst with THISDAY sister organization, Arise TV News. It’s been a worthwhile adventure.

In its 25 years of existence, THISDAY has become positively disruptive of Nigeria’s media landscape. Its publisher, Prince Nduka Obaigbena has brought a lot of innovations into Nigerian journalism. Among them are the following:  THISDAY in 1995 started publishing without owning a printing press. That was unprecedented. Many other newspapers have been copying that business model.  Nduka brought about a switch to colour printing after many other newspapers had experimented and retreated. That has since remained an industry standard. It was this charming Prince that also turned the back page of the newspaper to the prime location for columnists. It is now industry norm. He equally eliminated the practice of printing two different editions of the newspaper for the same day. Furthermore, he introduced the publication of the full table of daily transactions at the Nigerian Stock Exchange (NSE).

In 1997, Obaigbena introduced a weekly supplement known as THISDAY Style which has become the most sought-after supplement on style and fashion in any Nigerian newspaper today. He also rebranded rejoinders as “Right of Reply”. In 1998, he introduced “map painting to provide at-a-glance previews of how political parties would perform in states and geo-political zones at election times. He equally introduced electronic filing of news report unlike the usual practice of handwritten stories.

In a tribute to mark Nduka Obaigbena’s 60th birthday on July 16, 2019, Simon Kolawole,  a former editor of the newspaper and publisher of The Cable online news medium from whom I got most of the aforementioned innovations, said: “It is only fitting to describe Obaigbena as the most positively disruptive and innovative entrepreneur in the history of Nigerian media — on the basis of evidence. Since 1859, the Nigerian newspaper industry has been impacted by great entrepreneurs and managers such as Henry Townsend, Nnamdi Azikiwe, Obafemi Awolowo, Babatunde Jose, MKO Abiola, Alex Ibru, Sam Amuka-Pemu, Olu Aboderin, Segun Osoba, Stanley Macebuh and Kabir Yusuf, to name a few. In the annals of the Nigerian media, Obaigbena has by dint of creativity and foresight — as well as the force of resilience — written his name in bold.” Well said!

I hereby wish the management and staff of THISDAY, not forgetting the publisher, many happy returns of this day. May this media conglomerate continue to set pace and soar for many centuries to come. 25 hearty cheers!!!

Ojo is a Development consultant, author and public affairs analyst 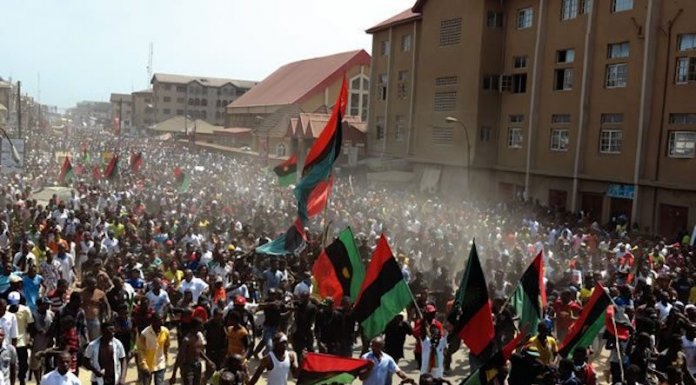 Abiodun and the War of Ogun Political Godfathers

From CFA Franc to Eco: Just a Name Change?