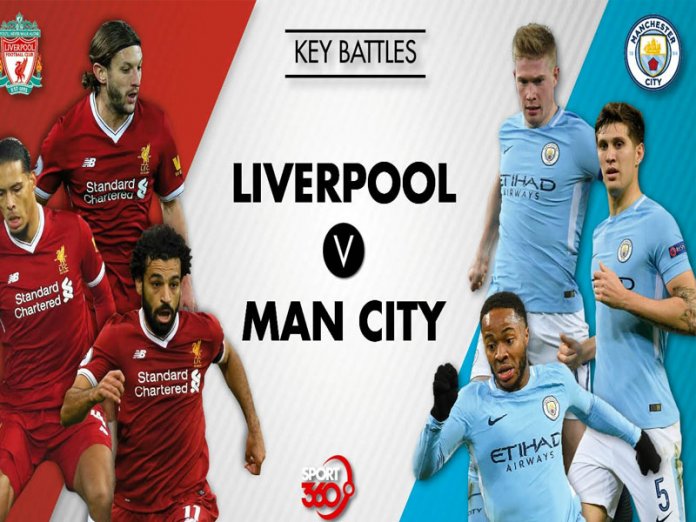 Jurgen Klopp’s side have shattered records galore while building a 14-point lead at the top of the table, but now come up against the only team to have taken points off them in the league so far this season.

Liverpool versus Manchester United needs no extra billing, and players on either side need no extra incentive to be at their best in what remains English league football’s red-letter day.

However, the plights of both clubs make the latest edition of this fixture even more intriguing, with Liverpool keen to make up for dropping their only points of the season to their greatest rivals while United would love nothing more than being the team to end Liverpool’s unbeaten run.

The Red Devils have form in that respect too; Liverpool’s current 38-game unbeaten streak is the third-longest in Premier League history, but it was United that ended the only two runs which have gone on longer – Arsenal’s 49-game streak in 2004 and a 40-game run for Chelsea one year later.

It could prove to be an ominous sign for Klopp’s side, although the German has repeatedly stated that he is not even interested in his own team’s historic feats so it is highly unlikely that he knows or even cares about United’s streak-ending form.

Those results against Arsenal and Chelsea also came at a time when United were among the dominant forces in the Premier League, but that is a title which Liverpool alone can boast this season.

The Reds go into the weekend with a 14-point lead over second-placed champions Manchester City and a whopping 27 points clear of United, all with a game in hand too.

The astonishing form which has placed them in what is surely an unassailable position is difficult to comprehend – an almost unfathomable run of 29 wins from their last 30 Premier League outings, with the only exception being October’s 1-1 draw at Old Trafford.

Last weekend’s 1-0 victory over Tottenham Hotspur – which ended up being perhaps more nail-biting than it should have been – ensured that they have now registered more points at this stage of a season than any club has ever managed in the history of Europe’s top five leagues, amassing 61 from the 63 on offer.

The result also made it the equivalent of a full Premier League season unbeaten, with Liverpool racking up 104 points during that time – unsurprisingly another record for any 38-game streak by any club in the history of the competition.

For context, United have lost 11 top-flight games since Liverpool’s last defeat more than a year ago, and yet still Klopp insisted after the Spurs match that he “felt nothing” when informed of the latest historic exploits of his team.

The reason for that is simple; Liverpool’s class of 2019-20 may have etched their names into the history books forever, but they are determined not to rest until the club’s name is also etched on the Premier League trophy.

Thirty years of hurt have been exacerbated by United picking up 13 titles in that time, overhauling Liverpool’s record tally of 18 and extending it to 20 league crowns in the race for all-time domestic supremacy.

At this stage it looks as though Liverpool will regain that particular bragging right before United can extend their lead any further, and another triumph today would be the latest major step on what is looking more and more like a title procession for the champions elect.

United’s visit is the last match Liverpool play against any of the current top six – or indeed the established ‘big six’ – until visiting the Etihad Stadium at the start of April, by which point they may well have already wrapped the title up at their current rate.

It would also be the game in which they can equal Arsenal’s 49-game unbeaten record, incidentally, but there will be no suggestion of looking that far ahead just yet from within Anfield.

For all of their dominance this season, Liverpool know that any complacency is likely to be punished by a United side that is still able to raise their game for the big occasion.

Indeed, the Red Devils are unbeaten in matches against the current top four so far this season, most recently beating Manchester City at the Etihad and also overcoming Leicester City and Chelsea earlier in the campaign.

Ole Gunnar Solskjaer’s side were also only five minutes away from beating Liverpool in October’s reverse fixture and come into this match off the back off consecutive wins, thrashing Norwich City in their last league outing and edging past Wolverhampton Wanderers in the FA Cup on Wednesday night.

The latter result may have come at a cost, with top scorer Marcus Rashford a major doubt for this match having aggravated a back injury, but every win will increase the confidence of a side that has struggled for consistency throughout the season.