The Deputy Chairman of the Senate Committee on Customs, Senator Francis Fadahunsi, has alleged that the recruitment exercise being carried out by the department of Customs and Excise was mired in controversy and therefore dismissed it as a fraud.

He also queried why despite having all the worldclass training facilities, the Comptroller General of Customs, Hamid Ali was budgeting N1.6 billion for the recruitment and training, insisting that it was fraudulent to vote money for what had been put in place.

The NCS had recently shortlisted over 160,000 candidates for a 3,200 opening and called them for a written test early in the week.

Fadahunsi, who recently raised the alarm that the Customs boss was using N1.6 billion for the recruitment of just 3,200 new officers, was reacting to a clarification by the NCS that the money in question was meant for not just recruitment but also the six months training of those to be recruited.

The Osun East lawmaker, in his statement, said the only reason CG Ali could give for outsourcing the recruitment and training of personnel to outsiders was to find jobs for the boys.

He said: “Ali lied to the nation and should not be trusted by anybody. The reason is that Customs has full-fledged training facilities. There is one in Ikeja, Lagos, with full accommodation and is fully automated.

“There is also another advanced training college in Karu, built to university standard for senior officers. It is headed by a Deputy Comptroller General, a well-trained officer, while the one in Ikeja is headed by a Comptroller.

“These facilities are recognised by the World Customs Organisation (WCO) and they are acknowledged as centres of excellence.

“Customs also has the best training school in Kano for junior officers. These schools are well staffed and the have excellent facilities. The junior staff training school can accommodate a lot and is headed by a Comptroller. The schools also have canteens that can cater for the feeding of these trainees.”

Fadahunsi also disclosed that all the training schools had their annual budgets for training, querying why Ali outsourced the recruitment and training.

“The question now is why will anyone rightly think of outsourcing the training of Customs officers if not because of greed.

“It is never heard of that the military and paramilitary organisations in any country outsourced their recruitment and training if not for greed and to find jobs for the boys.

“This was the same thing that led to the death of scores of young Nigerians when the former Minister for Interior outsourced the recruitment for the Nigerian Immigration Service.

“Nigerians should also remember that this so called recruitment exercise kicked off in April, 2019 and for reasons best known to Ali and his team, it dragged until now. In the course of this, families have lost millions of Naira through the activities of people who took advantage of job seekers.”

“To further confirm that the recruitment exercise is a ruse, applicants were receiving sms inviting them for the test barely an hour  after the exams”

Speaking further, the Senator queried the deployment of an army General, Kebbi born Brigadier General Buhari as the Principal Staff Officer (PSO) to CG Ali, describing it as anomaly that has been taken too far.

“General Buhari has been working with Ali as PSO for the past four and a half years. This is to the detriment of professional Customs officers. This same army general is alleged to have taken over the function of the posting committee, as he now handles exclusively the posting of Comptroller, Assistant Comptrollers and Deputy Comptrollers.

“It is disheartening that since Ali became the CG, professionals in the service have been rendered useless and have been dealt several emotional and psychological blows that have no doubt affected their productivity.”

The Senator, who again affirmed that he did not have any personal issue with Ali but concerned with the service and how it could effectively carry out its revenue collection duties for the economic benefit of the country”.

He however called on the President to rescue the service and also ask the Chief of Army staff why a General will be PSO to a retired Colonel who is on appointment with the Customs service.

“Mr. President must disabuse the minds of Nigerians who now see the Customs as an annex of the Nigeria Army. The Senate committee Chairman is a retired Army Major, the Comptroller Genaral is a retired Colonel and a serving General is the Principal Staff Officer” 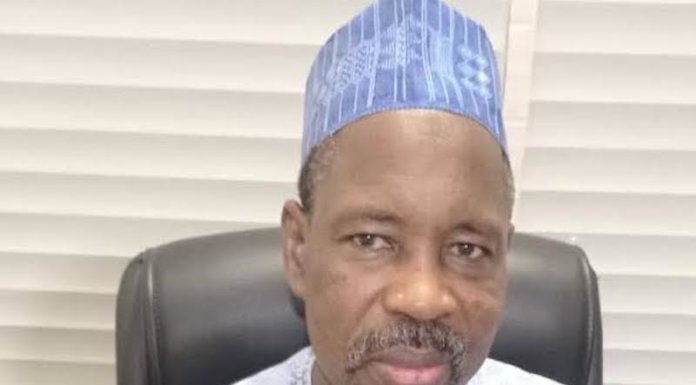