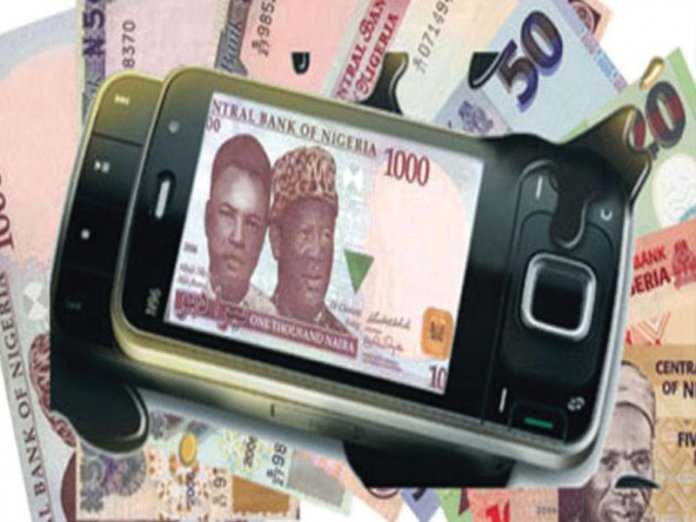 One of the gains on digital economy, which the Ministry of Communications and Digital Economy is currently targeting to digitise the economy and stimulate productivity among businesses, which could best be achieved through mobile money that is backed by cashless policy, writes Emma Okonji

The circulation of money facilitates the exchange of goods and services in an economy. And when money doesn’t circulate, the economy slides into recession. David Boyle of the New Economics Foundation once drew an analogy between the human body and the economy when he said: “Money works like blood – it needs to circulate around the economy if it is going to keep it alive.”

When money circulates in the economy, it creates social relations beyond the control of the actors. A doctor that earns money from seeing patients and performing surgical operations will use some of that money to buy food from a restaurant. The restaurateur will, in turn, use that money to pay rent for their business premises and the landlord will use the money to pay the school fees of her children. The school will use the money to buy books for their students and so on. In this way, the money circulates around the economy and stimulates productivity.

While the rich can afford to convert their wealth in shares and stocks, precious stones, landed property and luxury items, poor people are more likely to deal in cash.

In her book ‘Access for All: Building Inclusive Economic Systems’, Brigit Helms estimates that approximately two billion poor people worldwide still lack access to financial service. One of the reasons for this is physical access: it is more commercially viable for banks to locate their branches in urban than in rural areas. This means that rural dwellers often have to travel long distances to the nearest town in order to conduct banking services. When groups such as teachers in rural areas make scheduled trips to the bank on payday, it is easy for criminal elements to target them and rob them.

Many of the  people in rural areas lack any form of identification, making it extremely difficult to open bank accounts or operate most financial transaction channels. However, most have access to a mobile phone. According to statistics from the Nigeria Communications Commission (NCC), the telecoms industry regulator, Nigeria had 182.4 million connected GSM lines as at November 2019. This means that the percentage of connected lines in Nigeria is on the high side, given its population of over 200 million people. This is not surprising, given that many people have more than one phone line to serve as insurance against issues of service availability and inter-network connectivity. Of the 182.4 million connected GSM lines, 174 million was active as at June 2019. On the other hand, only 40 per cent of Nigerians have bank accounts. In northern Nigeria alone, it is estimated that more than 78 per cent of people are financially excluded. Many women have no access to financial services, with more than 55 per cent being financially excluded. Young people between the ages of 18 and 25 account  for 34 per cent of people who are financially excluded in Nigeria.

It was, therefore, a little surprising that the Central Bank of Nigeria (CBN) decided that financial inclusion for the poor should be led by the banks in  its bid to properly manage public funds and promote cashless banking and increase the number of people that transact business through banks. The thinking was that encouraging people to open bank accounts will similarly encourage the use of debit cards and point of sale machines, thereby reducing the need for large amounts of cash in circulation.

Given the high incidence of corruption in the country and the difficulty of tracing illicit financial flows when they are done in cash, it is easy to understand the thinking. Concerns about terrorist financing also made it necessary to track the movement of money around the economy and the more that this is done through banks, the easier.

The problem  with the bank-led approach, according to the former Director-General of the Bureau of Public Service Reforms, and currently the Nigeria Country Director of DAI, a global development company, Dr.  Joe Abah, “is that there are no banks in many rural communities. The use of point of sale (POS) machines is also very limited, given that a lot of trading activities in rural communities take place in open markets. Without a bank account, it is impossible for a trader to register for and use POS machines. Without a bank account, it is similarly difficult for a buyer to make payment for goods using a debit card.”

According to him, lofty as the CBN’s bank-led financial inclusion agenda was, it had the effect of excluding the very people that it was designed to benefit. The result of this is that today, only 6 per cent of Nigerians use mobile money compared to 73 per cent in Kenya.

“With Kenya’s Mpesa, you can get United States Dollars from abroad within five minutes using PayPal. For people in the diaspora, being able to send money directly to a rural dweller who may be in need is a great convenience. Kenyans use Mpesa to pay for virtually everything, including food, buying clothes at the market or paying for a haircut at the barbers or a new weave at the salon,” Abah said.

Although it has been the initiative of telecommunications operators to drive the whole processes of mobile money and cashless policy, as against the current bank-led initiative, the CBN had, however, long opposed to it, insisting that it must be bank-led because of the involvement of public finance, which the CBN strongly believes that only the banks have better expertise to handle.

The central bank explained that the approvals were in line with its objective of enhancing financial inclusion and the development of the payment system by increasing access to deposit products and payments services through a secured technology-driven environment.

According to the Director, Corporate Communications Department of the CBN, Isaac Okorafor, the approvals were  part of the processes the institutions had to fulfill in order to be granted license to operate as fully-fledged PSBs.

Before the approval was given, telecoms operators who secured Agent Banking Licence to operate agent banking in rural communities, had since deployed their services in several rural communities across the country, in order to promote cashless economy and replicate the success of Kenya’s Mpesa in Nigeria.

The reason why mobile money achieved scale in Kenya is because their financial inclusion drive was driven by their telcos, not banks. Thankfully, the CBN Digital Financial Services Policy of 2018, is already creating avenues for telcos to be actively involved in driving mobile money initiative in Nigeria. MTN was the first telco to launch the service in Nigeria in August 2019, with the aim of commissioning 500,000 agents for its MoMo Agent service. This push will have the dual effect of creating thousands of jobs while making it easier for rural dwellers to be financially included.

By dialling the *223# USSD code, customers can find MoMo agents in their neighbourhood as well as the location of the person you intend to send money to.

Commenting on the importance of MoMo Agent service in driving mobile money initiative in the country, Dr. Abah said: “I decided to try it and received a welcome message to the ‘MoMo Agent Locator Service. It then asked me to put in the State I was in and the local government or town. I was able to find an agent near my residence in Abuja. I then tried to find an agent in Ebonyi, my home state, and initially could not find any in my local government area. However, when I searched for agents in Abakaliki, the state capital, I received a total of 37 contacts for MoMo agents spread across the entire state, including a few in my local government area.”

According to him, “Interestingly, many of the agents were located in rural markets, motor parks and tertiary institutions. I am yet to actually send money using the service but will do so soon. How it works is that you hand an agent the cash you want to send and they give you a code with which they have sent it to the recipient. The recipient then goes to an agent near them, presents the code and picks up the cash.”

The next level up from the Super Agent licence is the Payment Service Bank (PSB) licence. This will enable the licence holder to take non-public-sector deposits, issue debit and prepaid cards, invest in federal government securities, sell foreign currency and even deploy ATMs. While traditional commercial banks generally feel nervous about PSBs, experience from across the world has shown that there is often a mutually beneficial relationship between commercial banks and PSBs. Synergies and partnerships often translates to reduced infrastructural and running costs, as each party leverages their core strengths without duplicating efforts.

The CBN has already awarded PSB licenses to Glo and 9Mobile, with MTN and Airtel awaiting theirs  subject to the satisfaction of key regulatory requirements. It is to be hoped that as more financial service providers get on board, an increasing number of Nigerians will be better empowered to chart a more sustainable path to entering the formal economy.