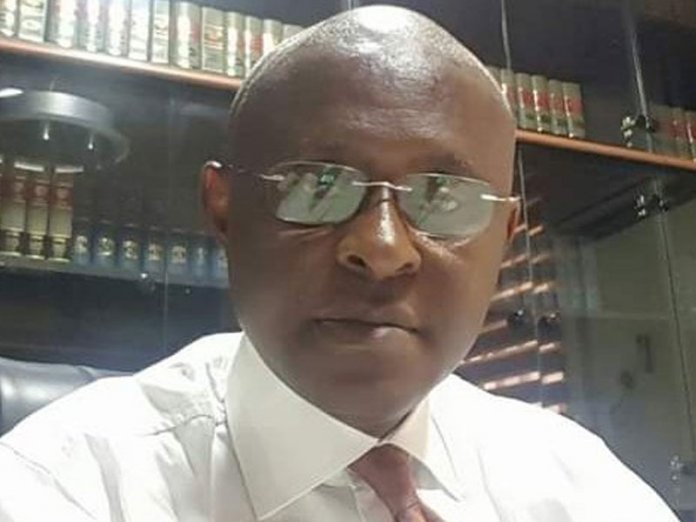 Kenneth Ikonne, a legal practitioner, posits that Governor Emeka Ihedioha’s legal team made a serious mistake by not filing pivotal cross petition challenging the integrity of the suspect polling units results upon which Senator Hope Uzodinma was relying, and in the absence of a cross petition, the Supreme Court was right to rely on the Electoral Act and Evidence Act in favour of the said results, to reckon with them and add them up to the final result, which upturned Ihedioha’s position and gave victory to Uzodinma

It is indeed a perplexing paradox: Hope Uzodinma may not have won the 2019 Imo State gubernatorial election, yet the Supreme Court, on the facts, was right in declaring him the winner of that election in law. The error was not the Supreme Court’s, but that of Governor Emeka Ihedioha’s legal team; and it was a crucially fatal error.

What happened was this: during the governorship election in Imo State, apparently concocted results, perhaps, not having any basis whatsoever in reality, but signed by Independent National Electoral Commission (INEC) presiding officers, were turned in from more than 350 polling units, giving Hope Uzodinma of the APC an incredibly unassailable lead. When those results were transmitted to the wards collation centres, the collation officers, who had no power in law to cancel or reject them, rejected the said polling units results, and refused to collate them, thereby effectively excluding them from the total tally of the governorship result that was eventually declared by the Returning Officer. In the aftermath of the said exclusion, the INEC declared Governor Ihedioha the winner of the election.

The exclusion of the results of those polling units was the fulcrum of the petition presented at the Tribunal by Hope Uzodinma. Ever since David Mark V. Abubakar Usman, and Doma V INEC, the law has been settled that neither collation officers nor a returning officer, has the power in law to exclude a polling unit result duly signed by the presiding officer at the polling unit; only the election tribunal possesses the power to cancel or exclude such a result. So, at the point of its presentation, Senator Uzodinma’s petition was potentially viable, in spite of the apparent dubiousness of the polling units results on which it was anchored, there being a rebuttable presumption of regularity and correctness, by virtue of both the Electoral Act and Evidence Act, enuring in favour of any result declared by a presiding officer.

The backbreaking and fatal error made by Ihedioha’s legal team was in not filing a cross petition fiercely challenging the integrity of the suspect polling units results upon which Uzodinma was relying, and praying the election tribunal to formally nullify the said results. Without a cross petition, none of the grounds under section 138 (1) of the Electoral Act for questioning the elections conducted in those polling units in which Uzodinma “won” could have been competently raised by Governor Ihedioha in his defence to Uzodinma’s petition. This was the ratio decidendi of the old Court of Appeal decision in Idris V. A.N.P.P.(2008)8 NWLR(PT.1088) Page 1. In the recent Court of Appeal decision in Atiku Abubakar V. Buhari, the Court of Appeal again invoked the principle in dismissing Buhari’s contention that Atiku Abubakar was born in Cameroun to parents who originally were Camerounians, and thus disqualified from contesting the election. Dismissing the contention, the Court of Appeal held that the issue was incompetent, since Buhari did not file a cross petition.

Ihedioha indeed did set up facts in his reply to the petition rehashing the serial infractions that led to the exclusion of the results of the said 300 plus polling units. But that was legally not enough, in the absence of a cross petition. Besides, such renditions by a respondent in a mere Reply or Statement of Defence are clearly incompetent. The reason for the incompetence was made clear by the Court of Appeal in National Judicial Council & Ors V. Hon. Justice Jubril Babajide Aladejana & Ors (2014) LPELR – 2413 (CA) Page 31, paras C – F, at ratio 3 thus –

“The law is that it is a plaintiff who by his statement of claim primarily nominates issues to be tried in a suit and which he relies on to have the judgment of the court. For a defendant, it is only necessary to resist the plaintiff’s claim on the facts pleaded. It is not for a defendant to set up facts which would convey that it is not just setting up a defence but setting up a new case of his own. He can only do so by way of a counter claim…”

Shorn of the legalese, what the above authority is simply saying is that since the issue nominated for trial by Hope Uzodinma was the unlawfulness or otherwise of the exclusion of the results of the 300 plus polling units by the ward collation officers, Ihedioha’s defence was therefore necessarily restricted by law to showing that those who excluded the results had the power in law to exclude them. Without a cross petition praying for the nullification of those results, the law forbade Governor Ihedioha as respondent from raising the issue of the alleged serial corrupt practices and irregularities marring the said results, in a mere statement of defence; that was a new issue not nominated by Uzodinma as petitioner. Ihedioha, being a Respondent, could only have competently raised them via a cross petition, being a new issue not nominated by Uzodinma, the petitioner.

Tragically, Ihedioha’s legal team forgot to include the pivotal cross petition. And in the absence of a cross petition, the Supreme Court was right in law, painfully though it may seem, to rely on the presumption of regularity and correctness enshrined by both the Electoral Act and Evidence Act in favour of the said results, and to reckon with them and add them up to the final result, since Ihedioha’s legal team had woefully failed to effectively attack the results and rebut that presumption. For the Supreme Court, this was the legally correct conclusion to come to, having found that INEC had no power in law to exclude polling units results duly affirmed by the various polling units presiding officers