It is an opportunity for a new beginning, writes Bamidele Oba

Last Monday, Abdulrahman Abdulrazaq, Governor of Kwara State was in the Presidential Villa to keep an appointment with President Muhammadu Buhari. Though the governor claimed he came to express New Year wishes to the president and present him with a list of requests for assistance, sources close to the Villa said that he rushed to Abuja after he was told that the president was unhappy with the news he was hearing about the governor who on the platform of the All Progressives Party (APC) promised the people so much but after his election has concentrated on frivolities, score settling and bickering with all and sundry.

On hearing about the latest development on the demolition of Ile Arugbo, the old people’s home being used by the late Dr. Olusola Saraki for his social welfare programmes to the benefit of the aged women and the needy generally, President Buhari was said to have asked regrettably that “who really does that young man listen to?” The impression already being created in the mind of the president made Abdulrahman to quickly seek appointment with the Chief of Staff, Mallam Abba Kyari. He was said to have struggled while explaining some of his recent actions in the meeting with Buhari. In his usual style, most of his presentation was focused on what his predecessors did or did not do.

And this was obvious when he came out to speak with the State House Press Corps.

However, there are people who believe that the Aso Rock meeting ought to be a turning point for the governor. I am one of those who believe in this line of thought. The Kwara State Governor has wasted the last eight months of the administration igniting various wars within and outside the party on whose platform he was elected. From fighting the Saraki family and bad mouthing his immediate predecessor, Abdulfatai Ahmed, to unleashing the EFCC, rightly or wrongly, against the former House of Assembly members and former Local Government chairmen/councillors to inciting some party members against Kwara APC chairman, Bolarinwa and making the House of Assembly speaker disobey a court judgment by not swearing in a member of the opposition who won his election petition up to the Court of Appeal, the governor has ensured that since he took over in Ilorin, it has been one day, one trouble.

leader in the state, Alhaji Lai Mohammed, who is Minister of Information and Culture. Equally, he is not on good terms with the second minister from the state, Senator Gbemi Ruqayat Saraki as well as the man in Lagos who also was their strategy arrow-head during the ‘O to Ge’ campaign. With all these various battle fronts opened, what one hears or reads from Ilorin are news of fighting, dirty politicking and cosmetic achievements like the governor driving a Hilux van around town, bringing in a youthful musician, Wizkid, to Ilorin at an exorbitant fee and the rest of them.

Many believe the governor has taken all these approach because he lacks the requisite capacity and working experience to do otherwise. He may also have lacked quality advice as he has chosen a cabinet of minions and has to work with a legislature in which the only returning member, Hon. Saheed Popoola from Offa is now treated as an enemy. Also, he has alienated himself and his administration from people who could help him focus on development goals that can positively define his administration.

Obviously, Abdulrazaq who had contested for the governorship and senatorial seats several times in the past must have thought running a state is like hosting a wild party in Chicago or one of the beaches in Miami. He thought being a governor and operating as a loner, donning back packs and sneaking in and out of airports without company is all that it takes to succeed. That is why he was just realizing as he said during the press briefing with the State House reporters that over 70 per cent of the revenue accruable to the state constantly goes into salary payment. Is he just knowing this, particularly after spreading falsehood for years that the state money was insufficient for development because it was used to fund a Godfather? Since he has no Godfather, he should just divert the money that he claimed was spent on The Godfather for development efforts and stop lamenting.

Well, at this point, Abdulrazaq has the opportunity to draw the line. He can choose to chart a new course. He can move swiftly to focus on development and forget about vindictive politics. No good leader continues in the campaign mode almost a year after election had been won and lost. He now has to realize that the last eight months of his administration has been a waste. They have been expended on fighting needless battle and making cosmetic impact. He must now use the next 32 months to work on developing the infrastructure in the state, creating a more conducive atmosphere for investors and development partners to bring in funds into the state.

He must make genuine efforts to promote agribusiness and youth development programmes. He incited the youth in Kwara against the Sarakis. He aroused their interest in politics. Fortunately, many of them were too young to be able to remember what Kwara was before 2003 and appreciate the contributions of both late Dr. Olusola Saraki and his son, Bukola Saraki to making Kwara State what it is today. So, they fell for the propaganda. Now, the present governor needs to satisfy the youths whose passion for politics and for blaming the present leaders for their failure is egregious.

He must find a way to usefully and creatively engage these youths. He has been talking of Agriculture. This is one area to empower the youths and harness their energy for productive ventures. Arts and crafts, sports and entertainment are other areas to engage the youths. Small scale industries and commerce can also help to positively divert the energy of these young and vibrant people into the development of the state. Otherwise, the growing rate of crimes since he became governor will worsen and push the state across the brink.

Abdulrazaq should also focus on social welfare, provision of social services and improvement of the education sector as ways of developing the state and writing his name in gold. This governor should know that he was not elected to complain about the state of things in the State of Harmony. He was elected to improve on the welfare of the people and bring development across board.

Anything short of all these will spell doom for the man who it has taken the last 20 years to get to where he is and has also proved that these last two decades were not used to develop any concrete programmes, policy document and development plans that can be put into action now that he has realized his ambition. Enough of bickering and engaging in diversionary tactics. 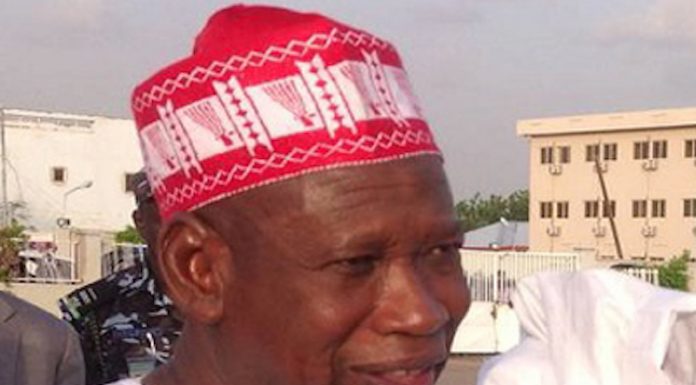