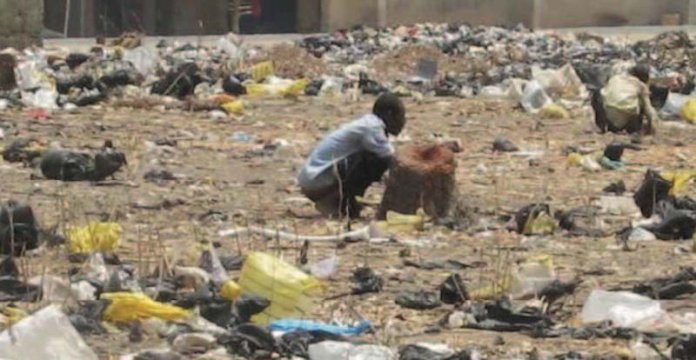 Udora Orizu examines the measures put in place by the federal government through the Suleiman Adamu-led Federal Ministry of Water Resources, to put an end to open defecation, as well as expand access to clean water supply

During the first tenure of President Muhammadu Buhari from 2015 – 2019, the Federal Ministry of Water Resources made some strides to tackle one of its major mandates, which is ending open defecation by 2025 and providing access to clean water by 2030.

The main target of the ministry led by Suleiman Adamu, is to eradicate the menace to open defecation five years from now and ensure all Nigerians have access to potable water by 2030 through Urban Water Sector Reform Programmes and creating a national database on water supply and sanitation facilities.

Access to clean water and improved sanitation facilities is a daily challenge for many Nigerians. This problem is particularly acute in northern Nigeria, where only 30 per cent of the population have access to safe drinking water and adequate sanitation. This contributes to high prevalence of waterborne diseases, and threatens the livelihoods of smallholder farmers.

For Adamu to be brought back by President Muhammadu Buhari to serve a second tenure as the minister of water resources, showed that he must have done right during his first tenure as minister.

The minister who assumed office on November 11, 2015, threw light on the status of the sector by itemising the teething problems that have challenged the ministry and as well painted a brighter future. Few months after assuming office the ministry launched the medium and long term strategic documents for water sector tagged: the roadmap (2016 – 2030), to prioritise and execute the ministry’s projects and programmes.

Adamu while delivering his valedictory speech in Abuja last year said the dismal situation of water supply sanitation sector had been addressed, especially the ability to attain and attract the highest level of political commitment and attention in the WASH sector.

He said before coming on board, Nigeria did not attain the Millennium Development Goals, especially on access to water supply, particularly with the decline in rural areas. This he stressed, was because many of the projects were either abandoned or comatose as they required review of scope, or cost, or lacked consistent funding to be completed.

Most of the projects according to him had attained 40 per cent to 60 per cent level of completion or less, while outstanding liabilities on them stood at N88.8 trillion, and 11 were completed and commissioned.

During his first tenure, the federal government declared a state of emergency on the Water, Sanitation and Hygiene (WASH) Sector and the goal of the declaration is to strengthen Federal-State Partnership towards ensuring that all Nigerians have access to sustainable and safely- managed WASH services by 2030 in compliance with the Sustainable Development Goals (SDG) targets for water (Goal 6.1) and sanitation (Goal 6.2).

The FG through the ministry in 2016 also initiated a National Programme tagged, “Partnership for Expanded Water Supply, Sanitation and Hygiene (PEWASH) as a national collaborative instrument to mobilise resources and harness the efforts of governments at all levels, development partners, private sector, NGOs, philanthropists and communities towards the same objectives and targets of achieving zero percent open defecation and 100 per cent access to water supply and sanitation by 2030 in accordance with the Sustainable Development Goals.

Adamu expressed optimism that in his second tenure he would integrate discussions with China Bureau of the South to North Water Division Project, which is a collaboration between the Bureau and the Lake Chad Basin Commission.

Getting the 9th senate to pass the Water Resources Bill to law, is one of the major focus the minister during his second tenure. The bill which is currently before the Senate has generated lots of controversies with so many senators rejecting the bill.

Adamu earlier on revealed that his biggest regret during his first tenure as minister was his inability to ensure the passage of the bill to law. The minister who spoke at a valedictory press briefing in Abuja last year said he wished he could have celebrated the enactment of the Water Resources Law.

He explained that many didn’t understand what the bill is about, saying that the bill when passed into law, contrary to popular belief, will establish water sector governance. He expressed regret at the political challenges that attended the Water Bill under consideration by the past National Assembly but, expressed his confidence that the 9th Assembly will favourably consider and pass the bill into law.

He opined that he would continue to work with all stakeholders and the entire water family to persuade Nigerians to appreciate the importance of the Bill.

According to him, “the federal government intends to ensure through the provisions of the law, that the water resources of the nation are protected, used, conserved and controlled in a sustainable manner for the benefit of all person in accordance with its constitutional mandate.

“Unfortunately, this is not to be, as you would recall that while the bill had a smooth sail in the House of Representatives, it unfortunately, became unnecessarily controversial in the Senate. It is my strong belief and hope that the 9th Senate of the Federal Republic will be more dispassionate about the intent, letter, and spirit of the bill and accelerate its passage. The benefits of the bill is for the development, management and efficient use of the nation’s water resources in line with global best practices.”

Open defecation can be defined as a human practice of defecating outside rather than using a toilet facility. People may choose fields, bushes, forests, ditches or other open places to defecate. They do so because either they do not have a toilet readily accessible or due to traditional cultural practices and this brings about many types of water borne diseases such as diarrhoea, typhoid, cholera and polio, leading to preventable loss of lives especially that of under age children.

According to a recent report by World Health Organisation and the United Nations Children’s Fund, over 47 million Nigerians, which is about one in every four people, engage in open defecation. Now Nigeria is believed to have overtaken India as the world’s headquarters for open defecation.

The federal government, through its ministry of water resources insisted that it will leave no stone unturned in eradicating the increasing menace of open defecation in all the 36 states and Federal Capital Territory (FCT).

To purge open defecation in the country, the ministry earlier on put in place the Open Defecation Free (ODF) Campaign plan to fulfill its Ngor Declaration Commitment and to operationalise the ODF roadmap. However, it didn’t yield much as Nigeria recently over took India’s spot as number one in terms of people practicing open defecation.

Coming back to office, the minister began moves to ensure that deliberate and sustained attention needed to end open defecation in the country is put in place.

In November 19, 2019, the federal government through the ministry launched Clean Nigeria: Use the Toilet campaign to tackle open defecation.

During the national launch and flag off of the campaign in Abuja, Buhari represented by Vice President Yemi Osinbajo noted that the Clean Nigeria campaign is a national transformative programme to mobilise the entire nation towards imbibing the culture of safe and sustainable sanitation.

The president further expressed optimism that the campaign will trigger states and local governments to launch their own mass mobilisation of citizens of their states towards the target goal that has been set.

On his part, Adamu stressed that the success of the campaign is dependent on strong engagement with states, local governments and other stakeholders to secure the needed political and high level commitment required to drive it.

To ensure that citizens remains committed to being open defecation free, President Muhammadu Buhari recently signed an executive order 009. The Order declares that the National Open Defecation Free Roadmap developed by the Federal Ministry of Water Resources with support from other key sector players across Nigeria be put into effect.

“There has been established in the Federal Ministry of Water Resources a National Secretariat called ‘Clean Nigeria Campaign Secretariat. The Secretariat is authorised on behalf of the President to implement this order by ensuring that all public places including schools, hotels, fuel stations, places of worship, market places, hospitals and offices have accessible toilets and latrines within their premises,” a statement by Senior Special Assistant to President Buhari on Media and Publicity, Garba Shehu, said.

Also, the minister of water resources, during a chat with journalists in his office in Abuja recently, said such laws is not to compel people but rather to promote behavioural change in hygiene promotion and curbing the menace of open defecation.

He said, “We need the individuals and communities to have this behavioral change. It’s a personal responsibility of a household for their well being and dignity to imbibe the culture of building and looking for toilets around them to relive themselves.

“We are hoping that once the campaign gets into the mind of people, our job is done. So when the communities begins to see that this is not right, this behaviour will change. And at the end of the day what is left for us is monitoring the process and if the communities are not doing it we will apply some tested methods to go and trigger them and find a way to mobilise them and do more advocacy for them.

“Open defecation is a bad practice and should be stopped and we as government at federal and state level have our own responsibility where these facilities are not available we should make a concerted effort now to provide an alternative, If we all unite in this, we will get there by 2025.”