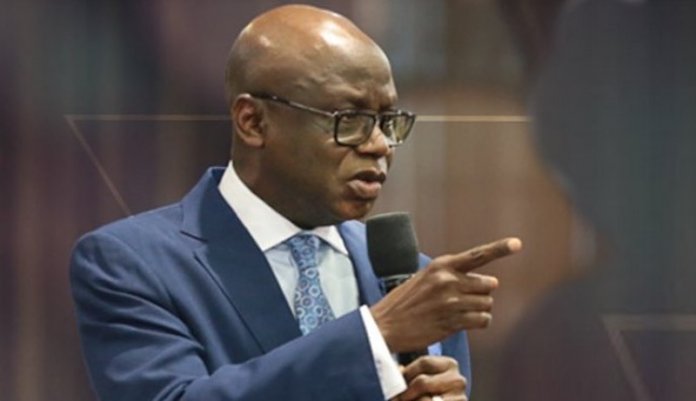 Following my State of the Nation address on Sunday, January 5, 2020, I am constrained to make some brief clarifications due to the unrecognisable reconstruction of my utterances in the media, and the subsequent responses to these distortions. Speaking on the theme “Unveiling the True Enemies of Nigeria,” I surveyed various forces militating against the emergence of the New Nigeria at the turn of a new decade. While highlighting the commendable efforts of our founding leaders in contrast with their wayward successors who occasionally masquerade as democrats, I challenged Nigerians to set aside differences of ethnicity, religion and partisan affiliations as we unite against our common enemies; I also highlighted the grave dangers of the proposed Social Media Bill and an increasingly alarming tendency to clamp down on perceived dissent and opposition. I concluded by offering counsel to President Muhammadu Buhari on three key areas of focus, namely: strong leadership, strong institutions, and strong succession.

My use of the word “succession” has drawn curious reactions from various quarters. It has been largely interpreted as my asking Buhari to foist his choice on the nation in flagrant disregard of democratic principles. I neither did this, nor did I insinuate at any point that Buhari should “pick” or “choose” his successor as some news outlets have conjured. My exact words: “…the third pivotal objective of governance should be to build a strong post-Buhari legacy facilitated by accurate succession…Therefore, even as we build institutions of democratic governance, a key responsibility that history has bestowed on President Muhammadu Buhari at this turning point in our journey to nationhood is to institutionalise systems of accurate succession that will build and sustain the Nigeria we desire. This is a task that must be done.”

There is no variance between this and my earlier suggestion in October 2018 that:

“…we must interrogate the method by which such leaders are produced. How effective is this electocracy masquerading as a democracy? Does our current system guarantee the emergence of the best and brightest leaders or does it constrain us to the choice between the devil and the deep blue sea? Have we helped ourselves by asking Nigerians to get their PVCs without paying attention to what happens at the primaries? What have we done at this time to ensure that after elections, a president or governor is not surrounded by people who will misadvise or incapacitate him or her? What safeguards have we put in place to ensure that an elected leader is surrounded by the right set of lieutenants, including ministers and advisers? How much consideration have we given to leadership succession? Beyond 2019, who are those trusted hands in whose care we must place our beloved nation? How can we begin to position such leaders in the current dispensation? […] Any party that is unable to spell out its leadership selection criteria, as well as its long-term succession plan, should be rejected by Nigerians.”

Again, the focus remains on systems of succession, which I sought to highlight using the Singapore, China and South Africa examples, while being mindful of our local realities. This was clearly conveyed when I said “as we build institutions of democratic governance.” Anyone who was not mindful of this either did not read or listen to my remarks in context, or deliberately chose to side-step that crucial detail and respond to a phantom non-issue. When you take a text out of context, you become a con.

The reference to China had nothing to do with the Chinese system of government but more to do with Deng Xiaoping’s deliberate move to discover, develop and strategically deploy young leadership talents over an extended period as that country began a path to modernisation. Similarly, my reference to Singapore’s Lee Kuan Yew was to underscore the role of pioneer or pivotal leaders of nations in institutionalising or resuscitating foundational values. Furthermore, the example of Mandela’s Succession Plan in South Africa was done within the proper democratic framework of a free, fair and credible election.

My overriding concern in offering propositions was to forestall the emergence of recycled enemies who will once again seek to lock us into a cycle of doom and gloom at the turn of a new decade. If we have been excellent at anything in Nigeria, it has been at creating a succession pipeline of the worst of us ruling over the best of us. On my part, I remain committed to facilitating, however God enables me, the emergence of the best, brightest, fittest and most competent Nigerians across every gamut of our national life. I am more invested in discussions on the way forward and will thus not address individual comments, particularly as they were in response to words I simply did not utter or insinuations that were the concoctions of jaundiced imaginations.

It was Peter Drucker who said: “There is no success without a successor.” Great leaders think of succession from their very first day in office. The thought of succession informs the quality of lieutenants an effective leader appoints to strategic offices; it compels a leader to hire competent aides who can do the job as well, if not better, than they themselves can. Succession, or legacy-mindfulness, if you prefer, keeps a leader from the distractions of the side attractions of office, and keeps him or her focused on the deliverables, knowing that he or she has limited time.

Succession is about casting long term visions, building stable institutions and raising the next generation. My copious references to young people in the January 5, 2020 address was deliberate. I was pointing to the future of our nation and the need for inclusive transgenerational governance. I was echoing James Freeman Clarke who once observed that: A politician thinks of the next election, a statesman of the next generation. A politician looks for the success of his party; a statesman for that of his country. The statesman wishes to steer, while the politician is satisfied to drift.

Inaccurate succession has been the bane of institutional leadership in Nigeria. Decades after the selfless leadership of our founding fathers, the citizenry has remained disillusioned with the self-aggrandisement of politicians who lack the values of the founding fathers. In the South, these politicians are quick to wear the cap and glasses of Chief Obafemi Awolowo, but lack the mental capacity and foresight of the late sage. In the North, these politicians affiliate themselves with the legacy of Sir Ahmadu Bello, but lack the heart with which the Sardauna worked for the progress of his people. In the East, they associate themselves with the giant strides of Dr Nnamdi Azikiwe and Michael Okpara, but their governance accomplishments are dwarfed compared to those of these heroes. These are signs of leadership succession failure.

To reiterate: succession is an expansive term that does not focus on one position alone, mindful as I am that no individual can singlehandedly solve Nigeria’s problems. Instead, it focuses on the institution of systems of predictable progress, and the sustainable replacement of capable hands with capable hands across the entire system, whether through elections or appointments. Unfortunately, some have chosen to place leadership succession on the one hand, and free, fair and credible elections on the other, as mutually exclusive issues when, indeed, the latter is the strategic vehicle for arriving at the former.

I welcome discussions on the practicalities of this in our climate, even as I earnestly look forward to the day when the enemies of Nigeria, who are currently at large, will be rightly confined to the dustbin of history.

Pastor Bakare is the Serving Overseer of the Citadel 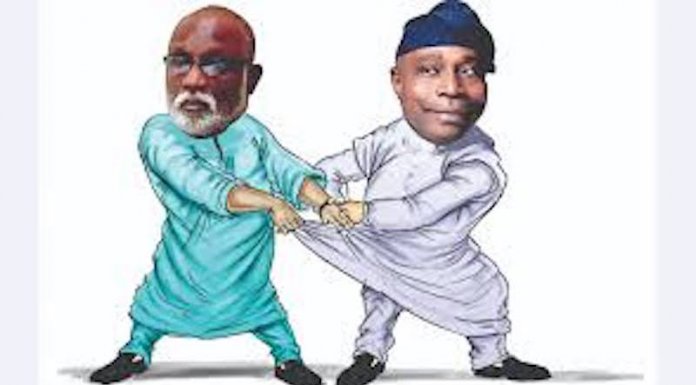