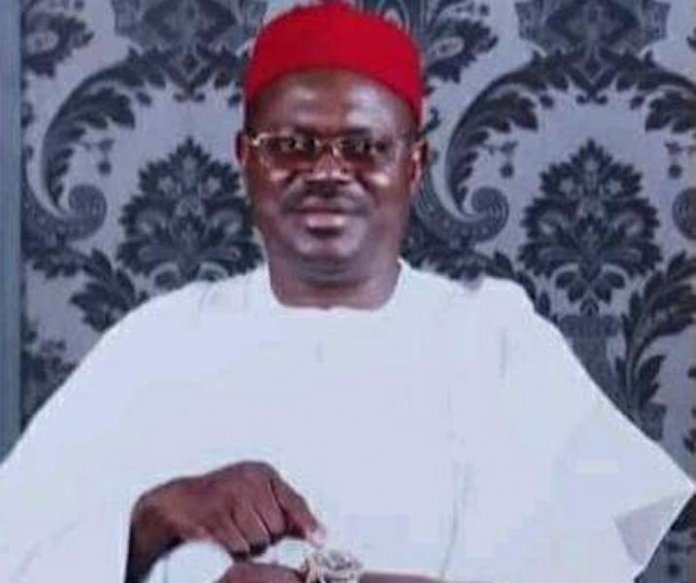 Benjamin Nworie writes that the abrupt termination of the second legislative term of Hon. Lazarus Ogbee in the House of Representatives presents another opportunity to begin a fresh political cycle

On November 1, 2019, An Appeal Court sitting in Enugu terminated the second term of Hon. Lazarus Ogbee, as the Representative of Ezza South and Ikwo Federal Constituency in Ebonyi state.

A strong believer in the axiom that when there’s life, there is hope and that power comes from God, Ogbee views his current travail as an aspect of the dynamism of politics, which is mostly characterized by ups and downs. So, he is learning to face with optimism, whichever side the coin turns.

Not minding the circumstances surrounding the abrupt end to second term in the National Assembly, the former representative of Ezza South/ Ikwo Federal Constituency in the House of Representatives, said he was happy to put that episode behind him and look to future with renewed hope. Along with his teeming supporters, he organized a Thanksgiving service to appreciate God for his love, care and benevolence on his life, family and political career.

Ogbee’s progressive political profile is uncommon in Ebonyi history, though likened to that of Senator Paulinus Igwe Nwagu. The duo have a common history in politics, having risen from councillor to the National Assembly respectively.

Ogbee has distinguished himself as a true, jovial and accessible servant who feels the burden of his people. In his political sojourn, the Ex-lawmaker had taken critical decisions which shaped elections in Ebonyi state, especially in 2015.

The decision was also instrumental to the struggle that enthroned the present administration of Engr. David Umahi as the governor. As the crisis of 2015 spiraled, the tenure of the 13 council chairmen were terminated.

The termination of tenure of the council chairmen was to dampen and whittle down the power and influence of Ogbee and his few colleagues, who were supporters of the then deputy governor, David Umahi. But they persevered and made remarkable open declaration on the choice of Umahi as Martin Elechi’s successor.

Out of anger, Elechi adopted and queued into the litigation that questioned the legality or otherwise of the 2013 local government elections, which later ousted Ogbee and his embattled colleagues. However, the ouster presented a new chapter in Ogbee’s political profile.

Ogbee became the candidate of the PDP for Ezza South/Ikwo Federal Constituency. With the Court of Appeal judgement that terminated his second term, people have expressed optimism that it will also present a new chapter in Ogbee’s political profile as it was in 2015.

At the National Assembly, the ex-lawmaker distinguished himself and provided assistance to his constituents, empowered many youths with jobs and entrepreneurial skills. He was also visible at home and at government events and programmes in the state which also endeared him to Governor Umahi.

After the appellate ruling, Ogbee said he holds no grouse against anyone including his challenger and opponent. Ogbee was of the view that God has been merciful to him during his political sojourn. He appreciated all his admirers and actors and urged his supporters to remain calm.

Ogbee said, “I want to thank the people of Ezza south and Ikwo Federal constituency for all the support they have given to me. I want you to appreciate the Governor of our state, Chief David Umahi. I want to thank the Divine Mandate and PDP families. I want to specially appreciate my people-the people of Amazekwe for giving me their support and I want to appeal to them to accept the verdict of the court in good fate.”

“By the special Grace of God, I shall bounce back. I want to thank and appreciate my party, the PDP from my ward, local government, state to the national levels. I thank them for giving me all the opportunities to serve. I thank them for the various capacities I have served. In chronicling my journey in political positions, I want to sincerely appreciate God. God is faithful. I cannot actually equate the love God has bestowed on me.

“From being a supervisory councillor in a military era between 1998 and1999; I became a local government party chairman from PDP to ANPP. I came in again as supervisory councillor for education for Ezza East Development Center from 2005-2006. By 2007, I was appointed as the pioneer Coordinator of Ezza South East Development center. I was there for two years and two months and I resigned to contest for the chairmanship of Ezza south local government and I won. I was sworn in on November 1, 2010- 2013 and I contested again and I also won. By 2014, because of our support for the government of Ebonyi state today, the local government system was sacked through a court order.”

“By 2015, I won as Honourable member Federal House of Representatives, representing Ezza south and Ikwo Federal constituency. And by 2019, against all odds, I won again. To this, I want to sincerely thank God and appreciate the people of Ezza South and Ikwo Federal constituency. They gave me their mandate and the court truncated it. I defended it to the Court of Appeal and the Court gave it to my opponent. On this note, I want to congratulate my opponent, Comrade Chinedu Ogah. To God be thy Glory.”

Meanwhile, the ex-parliamentarian assured his teeming supporters that they would continue to work together. During the last yuletide, several groups were hosted to sumptuous meals and afterwards went home with different gifts and packages.

Ogbee said, “I will not stop carrying my people and supporters along. Many of them throng my house whenever they hear that I am coming home and they don’t sleep till I come back. Sometimes it baffles me how they know that I am coming back.

“During the last Christmas season, I hosted many groups. I hosted party executives in my ward and other groups. My wife took care of the women. That is the joy.”

As part of his New Year message, Ogbee enjoined all Ezza people to continue to support the administration of Governor David Umahi, stressing that Umahi’s transformation has made Ebonyi, a shining example and beacon of collective achievements to the world.

He also enjoined the governor to continue on his successful leadership path which has placed the state on an enviable place on the world map.

At the National Assembly, the ex-lawmaker distinguished himself and provided assistance to his constituents, empowered many youths with jobs and entrepreneurial skills. He was also visible at home and at government events and programmes in the state which also endeared him to Governor Umahi. After the appellate ruling, Ogbee said he holds no grouse against anyone including his challenger and opponent