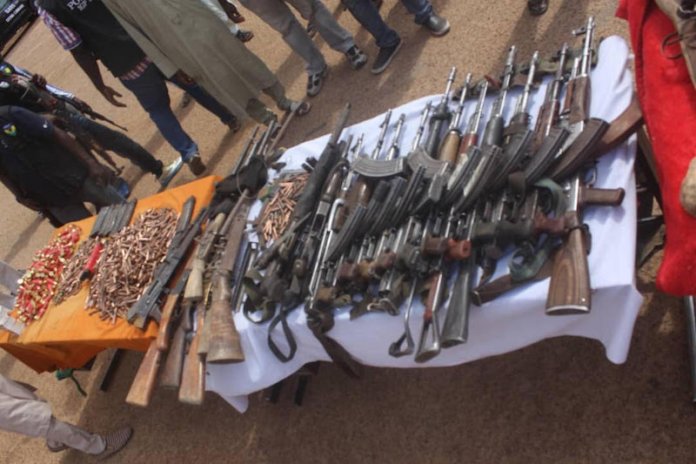 The prolonged incessant killing of innocent people in Katsina State in the name of banditry is becoming so alarming, thereby causing serious setback in the socioeconomic development of the state.
Recall my previous article titled, “Who are these Katsina Bandits?” published on 5th September last year. The write-up generated a lot of controversies because the author asked for the rationale behind the amnesty offered and dialogue engaged with the bandits by Katsina State government. As a peace and conflict resolution practitioner, the then program was not clearly spelled out and explained because it was copy and paste from Zamfara State governor. What is leading to the frequent attacks in Katsina State is a failure of the authorities to critically understand the situation before embarking on the mission of ending the conflict through non-kinetic approach.

Banditry in Katsina is totally different when compared to Zamfara’s conflict; the situation in Zamfara was categorized into economic war and unwillingness of the then governor to take action before it slipped out of his finger. There were early warning signals in Zamfara because government allowed illegal miners operating in some communities. In a nutshell, the Zamfara banditry is more of gold mining and failure to secure the lives of the people especially in the affected communities. Katsina’s case is entirely different because there are no mineral resources like Gold or Silver in the affected areas. The state’s resource is potassium and has no physical value in the eyes of many Nigerians, so, it’s not worthy to kill people over it.

In 2015, Governor Masari had tried this tactic of granting amnesty to cattle rustlers; the program yielded fruitful results because many rustlers dropped their weapons, cows returned to their owners and the people returned to their communities, though people said the repented rustlers moved into neighboring states, while other sources were saying the rustlers returned to the people. The governor said “the rustlers learned how to kidnap from security agencies” who arbitrarily arrested herdsmen and released them only after being bribed.

I am not disputing the fact that engaging the bandits through dialogue is wrong because even the high profile terrorists were engaged in dialogue after September 11. Dialogue is a very important instrument of resolving conflict and peace building, but these bandits are conflict entrepreneurs who will never rest without a comprehensive plan. They are the same bandits that the Zamfara State government engaged and paid handsomely; they moved to Katsina and engaged with the government authorities and also collected their share; paused the attacks and released people.

Katsina banditry would be difficult to resolve if government continues with the current strategy without considering the various factors involved in the conflict. Firstly, there is explosive population growth and climate change. These issues are exacerbating economic anxiety and fomenting lawlessness especially in the communities that bordered Niger Republic; there is no restriction in these areas. Nigerien can come to Nigeria, commit any sort of crime and go back to their country. Corruption also plays a significant role here because some security agencies are collecting bribe from Nigeriens and granting them access without proper checking and investigation.

This kind of negligence and corruption in the security sector are the reasons why we have Boko Haram and ISWAP in Nigeria. When the insurgency first emerged Nigeria treated it with kid gloves and refused to investigate the conflict thoroughly before it launched its first attack in 2009. Nigeria can’t afford losing territory to an insignificant number of people in the name of insecurity. The decline in intelligence information gathering is worrisome.

The Nigerian government has launched multiple military operations in the North West region since 2016 all because of the banditry and kidnapping, but these interventions have not recorded much progress because the government stepped into the crisis too late. If the government had done the right approach at the beginning, the situation would have been resolved since.

This conflict is generating a serious humanitarian crisis in Katsina State; hardworking young people and women are being killed on a daily basis. We are losing land space for farming and most of the victims are from rural communities and have nothing to do now apart from being stranded in temporaries IDP camps.

Government must understand the needs of the people, study the crisis very well, dialogue, and proper administration of justice can easily solve this problem. Everyone must participate for us to win this war.