Barring any last-minute change,  the National Executive Committee (NEC) of the Peoples Democratic Party (PDP) will on Thursday this week meet to determine and approve  the guidelines and other regulations for the party’s congresses in Edo State.

This decision was the high-point of the meeting of the National Working Committee (NWC) that took place last Thursday at the PDP Legacy House in Abuja.

The Edo State PDP state congresses scheduled to commence on January 15, 2020, needed the NEC meeting to approve the guidelines.

The state congress is expected to elect the state party executives, including a new state chairman.

THISDAY gathered that the election of the wards, zonal and state executives is preparatory to the governorship election in the state later in the year.

Also, ahead of the 2020 governorship election in Edo State, the PDP in the state has adopted a no-zoning policy in picking the party’s governorship candidate.

The party also resolved that the position of state chairman would not be zoned as well.

This was disclosed by the former governor of the state, Lucky Igbinedion after the state chapter of PDP had met with the national leadership of the party late last year in Abuja.

It was gathered that this is part of the horse-trading ahead of the governorship elections in the state to entice and ensure a smooth landing for the incumbent governor, Godwin Obasike to defect to PDP

A source from the meeting informed THISDAY that “the idea of a no-zoning for the emergence of the governorship candidate is to avoid any protest or backlash that Edo South senatorial district is dominating the production of governors in the state.  This is because Lucky Igbinedion had governed the state for eight years from 1999 to 2007.

“Also, Prof. Osaremi Osunbor  from Edo Central was governor briefly before the tribunal unseated him and enthroned Adams Oshiomhole. He is from Edo North.  Ordinarily, it ought to be the turn of the central senatorial zone to produce the next governor,” the source said.

THISDAY further gathered that this is the bait by the party to woo the incumbent governor of the state, Mr. Godwin Obaseki to join the PDP.

The PDP at the meeting, said the adoption of a zero- zoning options for both the governorship candidate and state chairman is one of the measure to present a united party ahead of the 2020 governorship elections in the state.

Meanwhile, ahead of the leadership of the Edo North senatorial district of the Peoples Democratic Party (PDP), has demanded for the position of deputy governor in the forth-coming gubernatorial election in Edo State.

The zone made the declaration during the tour of the six area councils by the leadership of the PDP in the Zone.

The Afemai Declaration and Award Presentation is a programme organised by the Edo North Senatorial District in order to re strategise and re-organise themselves ahead of the governorship election which is coming up sometimes in August 2020.

During the tour, the zone demanded amongst other things that the PDP should accord them the opportunity to produce the Deputy Governor in the state. The zone also demanded for the office of the secretary of the party in the state as well as nominating one of their sons or daughters as a member of the Board of Trustees (BoT) of the PDP.

The climax of the programme is the award presentation which is slated for Monday (today) in Agenebode, Etsako East LGA, at the residence of High Chief Raymond Dokpesi, one of the chieftains of the Party in the zone. 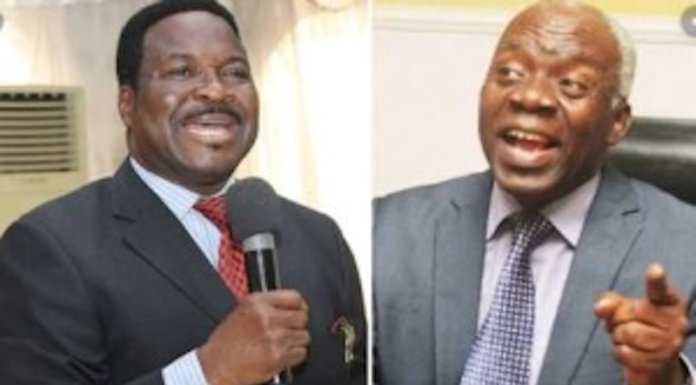