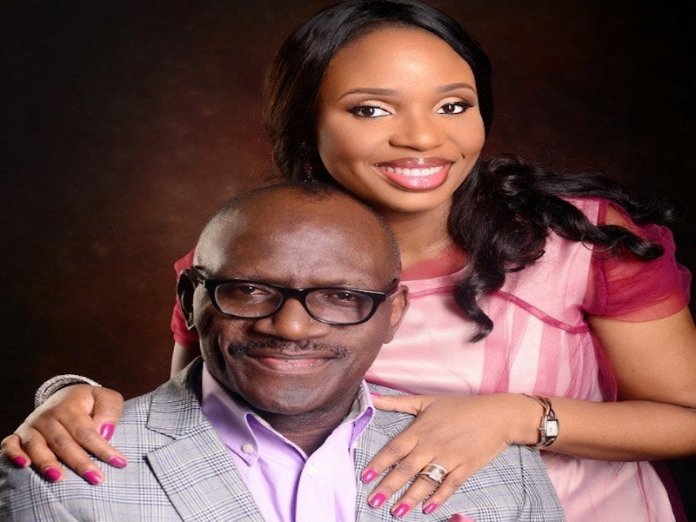 a Decade of God’s Faithfulness
The life of any man is like a field with different kinds of winds being blown across. The man that stands out most of the time is the one who grows sincere gratitude that such winds have not blown him to bits and pieces.

When one of such winds is marriage and has only blown good things one’s way, an unreserved sense of gratitude is necessary.

It is now the 10th wedding anniversary of Pastor Taiwo Odukoya and his darling, Pastor Nomthi Odukoya. In the same space of time, it has taken some marriages to crack and become irreparably broken, that of the Odukoyas is only getting stronger, better and steadier, and the couple understand that that is premised on the faithfulness of God.

Taiwo and Nomthi are senior pastors of the Fountain of Life Bible Church, a Pentecostal church in Ilupeju, Lagos, with a membership strength numbering in the thousands. Pastor Taiwo is himself one of the founding pastors of the church – the other founder being his late wife, Pastor Bimbo Odukoya, who died in a plane crash sometime in 2005.

After the death of Pastor Bimbo Odukoya in 2005, relatives and friends of the Odukoya family knew that things would never be the same again. Tolu Odukoya, the first child of the late Pastor Bimbo recounted how the sudden death of her mother made her father older than his years. But God brought new light into his life five years later in the form of a Miss Rosemary Simangele Zulu.

According to Pastor Nomthi Rosemary, Pastor Taiwo had come to her church in South Africa for a ministration and her reverence for men of God did not allow her to see him in any other light but that of a man of God. But God obviously had something in the pipelines, as she bought and enjoyed one of Pastor Taiwo’s books, Home Affairs – an irony that is divine. When eventually she became Mrs. Nomthi Odukoya, she fits the role.

Ten years on now and the Odukoya family continues on the path of progress. In celebrating a decade of God’s faithfulness in their lives, marriage, and ministry, the Odukoyas recognize the guiding hand of God and remain grateful for what is past, what is present, and all that is yet to come.