While the federal government has been able to conclude action on the consequential adjustment, resulting from the new minimum wage and commenced implementation by December last year, majority of state governments are yet to implement the new wage. Despite the signing of the new minimum wage bill into law, state governors have shown apathy in implementing the new wage increase.

Initially, the governors rallied under the auspices of the Nigeria Governors Forum (NGF) to oppose the payment of the N30,000 across board insisting that they were not buoyant enough to implement the agreement on the minimum wage consequential adjustment as was reached between federal government and its employees. Instead, the NGF said governors were going to pay based on the capacity of each state. The chairman of the NGF and Ekiti State Governor, Kayode Fayemi, later clarified the position of the governors, saying they are not opposed to the N30,000 new minimum wage, but its implementation should be subject to negotiations with labour at the state levels.

However, the leadership of the organised labour saw the apparent foot-dragging by the governors as unnecessary and a ploy to delay and possibly deny the workers at the state level their right to benefit from the new minimum wage. Labour therefore met in Abuja and issued a deadline urging state governments to constitute negotiating committees and ensure conclusion of talks on or before the December 31, 2019

National leadership of the Labour movement at its meeting with all the state branches of the Joint Public Service Negotiating Council lashed out at the NGF’s position, saying most of the states complaining of lack of funds are not sincere. According to the council, states like Lagos, Kaduna, Jigawa and Adamawa had concluded arrangements for the implementation of the new minimum wage.

Labour gave December 31, 2019 deadline to 32 state governors to either pay the N30, 000 new minimum wage or risk industrial action. Despite the deadline by labour, many of the states appeared unable to commence negotiations with their workers thereby fueling fears of a possible industrial crisis in the affected states.

The two labour centres, NLC and TUC, have so far reacted in a mature way to what they described as the insensitive and provocative act of some governors. Both labour movements have exercised restraint and soft-pedalled on their threat to slam the affected states with industrial action. The leadership of the bodies have said they would be reviewing the reports of progress made by states with regard to the implementation of the minimum wage. At the National Executive Council (NEC) meeting of TUC held in Lagos last Thursday, the congress gave states yet to begin negotiations with workers, fresh deadline of January 31 to do so.

It asked state governments, who have not complied with the implementation and payment of the N30, 000.00 new national minimum wage to commence negotiations and implementation on or before 31st January, 2020, otherwise they should be responsible for the consequences of their failure.

In a communiqué issued at the end of its National Executive Council meeting held in Lagos on Thursday, and signed by the TUC President,Comrade Quadri A. Olaleye, and General Secretary, Comrade Musa Lawal, TUC said it had directed state councils to commence mobilisation of their members immediately. “As at now and by our record, only six states have signed and commenced implementation, 15 states are in the process of negotiation, while the rest are yet to commence negotiation. We want to assure them this is not an empty threat. Labour will shut down any state that has not yet started the implementation or negotiation”. On its part, the NLC said it was not extending the December 31 deadline to states, but has set machinery in motion to receive and analyse reports from each state on the progress made on the minimum wage negotiations.

Speaking in an interview with reporters in Abuja on Thursday the NLC General Secretary, Comrade Emma Ugboaja, said there were three states where labour was having challenge in terms of kick-starting negotiations, adding that Kogi, Taraba and Cross River have not set up a committee to negotiate with workers as at December 31 deadline,” TUC said.

“We are taking reports from our various councils and we are analyzing the reports because they vary; we are not going to have a uniform response to all states. We will take each state based on the kind of report we get from that particular state. Once we finish analysing the various scenarios we have, we will roll out actions on each state according to the nature of discrepancy we are seeing in implementation.

“We have not extended the ultimatum and we are not doing that. The deadline is over, but we are only being sure that we do not hurt a process that has already been concluded or being concluded. But we must fish out the exact places where we have clear challenge,” it added.

Giving further updates, Ugboaja said states like Abia and Rivers had to adjourn as at December 31 after reaching a conclusion. “We want to ensure that we do not dissipate energy in areas where we do not have to. Clearly, having one third of compliance cannot be a wonderful result. It is not wonderful and it is unfortunate. People are toying with the machinery that should be driving governance and operations in the states.

“If the governors believe that they want to work, they should take care of workers that will help them to work. But because they are chasing something different, they do not care about workers. If it is about service, you don’t have to give a deadline; they should have before now taken care of this by themselves.

“When you see people who are chattering jets. If you go to the airport and take an inventory of the number of private jets and who are the people renting them at what cost and what kind of trip, even for wedding, funerals, they are busy renting private jets across the country and they will tell you about cost of governance.”

While emphasising the need for governors to prioritize workers welfare, Ugboaja said workers are the ones they use to fulfill the requirements of governance. According to the NLC scribe, workers are the ones that will bring service delivery. If you don’t take care of them, you are not governing. It is not all about political projects of giving water and light.

Notwithstanding the inability of labour to force state governments to keep to the December 31 deadline, progress has been made in pushing for the implementation of new minimum wage by states. For instance, more than 20 of the states are in the process of negotiations for the minimum wage consequential adjustment, while states like Lagos, Kaduna and Adamawa have moved beyond negotiations and commenced implementation. Another significant milestone by the labour movement is the fact that the unions have succeeded in breaking the solidarity of state governors and forcing the NGF to abandon its strategy to act as a moderator in whole exercise. Labour has succeeded in drumming home the fact that states can pay the new minimum wage and that they do not have to hide under the excuse of poor finances to deny their workers what they rightfully deserve. At least what the present scenario indicates is that the nation may not have to be thrown into labour crisis on the account of the new minimum wage as substantial progress are being made to resolve the issues. 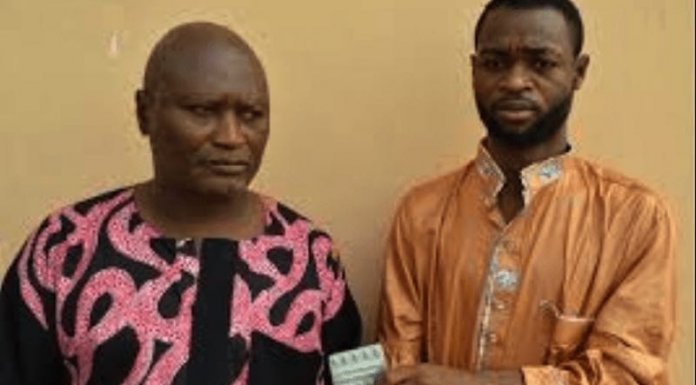