The Nigerian Army declared friday that contrary to reports there was no mutiny in the Military.

It said troops fighting insurgents in the North-east have pledged unalloyed loyalty to President Mohammadu Buhari, stating that the reported mutinous disposition of troops in Yobe State were unfounded and product of fake news.

He said the entire troops of Operation Lafiya Dole were committed to the goal of defeating the insurgents.

Col Ilyasu said: “It would be recalled that on 7 January 2020, some media outlets published a one – sided, unverified report that Nigerian Army troops of 159 Battalion deployed in Geidam, Yobe State have allegedly threatened to abandon their duty post over their neglect by military authorities.

“Pursuant to this threat, the troops were also alleged to have written a letter to President Muhammadu Buhari, the National Assembly, United Nations, African Union and several other organisations over their long stay in the theatre.”

“It has however been revealed through reliable intelligence sources that some Boko Haram/Islamic State West Africa Province collaborators and sympathisers who continue to lose out in their unholy activities due to the massive onslaught by troops of Operation Lafiya Dole were indeed behind the unscrupulous publications.

“Nevertheless, more than ever before, Nigerian Army troops and, indeed, the entire components of Operation Lafiya Dole are committed to wiping out all remnants of the insurgents from Nigerian territory and apprehending their collaborators and sympathisers.”

The war update added, “Contrary to the despicable report peddled by the said unprofessional media outlets, the valiant troops of 159 Battalion deployed in Geidam, Yobe State have reiterated their unalloyed loyalty to the President, Commander-in-Chief of the Armed Forces of the Federal Republic of Nigeria, President Muhammadu Buhari GCFR, the Chief of Army Staff Lieutenant General Tukur Yusufu Buratai and all the constituted authorites.

“The troops also restated unequivocally their absolute commitment to serving their fatherland no matter the price or odds.

“This was disclosed by the troops when the Commander Sector 2 Operation Lafiya Dole, Major General Suleiman Idris visited the troops yesterday 9th January 2020 at their location.”

Col IIyasu said the sector commander was at the location to ascertain the veracity of the alleged mutinous reports in some media but was stunned on arrival by the jubilant reaction of the brave soldiers who are hungry for action against Boko Haram and Islamic State West Africa.

The statement said the Commander then proceeded to deliver the Christmas and New Year messages of the Chief of Army Staff to the troops.

He urged them to remain steadfast in their belief in one indivisible Nigeria. “In a rare display of endurance and their absolute loyalty to constituted authority, the troops presented 100 push-ups to their sector Commander amid cheers and jubilation.

“The troops, therefore, debunked the reports of mutinous action by them as being preposterous, fake news and indeed a figment of the imagination of the unscrupulous elements behind such reports,” the statement said.

Governor Simon Lalong of Plateau State yesterday said the 19 Northern states have gone far in their efforts to introduce community policing in the region.
Lalong spoke with State House correspondents after a meeting with President Muhammadu Buhari at the Presidential Villa, Abuja.

Responding to questions on the new security outfit of the South-West, tagged ‘Amotekun’, Lalong said the North had made serious arrangements on community policing.

“When you talk about North Central, I am the Chairman of Northern Governors Forum; I think we have taken a decision sometimes last year; when this issue came, you understand, at one time, I met the president; and we told him what we are doing.
“We set up committees and the committees have worked very hard; we started our meetings even from the North-West; we had a meeting in Katsina; we are going back to have another meeting in the North-Central.

“The situation in the South may not be the same in the North but in the North, we are also looking at some ways we will also address these issues.

“So, we have gone ahead to put in committees and those committees have done their work and we are now expecting to have a meeting to address the issues and look at ways of addressing these issues once and for all. 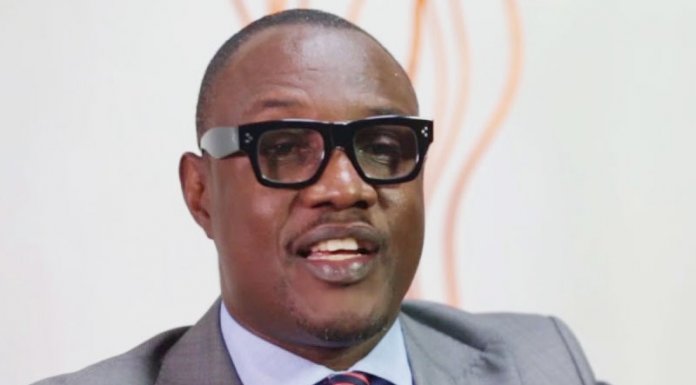