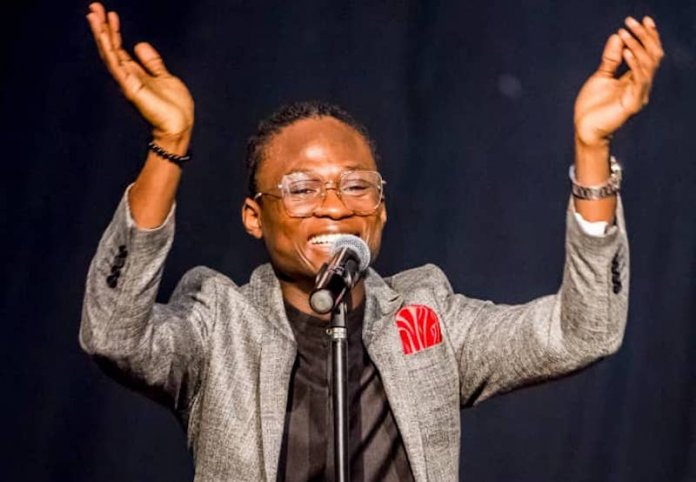 As a young child, Tobiloba, a Nigerian-born artiste and songwriter from Osun State never considered himself a musician despite his home being filled with music. It was more of a pastime for him. However, Providence finally nudged him towards that direction and since then he has not looked back. Though he is a medical doctor now based in  Bucharest, Romania’s capital city, the artiste born Omole Oluwatobiloba still finds time for music and other entertainment related events. In 2015, he released the single ‘Tehila Uncovered’ and followed it up with a live album ‘The Mandate’ in 2017. That same year he released the single ‘Jesus for the Black Man Too,’ and a few days ago, he released his latest single ‘Ibu Chimo’. In Romania, he is known as the artiste behind the new wave of music genre ‘Afro-gospel’, but if you ask the artiste, he rather describes his music in one simple term: Truth. These are excerpts from an interview with Vanessa Obioha:

At what stage in your life did you realise your passion for music?

Well,  music was with me all the while but I never saw it as a profession or something I would devote my life to in the long term. However, the passion started  building up in 2011. I felt like my life was going in that direction but my first major professional step was in 2013 when I recorded my first single ‘Kosenibire’ which I officially released in 2015.

What kind of music did you grow up listening to?

I grew up listening  to various genres because I was a boy raised by many hands.  I was open to pick wisdom where I see it and I hope to remain like that.  That freedom influenced my taste for music, thus, I love fusing a lot of genres.  I think it’s the purest expression of who I really am. I ate from different genres;  from classical music (courtesy of my father. We had tapes of ‘boring’ classical music playing in our house on some Saturday mornings. He loved  G.F Handel) to fuji (from friends that mum thought then were too razz), to contemporary afrobeat, to jazz. As I began to mature, I was introduced to rock bands by one of my friends who I met in Nigeria  and other genres. I just love good music and I advocate for good content to be passed through it because I understand it’s power.

But generally, how would you describe your music?

In one word, truth.

But truth is relative. What does it mean to you?

Well, I understand where you’re coming from when you say truth is relative, but very honestly, the truth is that which remains constant after everything else has left.  The part of us that stays with us when we have outgrown our fears and the bias they form when we make our judgment about anything or any issue. What is true might be relative because we have various perspectives  but the truth in itself at the end of the day is a constant, timeless and bias-free reality across any perspective.

How do you express this truth in your music?

By addressing issues that affect  humans. First, by finding the courage to free my mind of any self-serving bias as much as possible — because it is  an endless journey — and allow that to reflect in the content of my music. That’s one thing that I want to be constant through every piece I write regardless of style or genre.

Do you write all your songs?

What inspires your songwriting process?

It can be through various channels of inspiration but my source is still the same, my personal relationship with God. So at the end of the day everything stems from there.

So can one call you a gospel artiste?

In terms of genre, I’d say it’s a fusion. I love to experiment. I don’t like to be boxed. I appreciate a sound that is rooted in diversity, but always has an element of the African background,  either in groove or in language. In terms of content, it’s music that moves humanity away from fear and every thing that comes with it towards love, life and light; the way God intended it from the beginning. By my understanding  gospel is not a genre. So when people label someone to be a gospel artiste,they are labelled to be religious and religion is not always the truth and I stand for the truth. I would love to be identified by the impact of the proper understanding of the content of my music not necessarily by a classification.  But for easy understanding and to help fit into the already existing templates that we use to classify music, I’d say gospel because of where my content eventually drives my listeners to. However, I maintain that gospel is not a genre. I honestly don’t like to be classified, not because I don’t know what I stand for, just that the labelling gives room for the audience to demand from my creativity only what they think my ‘genre’ stands for, and the call to be an artiste is bigger than existing labels.  It is a call to prepare the mind of the masses for the culture of tomorrow and that might need to negate the existing traditions we have today. Yes, I am a friend of God, and my art is only from that perspective, but it’s not limited to the walls of religion. It’s about life from God’s perspective. If that still passes for gospel, then that’s fine.

You recently released the single  ‘Ibu Chimo’,  what’s the inspiration behind it?

‘Ibu Chimo’ is both a song of reassurance to the ‘Unchurched’. The nonreligious ones who would love to have clarity about their spiritual life but feel like they don’t belong in the typical religious system; the ones who are free minded enough to see the loopholes in the religious system  and in as much as they genuinely want God’s love to reform them, still see themselves as misfits that do not need religious approval to allow the Holy Spirit to work with them or to even transform their lives with his love. The veil has been torn, we all now have access to the father’s love and that is all that is needed to transform a life. Not religious acceptance.

Secondly,  it’s also a message to the ‘Churchy’ ones. The ones who  think their ‘holiness’ is a platform to decide who is good enough and who isn’t. The ‘Brother Piuses’ and  ‘Sister Caros’ — like I jokingly described in the song — who have been used to represent the love of God to people who are not religious or conservative in personality. The message is we now know that He is Our God too!  I also addressed the godfather and mafia system that runs the church, the internal politics that has taken away the Light of God’s love from our spiritual gatherings.

I understand you have made quite an impression on the Romania music scene, what is it about Nigerian music that attracts global appeal?

It’s our spirit that is everly present in our groove and the passion for the groove is somewhat contagious. It lights up a room, even  the whole world.

Do you subscribe to the idea that all African sounds should be boxed into ‘Afrobeats’?

Definitely not!  Unfortunately, that’s what we get when we continue to seek approval from those outside. How can fuji and traditional high-life be classed together as Afrobeats? Big Error! It’s an insult to the history of our sound. But if we must be part of the table, we must play along.  There is nothing wrong in doing that for a while as long as we have a plan to learn and come home to build our own table where fuji and high life won’t be seen as one, like jazz and hip hop won’t be seen as one. It’s okay to create a new genre and label it afro to pay tribute to Mama Africa but to categorize every sound that comes from her as one is an insult to her wealth.

Has music been rewarding?

Definitely, the fact that I am  doing music alone is enough reward. Financially, I am  comfortable and satisfied with what it’s giving me for now. To be honest, I am not even in it for the money as much as I am hoping that my messages get into the ears and lives of people. But for vision, growth and structure, one must think of finance too.  I believe we would be fine financially as long as we make an impact.

Is there a meeting ground for medicine and music in your life?

Yes. My specialty is Psychiatry and I plan to venture into music therapy someday.