Effective public leadership is defined by commitment to common good through people-oriented policies and programmes. It detests anything that impedes the process of good governance but amenable to everything that potentially keeps the citizens together on the path of nationhood. And above all, it is not self-serving but makes sacrifices necessary within the laws, to advance the wellbeing of the led.

Understandably though, not many would agree that the foregoing represents the philosophy of the 9th Senate. Varying opinions shape public perception about the National Assembly, rightly or wrongly. At the core of them all is poor understanding of the responsibilities of the legislature, particularly in the developing nations. This limited knowledge is multifaceted but manifests predominantly as subjective interpretation of parliamentary activities and intentions, by larger segments of the public. And sadly, this trend is propagated by conspiracy of silence of those who should enlighten the uninformed, as well as deliberate distortion of facts by certain elites, both for political expediency. Partisanship and trivial sentiments are elevated above sense of objectivity in public affairs analyses which of course is the bane of our socio-political development.

For keen observers, the 9th Senate since inception is committed to national interest and public expectations. It is driven by avowed responsiveness and empathy while the leadership is pragmatic and proactive. Meanwhile for emphasis, there was no proof of external influence or lowered standard in relation to its leadership emergence. This is public knowledge. Through secret voting, the ballots for Senator Ahmad Lawan’s election as senate president reflected a popular choice informed by a combination of nationalistic appeals, rich intellectual capacity, amiable personality, shared vision and legislative prowess. Also to be considered a factor central to his over-whelming acceptance is his consistent eloquence about his disposition for a tremendously-improved and mutually-beneficial relationship with the other arms, particularly the executive, in the overall interest of the Nigerian masses. He was very assertive about it both before and upon becoming senate president.

Again, Lawan was part of the immediate past leadership of the senate, which bestows on him the capacity to build upon the successes, and equally amend the mistakes of the previous Assembly. As a result, he came with a template that kick started a trajectory for a new parliamentary excellence.

In his acceptance speech, he hinted that, “in the laws we enact, in the oversight and representations we undertake, the wellbeing of the Nigerian people will always be our priority”. And so far, he has demonstrated readiness at all times to make sacrifices for the wellbeing of the masses.

But ironically, most Nigerians perceive any ‘non-combative’ legislature as being a rubber stamp to the executive arm. To them, any parliament that is not seen to be ‘fighting’ with the executive is not independent. Whether ignorantly or deliberately, they show no understanding that government primarily is for the well-being of the citizenry, and that it is only when the three arms complement each other that a governance is adjudged good. So the insinuation that 9th senate is being unduly influenced by the executive is vague as there is no definite legislative infraction it is tied to. It is rather politically-motivated.

The allegation first surfaced during the ministerial appointment. By the constitution, before ministers are appointed it is the prerogative of the President to make nominations while the senate statutorily confirms upon screening. Though there is no provision as to the mode of screening, this senate observed all the known parliamentary conventions governing such national assignment particularly as it was done in the open with all the nominees appearing physically. Public-spirited senate could not have abandoned the laws and engaged in politically questioning the sense of judgement of the president in assembling those he believed could catalyze his obligations. And of course, whether or not the senate withholds confirmation, the president who is the appointing authority is permitted to work with whoever he chooses, except there are proven breaches. The case of the EFCC and Customs leaderships is a pointer. So in other not to slow down governance or pick an avoidable fight with attendant distractions, the senate chose to walk on the side of the people. It even sacrificed a part of its annual vacation period to ensure that governance took off earnestly with the confirmation of the ministers.

On the economy, this senate embraced fully the duty of strengthening budgeting for sustainable national development, as this essential task had been serially relegated. Lawan repeatedly stressed that towards revamping the economy “the budget 2020 is going to be part of what we want to do differently from the previous sessions of the Senate”.

Aside his speech at inauguration, his very first public comment as senate president was on budgeting. Barely three days after assuming office had he admitted that, “this is a crucial thing that worries everyone. Every Nigerian wants to see the National Assembly pass the budget in good time and it’s something both of us in the National Assembly have bought into – that we’ll pass the budget within three months by the grace of God”. He added that it was the intention of the National Assembly “to process and pass the budget and send it to Mr. President to sign in December before Christmas. We believe that if we are able to do that, our budget will go back to that regular cycle, that desirable cycle of January to December and that will enhance the budget performance of this country. So, evidently, there was nothing unusual about the 2020 budget consideration and passage, except the patriotic determination of Lawan to entrench thoroughness and also return Nigeria to an era of predictable budget cycle where successful implementation is guaranteed. Among others, in the course of the budget considerations it was discovered that salaries for the proposed recruitments into the security agencies including hardware purchase to address the challenges of banditry, kidnapping, terrorism, insurgency and farmer-herdsmen clashes impoverishing the country, were not factored in. Consequently the draft figure was increased, prompting several other interventions including the quick passage of the Product Sharing Contract Acts aimed at advancing the sources of revenue to finance the budget. Quite instructive, the legislators overstretched themselves to ensure that every MDA was attended to even when some were tactically being evasive. Those and many others were part of the sacrifices made to improve the living standard of the people. And in addition, the passed Finance Bill 2019 and the Public Procurement (Amendment) Bill are to ensure high-level performance of the budget.

There was an outcry about the N5.5 billion official car purchase for the law makers. The basis for objections even though justifiable is the prevailing economic hardship in the country. It seemingly blurred all other reasons and presented the project as an act of profligacy and insensitivity.

But objectively, the merits of working vehicles for the legislators are not in question. It is legitimate because it is a convention that has even predated this dispensation for top government officials including legislators and judicial officers to get car allowances upon assuming public offices in Nigeria. The ministers, governors and certain heads of ministerial departments and agencies including council chairmen are not left out. It is meant primarily to ease and enhance their operations towards efficient discharge of their duties. So it is a necessity. But in deference to the dwindling economy and because it is a constitutional matter, the policy has to be reviewed holistically instead of isolating the National Assembly for subjective criticisms as if lawmakers are insensitive.

Operationally, all other legislative proceedings are open to the public apart from executive sessions that hold behind doors. As such, there has not been reported case of highhandedness on the part of the senate president either by way of preventing his colleagues from freely expressing themselves or compromising principles while conducting the business of the plenary and other activities. This is yet another hallmark of effective leadership.

Furthermore, all the legislative outputs since inception have distinguished the 9th senate as truly people-oriented. Consideration of bills and motions including executive communications as well as other interventions are always approached with patriotic zeal devoid of partisan sentiment. The position of the senate, particularly the president, Ahmad Lawan, is that every bill and resolution must reflect the ideals and aspirations of the people. This informed his declaration that no anti-people legislation shall be passed by this senate. So the insinuation that the Protection from Internet Falsehood and Manipulations Bill (a.k.a Social Media Bill), and the National Commission for the Prohibition of Hate Speech Bill are corporate initiatives of the senate is unfounded. No definite stand has been taken. Presently, the opinion and verdict of the people are being gauged through their representatives with respect to the two pieces of legislation. This is in the spirit of participatory democracy which the 9th senate is committed to.

Equally of a truth, the expressed concerns about the approval granted for the presidency to borrow $30 billion as well as the budgetary allocation of N37 billion for renovation of the National Assembly complex are justifiable given the prevailing national economy. But it is common knowledge that project details determine the cost. For instance, it is the defined magnitude of intervention in the critical segments of the economy especially the infrastructure that determine their corresponding budgetary allocations. The lawmakers do not fix them. Rather, the MDAs through internal mechanisms work out the projections and subsequently defend them before they are passed into law. Meanwhile, this proposed renovation project is not in any way the creation of the national assembly but entirely on the FCT budget. The maintenance of the complex, being a national asset, falls squarely under the Federal Capital Development Authority. Hence, criticizing the cost independent of the details is an unfair judgement the same way it smacks of unnecessary sensationalism attributing the origin to the national assembly. Besides, the recently amended Procurement Act coupled with the reforms in budgeting effected by this senate are strictly to ensure due diligence and eliminate wastages. It means that this is yet another test to the will of Ahmad Lawan leadership relative to reinventing the economy. So the National Assembly can only be seen to have failed if it does not hold the executive accountable in this particular instance.

In the interim and frankly, there is no proof of the 9th senate working against the interest of the people. Empirically rather, it is preoccupied with the wellbeing of the masses. Therefore it is uncharitable to misrepresent the 9th senate and leadership for mere political capital. It amounts to injuring our national image and reputation before the world. 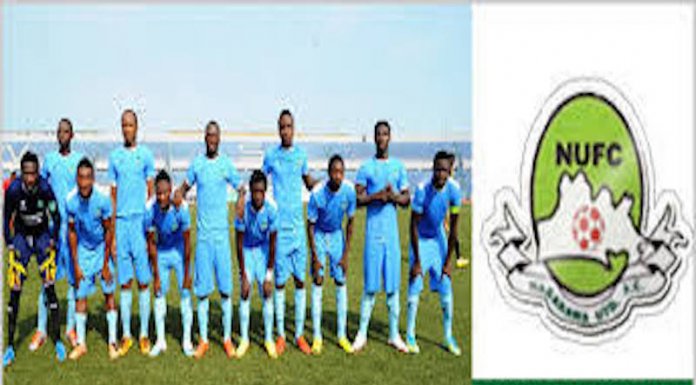 Much Ado about Electricity Tariff Increase