DISSENTING VOICE…IN HIS OWN WORDS

The authentic Yoruba umbrella cultural group founded by the late Dr. Frederick Fasehun, Oodua Peoples Congress (OPC) warns the six South-west governors and other interested parties in the proposed security outfit known as ‘Operation Amotekun’ that Chief Gani Adams does not have any authority to carry out transactions in the name of OPC.

In my capacity as President of the OPC I implore all and sundry to note that the organization is one indivisible entity and that the mantle of leadership of the OPC was handed over to me following the demise of the Founder, Dr. Fasehun.

To avoid all doubts, the OPC which I lead will not do anything tantamount to destruction of Yoruba interest. We are at great pains to disclaim, for the umpteenth time, that Adams does not represent the OPC. We have already initiated legal moves to stop him from parading himself either as a member or leader of the OPC. Anyone who deals with him in this regard does so at his or her risk.

Having said that, we must commend the Amotekun initiative by governors of the South-west states. While it is a timely, novel and necessary initiative, we believe the contribution(s) of all stakeholders must be sought and in particular, in our own case, with the legitimate OPC, to achieve an unqualified launch. We state this bearing in mind our modest initiative in proposing this strategy/operation which has culminated through various permutations into this laudable Operation Amotekun.

Amotekun is the Yoruba response to unprovoked attack on and killing of its people by unidentified persons, masquerading as Fulani herdsmen. Part of the Amotekun assignment should be to unravel the true identity of these killers and present incontrovertible evidence to indict those perpetrating these killings in Yorubaland.

The OPC under my leadership is ready to work with the governors and other constituted authorities to secure Yorubaland in particular and the rest of Nigeria in general.

We are not averse to cooperating with other groups with similar interests, but we are not willing to concede any space to an interloper by the name, Gani Adams.

As for the South-west governors they should make it public who are they communicating with in OPC. There are procedures.

We do look forward eagerly to the successful launch and operation of Operation Amotekun, in collaboration with relevant and genuine stakeholders.

Already the launch of the Operation Amotekun appears to have run into an unnecessary hitch as the police, military authorities and others have distanced themselves from the Operation. I wonder who is behind all these. l recall the scheming of groups who goaded Gani Adams to frustrate the Founder of OPC which led to what we are witnessing today in the OPC. It is a shame that with the volume of information available on OPC everywhere, South-west governors cannot say they do not know the Founder of the OPC and the succession that followed after he departed this world. Only one South-west governor has kept with the ideals of Fasehun.

The political class in Yorubaland wants to hijack the OPC for their selfish purpose, particularly those entertaining the ambition of ruling the country or their states. We have told them that the OPC will not transform into a political party. However, our members are free to hold partisan views as they deem fit. We are all witnesses to the damage that a supposed trade union, sustained by their political godfathers, has wrecked on Lagos State. No responsible government should allow that. Therefore, we commend Governor Seyi Makinde of Oyo State for acting in the larger interest of the people by halting the activities of irresponsible trade unions.

What the South-west governors are doing now is far from the Operation Amotekun that we suggested. They are recruiting their political thugs and people of questionable character, largely from the pool of the National Union of Road Transport Workers (NURTW). If this operation goes ahead in the manner the governors are presently prosecuting it, I am concerned that the outcome will lead to more complex security issues than it was meant to solve.

editor - June 1, 2020 6:19 am
19
I chuckled when I read Olusegun Adeniyi’s short piece last Thursday titled “Banking with Coronavirus”. He was obviously frustrated with his bank, Guaranty Trust... 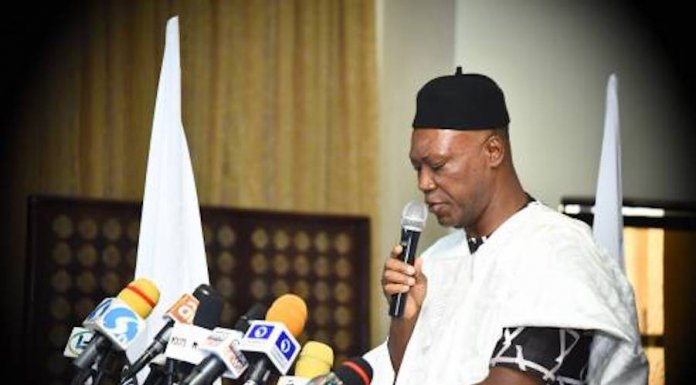 Group Calls for Reappointment of Wabote

Chevron/NNPC Donates Ambulance, Others to Delta