Corps members who are indigenes of Edo State and winners of the President’s National Youth Service Corps (NYSC) Honorary Award have pledged support for the Governor Godwin Obaseki-led administration’s drive to foster youth-focused development across the state.

During a courtesy visit to the governor at the Government House in Benin City, one of the awardees, Mr. Precious Omwanghe, praised Obaseki for prioritising the wellbeing of Edo people with the regular payment of workers’ salaries, pension, revamp of public schools, health centres, among other people-centric programmes and policies.

He assured that the awardees are ready to volunteer their various professional skills to help develop the state.

Omwanghe explained that the corps members plan on establishing a functional body named ‘The President’s NYSC Honour Awardees, Edo State Chapter,’ to voluntarily join the state government’s efforts to sustain community development and better the wellbeing for people at the grassroots.”

He said, “We are aware of the various projects your administration has executed in the past three years and we salute you for your efforts and selfless service. We want to let you know that the President’s NYSC Honour Award winners, Edo Chapter, are strongly behind you and have confidence in your leadership style.”

He said a total of 168 ex-corps members were conferred with the NYSC Honours Award nationwide for outstanding performance and diligence in the discharge of duties during their service year.

Omwanghe noted that the award was also in recognition of the various projects implemented by the corps members, which were geared towards better wellbeing of people at the grassroots.

The governor who was represented by Commissioner of Youths and Special Duties, Hon. Damian Lawani, commended the awardees for bringing honour to the state.

Governor Obaseki reiterated his administration’s commitment to empowering youths so they can contribute meaningfully to economic development, noting, “We are impressed that you were able to stand out and distinguish yourselves in this era where youths are involved in social vices.” 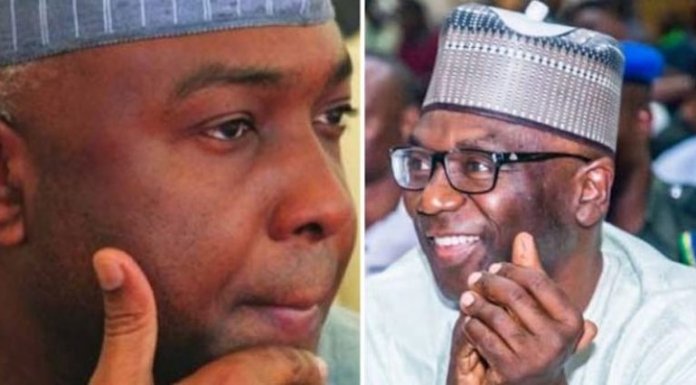