Aare Onakakanfo of Yorubaland and leader of the Oodua Peoples Congress (OPC), Iba Gani Adams, has described the yet-to-be-launched Operation Amotekun as a joint security force that would address the rising incidents of kidnapping, armed robbery and killings in the South-west.

Speaking yesterday on Arise News Channel, a sister broadcast arm of THISDAY Newspapers, he said there was no better time to kick off the joint taskforce than now with South-west residents having difficulties to access their farmlands or travel on highways due to kidnappings and other rising insecurity issues.

Adams said: “This Christmas, not many people travelled, especially in Lagos, because of fear of being kidnapped or killed on the highway. Usually, in early January, you will not find much traffic in Lagos, but we are seeing that now because people didn’t travel for fear of insecurity. This is what this joint operation will address.

“OPCs role in Amotekun will be very visible, because we already have structures on ground. There is no community in Yorubaland you won’t find OPC members. Over 80 per cent of communities in the South-west have OPC as their private security. We have been complementing the efforts of the Nigeria Police and the Army since Year 2000. Now that the six South-west governors have set up this joint task force, insecurity will drastically reduce in the region.”

On the scepticism by the Nigerian Army and police to work with Operation Amotekun, Adams said there was no reason for the cold feet, as their job was only to complement efforts of security agencies in flushing criminals out of South-west region.

“During the security summit in Ibadan, the Inspector General of Police, Mohammed Adamu, gave his word to partner with the group. He knows these criminals live in the communities, and members of the joint operation are community people who know the terrain much more than the conventional security personnel. So the partnership will help reduce insecurity.

“When the issue of Badoo came up in Ikorodu, the police leadership along with OPC went on joint operations for three times. We arrested a lot of hoodlums, and today Ikorodu is safe.

“There was a time a fully loaded 18-seater bus heading to going to the north was hijacked by kidnappers. The commissioner of police in the state it happened had to call on our state coordinator, and a joint operation led to the arrest of the culprits. We have been doing this on many occasions, working with the police t ensure security of our society. Now that the government is the one setting up Amotekun, it will even produce more results. So, there is nothing to worry about,” he said. 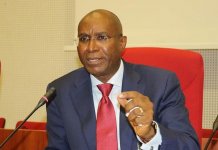 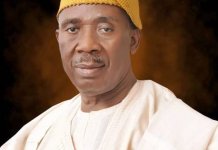 Amotekun and Other Stories

THE NORTH AND ITS RESOURCES