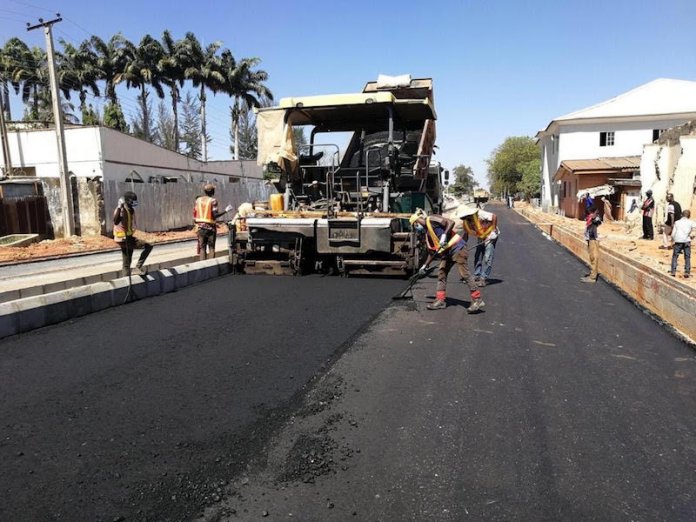 Kaduna State governor, Mallam Nasir El-Rufai is embarking on massive infrastructural development in the state through the Urban Renewal Programme initiated by his administration.

The programme has 14 components among which are education, health, roads, mass transit, housing , improved land use, street lights, parks and recreational centres. Others include markets, neighbourhood centres and waste management among others.

Speaking at the signing of a Memorandum of Understanding (MoU) with China Civil Engineering Construction Corporation (CCECC) for the road component of the programme on August 14, 2019, the governor had noted that Kaduna city has grown tremendously in the past 100 years since its founding.

He had lamenting that the public infrastructure in the city has not kept pace with the vast increase in its population, neither has infrastructure followed its expansion into new settlements.

Thus, he said one of the objectives of the roads component of the programme, is to open up Kaduna city, connect communities and create alternative routes to reduce travel time, from north to south, and east to west, adding that the road project is also aimed at addressing the challenges that exist in delivering urban infrastructure.

“It is an accelerated, coordinated, integrated and sustainable urban renewal project that will position the state as a choice place to work, live and play,” the governor said during the signing of the MoU.

The road component of the programme has since commenced in earnest with contractors getting down to work. The 19 road projects, located across the four local governments within Kaduna metropolis are expected to gulp over N42 billion, according to the Mr. Mohammed Lawal Magaji, Managing Director of Kaduna Roads Agency (KADRA), the agency in charge of the road component of the Urban Renewal Programme.

The state government has earmarked N184. 1 billion for capital crime expenditure in the 2020 budget which had been signed into law by the governor.
Magaji said the 19 roads are to be completed within two years after which attention would be shifted to the two major cities in the state – Zaria and Kafanchan.

In an interview with THISDAY in his office, Magaji said, el-Rufai is determined to transform Kaduna state and uplift the people. Giving details of the projects, he said there are 12 roads to be dualised while others are to be expanded.

“We have 19 roads within Kaduna metropolis, covering four local governments – Kaduna North, Kaduna South, Chikun and Igabi. There are 12 roads to be dualised while others are to be expanded” he said.

He explained further that solar street lights would be installed on all the roads while culverts, bridges, bridges comprising normal bridges and flyovers will be constructed, adding that the selected roads are based on the Max Lock master-plan for Kaduna city in 1967, adding that they will go a long way in boosting transportation and economic activities.

According to him, some the road projects include, the construction of a new road from Kabala Costain to Aliyu Makama Road in Barnawa area as well as another road from Malali to College Road.
Others, according to him, are the construction of a new road connecting Rabah road to Nnamdi Azikiwe road (the Western By-pass), with a link to the Rigasa train station.

Similarly, he said the construction of the road connecting the Umaru Musa Yar’adua road in Millennium City to the Eastern By-pass is in progress.

The dualisations of WAFF road from the NEPA Roundabout to Essence Junction and Yakubu Gowon Way to Leventis roundabout had commenced.

Magaji said further that a flyover will be constructed at Arewa House junction to the major road connecting Kawo to the market.
He added that another bridge is to be constructed at western bypass while another one will be constructed from Kabala Constain across River Kaduna to Aliyu Makama Road, Mopol Junction as well as Lugard roundabout through to Abakpa.
Work on the dualisation of Alkali road to Ali Akilu road is in progress while Katuru road to Rabah road is nearing completion.
Others include the road connecting Federal Government College, with Anguwan Dosa as well as Lugard Roundabout through to Abakpa, among others.

Magaji said: “In a week’s time ( as at the time the interview was conducted), we will complete Katuru road, maybe first week of December. As we are taking the first four, we have added another four among the 19 roads. These are Yakubu Gowon Way, Waff Road, urban shelters Nasarawa Kakuri to flour mill to link up with Western bypass.

“As the work progresses, we will be picking more and more till we complete the 19 roads within the two years. There are funds to execute the projects. We are spending over N42 billion”.

He also said the multiple million naira Kawo flyover, constructed by the administration of a former governor of the state, Senator Ahmed Makarfi will be reconstructed to standard to serve its purpose.

Magaji noted that “the Kawo flyover has not served its purpose as we still have congestion. The bridge is inadequate, it is deficient in serviceability. It is not meeting up with the demand of road users.

“That means there is a need for government to look into it because that is the gate way in and out of Kaduna to other northern states. So there is a need to give a befitting bridge that will meet the required standard. As you can see, the bridge, somehow has a parabolic shape which is not proper.”

He said a more standard bridge would be provided by incorporating the existing structure with a new one that would be constructed.
“We are going to widen the existing bridge to accommodate two vehicles at the same time from both ends. We are expanding the bridge at both sides. To eliminate that parabolic shape, we are increasing the height of the shorter pears to meet up with the central height” he said.

He said those making such allegations were being economical with the truth, noting that when the current administration came to power in 2015, it embarked on many road projects in the southern part of the city.

Besides, he explained that the roads were selected based on the Master Plan by Max Lock.
“Let us be focused and be objective. I said earlier that these roads are spread across the four local governments that are part of Kaduna metropolis – Chikun, Kaduna North, Kaduna South and Igabi.

“The road in Millennium city to eastern bypass is in Chikun Local government. If you look at the spread local government by local government, you will find out that the Southern part of the city has more roads. When this government came in 2015, it did a lot of work in Barnawa District. The roads are spread across without any sentiment”.

But Magaji, while symphatising with those whose structures were affected by the projects, said “generally when development comes, especially when you are dualising or expanding a road or constructing a new road in a populated area, definitely some shops and structures would be affected”.

Magaji said Governor El-Rufai has promised that as soon as the road projects within the state capital are completed, it will be extended to Zaria and Kafanchan.

He said the governor is determined to leave a lasting legacy by embarking on projects that will improve the living condition of the people.

“We are now doing survey work to bring out the designs and the cost. They will be of the same standard with the ones in Kaduna. Hopefully in the next 20 or 30 years, we will not look back at those roads because of the high standard. When we finished our survey in two cities, we will know how many roads to be done and at what cost” he said.