The Supreme Court has fixed 2pm Wednesday (today) to deliver its judgment in the appeal against the election of Governor Okezie Ikpeazu of Abia State.

The seven man panel of the apex court presided over by Justice Bode Rhodes-Vivour announced the time shortly after lawyers representing parties in the appeal with number SC 1465/2019 ended their submissions.

Candidate of the All Progressive Grand Alliance (APGA), Alex Otti, and his party, APGA, had approached the apex court to set aside the judgment of the Court of Appeal which upheld the election of Governor Ikpeazu.

The appellants in their appeal argued by their lawyer, Prince Lateef Fagbemi SAN, prayed the apex court to nullify the election of Ikpeazu on grounds of alleged over-voting and non compliance with the electoral laws.

Fagbemi in adopting his brief of argument urged the court to allow the appeal and set aside the judgment of the lower court and declare Otti as lawful winner of the March 9 governorship election in Abia State or in the alternative order a fresh election.

In their separate replies the respondents urged the court to dismiss the appeal for lacking in merit.

While counsel to the Independent National Electoral Commission (INEC) adopted his brief of argument in urging the apex court to dismiss the appeal, counsel to Ikpeazu and the Peoples Democratic Party (PDP), Chief Wole Olanipekun SAN and Dr levy Uzoukwu SAN respectively told the court that the case of the appeallants lacked merit because it was hinged on alleged over-voting occasioned by non use of the card reader which the apex court has held that it cannot dethrone the manual accreditation of voters.

After taking their various submissions, Justice Rhodes-Vivour announced that judgment in the appeal was fixed for 2pm. 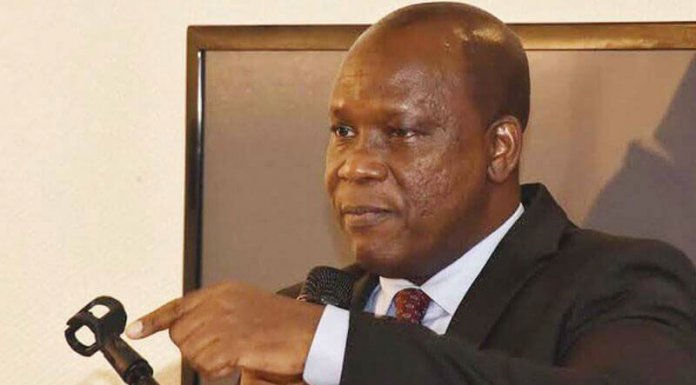