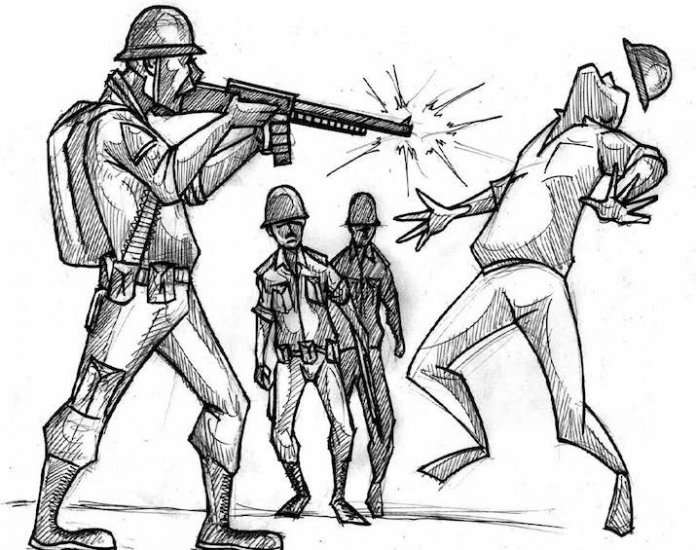 Five months after the tragic clash in Taraba State which led to the killing of three senior police officers and a civilian by some soldiers allegedly working for a notorious kidnap kingpin, it would seem the investigation into the incident has gone cold. Those killed were operatives of the Inspector-General of Police Intelligence Response Team. If an institution that is at the centre of the criminal justice system can have its officers so casually assassinated without the culprits being brought to justice, the implications are very grave for national security.

According to the police at the time, a special operational team sent from Abuja had arrested a kidnap suspect in Taraba State, handcuffed him and were driving towards Jalingo, before they came under heavy bombardments from soldiers who pursued them. In the process, the three police officers and a civilian were killed while several others were injured. The soldiers then freed the handcuffed suspect, according to police spokesperson Frank Mba. In their version of event, army spokesperson Sagir Musa said that soldiers from 93 Battalion got a distress call that kidnappers had come to operate in their community, leading to the hot pursuit that culminated in the killings.

Aggrieved, the police insisted that their officers were murdered by soldiers accused of colluding with the kidnap suspect who was later arrested. Not only did they go public, the police also released to the public video clips of the incident, apparently recorded by one of them. Following the subsequent arrest of the alleged kingpin, the police also released the video of his confessional statement which corroborated their allegations. “I am Hamisu Bala also known as Wadume. The police came to Ibi and arrested me. After arresting me, they were taking me to Abuja when soldiers went after them, opened fire and some policemen were killed. From there, the soldiers took me to their headquarters and cut off the handcuffs on my hands and I ran away. Since then, I have been hiding until now that the police arrested me,” the suspect said in the video.

Following presidential directive, there was a joint investigative panel headed by Rear Admiral T.I. Olaiya with representatives from the National Intelligence Agency (NIA), Defence Intelligence Agency (DIA), State Security Service (SSS) as well as the army, navy and police. The panel has since completed its assignment yet there has been no statement on the tragedy. The principal suspect who confessed publicly that he had some army officers on his payroll has also not been brought to any trial. The general suspicion is that of surreptitious attempts to make the public forget the tragedy that speaks to our national insecurity.

As we highlighted in the past, widespread deployment of soldiers for internal security duties has not necessarily reduced the insecurity challenge in our country. Instead, soldiers have become increasingly mired in the vices they were meant to curb. On its part, the police have been weakened and demoralised. The solution is to quickly design a phased programme of reduction of military involvement in internal security duties which the government now plans to do, while increasing the capacity of the police to deal with all forms of criminality. Soldiers should be limited to counter insurgency and other direct combat operations. The end of democracy is best served when the populace is protected by a civil force. The history of our country dictates that we must avoid any further erosion of the professionalism of our military and their needless clashes with other agencies.

But on the Taraba tragedy, it is incumbent on President Muhammadu Buhari to secure justice for police officers who were murdered in cold blood while on national assignment.