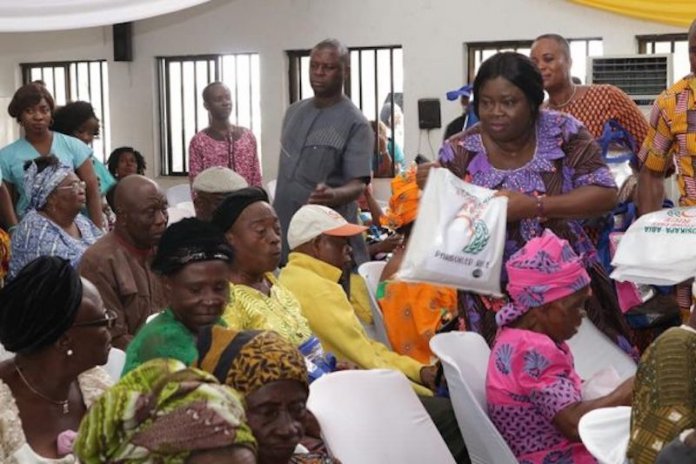 Relief will soon be a meaningful word for many families in Abia State as the state government is set to take responsibility for the care of the elderly.

The elderly is among the most vulnerable groups in any society and making their welfare a priority concern of government is laudable. Nigeria has treated the elderly with so much disdain for too long.

Neither the federal government nor state governments in the country have yet initiated any policy or programme that focuses on the welfare of the elderly in our society.

Yet, there is growing evidence that this segment of the population deserves urgent and comprehensive attention for the wellbeing of the society. Health researchers have predicted that by 2030, more people than ever will be at risk of developing the chronic diseases, ill-health and dependence that often accompany advanced old age.

It has been estimated that in 2050, there will be two billion people over the age of 60 years, with 80% of them living in developing countries, including Nigeria. The predicted global shift in the burden of illness from acute life-threatening infectious diseases to chronic disabling noncommunicable diseases associated the aging population could cause temporary or permanent functional disabilities and diminished quality of life. This is why the World Health Organisation has recognized care of the elderly as an integral part of primary healthcare.

But the story is about to change in Nigeria if the Abia State House of Assembly passes a bill on medical care for the elderly sent to it by the Executive. Dr ACB Agbazuere, the Chief of Staff to Governor Okezie Ikpeazu, said two weeks ago that government had presented to the state House of Assembly an executive bill for a law to provide free medicare to elderly persons in their homes.

He made the disclosure in Umuahia during a reception organised in honour of his appointment as chief of staff. “I personally presented a bill to the house on behalf of the governor for a law to ensure that all elderly people in Abia will be receiving free medical services in the comfort of their homes,” he revealed to a joyous audience.

It was another piece of great news from Governor Ikpeazu’s administration which had headlined the state on many occasions with positive news of government dynamism. For Agbazuere to have mentioned such an important government action so casually at an informal occasion says a lot about how extraordinary government actions seems to have become routine business under the watch of Gov Ikpeazu.

If the bill is passed, elderly persons in Abia would be entitled to receive medical attention in the comfort of their homes without having to worry about costs, because the state government would pick the bill.

I am not aware of any state in the country that has taken a similar step, but this is a right step in the right direction. I have no doubt in my mind that other states would follow suite once the Abia pilot sails through and becomes a success story. The first step is always the difficult part and once the bill becomes law, everyone expects Governor Ikpeazu’s drive and commitment to the people to ensure smooth implementation.

There are many things the bill, when it becomes law, would address directly or indirectly. It is a common saying that health is wealth, and the wealth of a nation includes its population. The law would ensure that the elderly in the society get adequate and timely medical care which would have been impossible if they have to pay the bills.

Access to medical care has been a major problem in virtually all states of the country since most have to pay out of pocket. The cost of medical care has discouraged majority of the people from patronizing medical institutions. Health insurance is yet to take off in many states of the country, and in states where it had started there are still challenges as many in the formal sector are unable to afford the little premium required to enjoy the service.

Thus, the Ikpeazu administration would have succeeded in removing the first and biggest obstacle to access to medicare -cost-when the law becomes operational.

Home health care is defined by the National Clinical Homecare Association as “the provision of medical supplies and/or clinical services directly to patients in the community”. The health care for the elderly bill addresses treatments options for patients which covers a wide range of conditions and therapy areas. Diseases common with the aging population in Nigeria include hypertension, diabetes and high blood pressure which all require careful management.

Treatment would be delivered by an appropriately qualified health care staff under the direction of a doctor who remains responsible for, and in control of, the patient’s care. Services to be provided may also include medical, psychological or social assessment, wound care, medication education, pain management, disease education and management, physical therapy and empowerment for health promotion and prevention.

The people of Abia, especially the elderly and their families must consider themselves lucky to have a government that puts their welfare on the front desk.A successful implementation of the programme would relieve the elderly and their families from the burden of paying for health services out of their pockets and would ensure they have access to quality health care.

This would significantly improve the quality of life and productivity level of the people. For an administration that has made economic transformation of the state its topmost priority as indicated by the ambitious multi-billion naira Enyimba Economic City and the successful promotion of made-in-Aba products within and beyond the shores of Nigeria, there is no better way to compliment that than ensuring good health for the people.

Gov Ikpeazu had promised during his 2020 budget speech that development in the state would not be haphazard. He said his administration planned a holistic intervention where programmes and activities of government are interlinked to serve one grand vision-the vision to transform Abia State into a model state in the country. It is the vision to make Abia prosperous and its people happy.

As Dr. Agbazuere rightly noted during the reception for him: “Indeed, a great Abia is envisaged. I promise our people that a great Abia they will see, and I assure you that things will positively turn around.”