Ugo Aliogo
The General Secretary, National Union of Electricity Employees (NUEE), Joe Ajaero, has declared that the power sector privatization, from onset was not meant to succeed.

According to him, six years down the line, no megawatts have been added and no power plant has been built by either the investors or government.

Ajaero, who stated that this recently in Lagos, during the 6th Quadrennial/11th national delegates conference of the union, with the theme: “Conference of Restoration,” alleged that the power investors were not ready to build power plants, but are concerned about increasing tariff.

“We cannot agree to pay for what is not available. If you increase power generation, and distribution that will give you the latitude to say you are increasing tariff. There have been three attempts to increase tariff since after privatisation.

“If there was no power before now, $16 billion that was spent would have been useful in helping Nigeria achieves 16,000 megawatts at the rate of $1billion per thousand megawatts,” he noted.

The NUEE scribe explained that Nigeria is one of the countries suffering from power poverty, adding that the indices are that, “for every one million people, there must be 1,000 megawatts and that is why today South Africa is taking about 45,000 people to 45000 megawatts.”

He further stated that the indices in the country showed that there was less than 4,000 megawatts for almost 200 million people, “and government wants the private sector to put in place certain measures to reposition the sector.”

Ajaero added that: “This is the time to speak truth to power; they need to be more transparent and open in whatever that is happening in the power ministry. Nigerians should not expect steady power supply if the power ministers cannot come out to address Nigerians. I am calling on any of the ministers today to come out and tell Nigerians the situation in the power sector.

“The private sector doesn’t have the financial wherewithal to revitalise the sector. I have asked at what return on investment will an investor invest because before you finish a power plant, it will take four years and the investor may not have that patient. You cannot recoup investments on any power plant in less than 15 to 20 years.

“The Generation Companies (Gencos) and Distribution Companies (Discos) borrowed money from banks to buy these establishments and they are returning the interest on these loans on Nigerians.

“The key focus initially was for foreign direct investments, but that did not work because of privatisation. The problem we are having with the Discos is that at the end of the month, the bank they borrowed money from will take the money. Since 2003 till date, none of the investors have declared any dividend to government.” 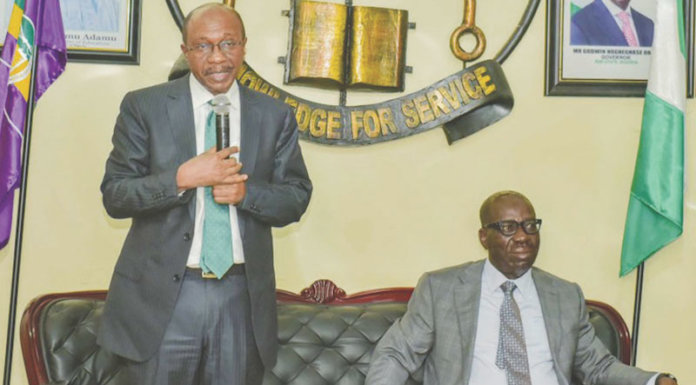