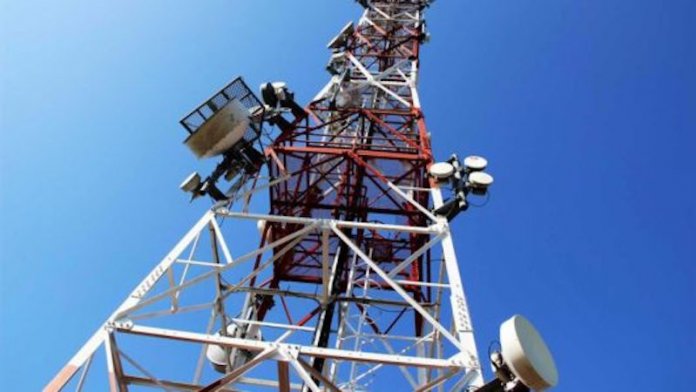 Fourteen states, including Lagos, Kano, Anambra, Ondo, Cross River, Kogi, Osun, Kaduna, Enugu, Adamawa, Ebonyi, Imo, Kebbi and Gombe, have hiked the cost of Right of Way (RoW) for telecoms infrastructure, THISDAY’s investigation has revealed.
THISDAY gathered that agencies and ministries of some of these states have increased the cost of RoW from the initial fee of between N300 to N500 per linear metre to between N3,000 and N6,000 per linear metre.

However, the cost of RoW on federal roads is N142 per linear metre.
Some of these agencies and ministries include, the Lagos State Infrastructure Maintenance and Regulatory Agency (LASIMRA), State Information Technology Agency (SITA) of Ondo, Cross River State Infrastructure Safety and Regulatory Agency (CRISRA), Kogi State Environmental Protection Board and Kano State Urban Planning and Development Authority.

THISDAY gathered that a single telecoms operator needs RoW covering thousands of kilometres.
An official of LASIMRA told THISDAY at the weekend that the new management of the agency would hold discussions with the telecoms operators to reach a common ground.

The Cross River State Government also told THISDAY that it was prepared to go into negotiations with telecommunication companies on the possible adjustment of charges they pay for RoW to install infrastructure, particularly telecommunications masts.

However, the state government did not state whether the negotiations with the telecommunications service providers would lead to a reduction in the cost they are currently being charged for the location of their masts.

The state Commissioner for Information, Mr. Asu Okang, told THISDAY that the state government was open to negotiations on the issues raised by the companies.
The commissioner said despite the complaints from telecommunications service providers, the rates charged by Cross River State was lower than those charged by its neighbouring states.

He stated that the rates charged by the state was within those prescribed by the federal government, adding that the telecommunications companies, of recent, had not been building new masts, but rather adopted the policy of co-location.

Akinkugbe, however, said the companies had to be opened on their infrastructural needs and their plans to achieve same.

He said at the national level, the federal government had also established Broadband Infrastructure Rollout Plan, which has resulted in infrastructure companies being given concessions for RoW nationally that had been broken into regions.

“What we are planning to do is to encourage what we call ‘One Dig Policy. One dig policy is a situation whereby we partner with reliable organisation to actually develop a fiber rollout plan on these right of way at a discounted rate such that when various telecoms operators are coming in there is already a laid down path as well as dug.

“What that will do is that it will prevent a situation where MTN wants to expand their fibre infrastructure, they come and apply for right of way and dig; that Airtel wants to come, they come again, they open up the ground and start digging,” he explained.

In Kano State, the state government also told THISDAY that it had extended some reliefs and waivers to telecommunication operators and offered them suitable places to erect their masts.

The state Commissioner for Works and Infrastructure, Mr. Mu’azu Magaji, told THISDAY that “on this issue of telecommunication companies and fees, basically across the whole country, the cost of erecting mast is the same as in Kano State.
“But in special circumstances, we granted some discounts to some operators regarding the total cost they pay especially if that mast is within a government facility.

“We always encourage telecom operators to identify suitable place within government premises to erect their mast that will provide good coverage in the area; not only that, the state government has engaged NCC and telecom operators to have access corridor for infrastructure network of telecommunications,” he said.
He said the state government had given waiver to MTN regarding the access corridor fibre of their network.

According to him, the waiver is for their access corridor fibre which is new telecom infrastructure, which NITDA and NCC are trying to provide high speed broadband internet network in Kano.
While the Director General of Kaduna State Urban Planning and Development Authority (KASUPDA), Mr. Ismaila Dikko, told THISDAY that he was not aware of complaints by the telecoms operators over high cost of RoW, the Enugu State Commissioner for Environment, Hon. Chijioke Edeoga, promised to respond to the issue today when contacted by THISDAY.

Telecoms operators across networks had blamed the poor telecoms service currently being experienced by subscribers on the refusal of the federal and state government agencies to grant the operators the RoW licence to lay more fibre optic cables in cities.

Telecoms subscribers have continued to face networks challenges, ranging from incessant drop calls and poor connectivity to delays in delivering text messages, among others.

But the operators in separate interviews with THISDAY said they had envisaged heavy surge at festivity periods like Christmas and New Year seasons and had long requested for RoW licence that would enable them to expand their networks by laying more broadband fibre optic cables.

They, however, stated that their request was rejected by the various government agencies, forcing them to maintain the available network that is not sufficient to manage the peak periods.

Reacting to the allegation, the Special Adviser on Innovation and Technology to Governor Babajide Sanwo-Olu of Lagos State, Mr. Tunbosun Alake, told THISDAY that there was need for smart regulation of telecoms operations in the state without having negative effect on service quality in telecoms delivery.
According to him, “The issue of Right of Way has always been a challenge between state governments and telecoms operators who seek permission on RoW to expand their networks and infrastructure. I have a private sector background because I came from the private sector, and now that I am in the public sector, and I understand the feelings of both sectors.

“There is this belief surrounding the telecoms sector that state governments see the telecoms sector as a cash-cow that they should milk dry, but that is not the thinking of government. In Lagos, the government sees telecoms as critical source of infrastructure for the state, which needs smart regulation so that telecoms operators do not take undue advantage of the citizens, hence the need for balancing.

“With the new management of LASIMRA, I believe they will grant RoW to telecoms operators to enable them expand their networks and infrastructure in such a way that it will not hinder network expansion that will address poor service quality, and at the same time, it will not inconvenience the citizens that are expected to benefit from the telecoms services,” Alake had explained.