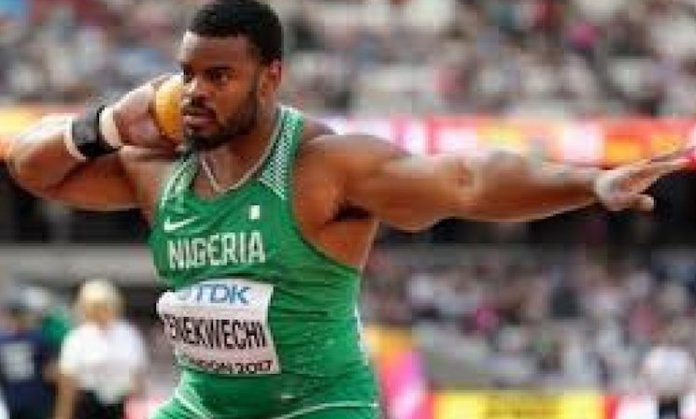 Championship favourite Chukwuebuka Ezekwe lived up to expectations when he defeated Blade Onozie 21-16, 21-15 to emerge the men’s singles champion of the 2nd edition of the Chief Nnamdi Iroegbu sponsored Marvico Group of Companies annual Badminton championship.

Favour who had her traditional wedding yesterday, also emerged as a double champion when she combined effectively with her women’s singles victim, Joy Nwaiwu to claim the doubles title by defeating the duo of Nmesoma Onunwa and Rachael Onyegbule, 21-18, 22-20.

Having been favoured for the second time running by winning the title back-to-back to emerge the first and only player to achieve such feat in Obazu, Favour whose first sport is football, thanked the sponsor, Chief Nnamdi Iroegbu and his Marvico Group of Companies for helping her to discover her badminton talents by bringing the championship to Obazu.

Also on the double champions list is the men’s singles champion, Chukwuebuk Ezekwe who paired with Gift Achimike to win the men’s doubles title by beating the duo of Blade Onozie and Ifeanyi Nwaiwu 21-16, 21-18 to emerge victorious.

Chief Iroegbu who gave out cash awards to both the winners and losers at the finals held to round off year 2019 activities, said the gesture was to encourage Obazu youths to take to sports knowing fully well that they can make good money from the sector.

Chief Iroegbu promised that the third edition of the event will be bigger and better as other sport like table tennis may be added.

The sponsor is envisaging turning the event into Mbaitoli Local Government Championship.