As the House of Representatives resumes plenary January 28, all eyes are on the Peoples Democratic Party minority caucus, led by Hon Ndudi Elumelu. Adedayo Akinwale writes

The Ninth House of Representatives appears not to have done badly less than a year after its inauguration on June 11, 2019. Aside from the swiftness at which it passed the 2020 budget, the passage of Deep Offshore and Inland Basin Production Sharing Contract Act 2004 (Amendment) Bill, 2019, as well as the urgency with which it intervened in critical issues of national matters among others are testaments to that.

The green chamber might have actually done better if the main opposition party in the House, the Peoples Democratic Party (PDP), had presented a united and formidable force. It would have provided a more robust and constructive engagement with the ruling All Progressives Congress (APC)-dominated House.

Though it has not all been a bad story for the opposition led by the Minority Leader, Hon Ndudi Elumelu, a united front would have deepen democracy in the House and even afforded the opposition the opportunity to really represent the masses, who are groaning under various unfavourable policies of the President Muhammadu Buhari-led administration.

Sadly, the division within the opposition in the House has ensured their inability to present themselves as a formidable force and the voices of the masses have been silenced due to infighting with the party. While they have been having their say on the floor of the House, the APC dominated House had been having their ways too.

Either way, the main opposition party is subjecting Nigerians more to torment due to its inability to put its house in order because it’s party members have not really represented the masses as they are expected to.

This earned the Chinda-led group a probe by the House, when Hon. Ben Ibakpa, at a plenary accused them of impersonating House Minority leadership by issuing statements, and “misleading the general public and causing confusion and disaffection in the House of Representatives”.

According to him, “This is a gross abuse of our collective and individual privileges. This violates Section 24, Legislative Houses (Powers and Privileges) Act, Cap L.12, Laws of Federation of Nigeria, 2004 as well extant provisions of the Standing Orders of this House,” he said.

The outcome of the probe committee was, however, not made public before the House adjourned plenary last December.

“The suspension placed on some PDP members, who connived with others to supplant the Party decision with regards to the party’s position in the House is subsisting and has not been lifted. The suspended members of the party cannot therefore conduct any business of the party at whatever level until disciplinary measures had been concluded.

“The National Working Committee (NWC) in its wisdom, and consistent with its position on the matter which has not changed, directed that the affairs of the PDP Caucus of the House of Representatives be organised and managed by Chinda, Hon. Yakubu Barde, Hon. Chukwuka Onyema and Hon. Muraina Ajibola.

“The members mentioned above had the express mandate and authority of the PDP to lead its Caucus at the House of Representatives. The PDP under our leadership will not reward disloyalty and will not allow anyone other than the party to impose their choices on us with the sole aim of annihilating or stifling the voice of the opposition.

Reacting to the statement from the party, Elumelu, in a release by his Special Adviser (Legal), Oyorima Idahosa, described his continued suspension and alleged disloyalty as “completely against the principle of democracy, rule of law and fairness upon which the PDP was founded”.

“Section 60 of the 1999 Constitution unambiguously provides that Subject to the provisions of this Constitution, the Senate or the House of Representatives shall have power to regulate its own procedure, including the procedure for summoning and recess of the House.

“By parliamentary rules, person so elected becomes the leaders of the party caucuses in the legislature. While the party can guide their elected Members through the zoning of various Minority leadership offices, it is not in the place of the party, by the provisions of the Constitution, House Standing Rule, and parliamentary traditions, to appoint or foist Minority or Majority Caucus leadership on its members”.

Elumelu recalled that a similar attempt by the All Progressives Congress (APC) to foist leadership of the Majority Caucus on the National Assembly in 2015 could not stand as such obnoxious action was vehemently resisted by the Senate, which stuck to the list of elected leaders of the Majority Caucus submitted by APC Senators.

He wondered why PDP and its National Chairman, Prince Uche Secondus, who was the Acting National Chairman at the time, would turn round to commit the same impunity and meddlesomeness in the internal affairs of the parliament they strongly criticised the APC for.

“Such malicious allegation is therefore totally insupportable as Hon. Elumelu and his colleagues in the PDP remain loyal and law-abiding members of the party. It is equally curious that over four months after various organs of the party set up Committees to investigate this matter and related issues bordering on PDP National Assembly Caucus within two weeks, the party has been reluctant and/or refused to consider the reports of these various Committees so that the issues can be laid to rest.”

Elumelu, therefore, called on the party to weigh its actions and not allow certain individuals with vested personal interests to destroy the reputation and democratic foundations of the PDP, a party Nigerians look up to for direction at a time like this.

To some Nigerians, the statement from the PDP did not come as a surprise, because they believed that the PDP as a party could not really change from its old self, despite the claim by its own party; that it has been reformed, reorganised and rejuvenated. They believed that it was in the party’s DNA to impose and it is not actually used to allow a normal democratic process to take place.

However, to some Nigerians, the main opposition party by the way, has been creating problem within the minority caucus House has been a huge disappointment, and as such not worthy of a party to be trusted with power again.

Nevertheless, analysts believed that the failure of the PDP NWC to consider reports of the various committees it set up to look into this matter was a major factor prolonging the crisis.

Whether the suspension placed on the Elumelu-led minority in the House would be lifted by the party remain to be seen, but the worsening crisis, if not stemmed immediately, is capable of creating factions within the party ahead of 2023 general elections.

The PDP has the choice of putting its house in order, reposition, and possibly take over power in 2023 if truly it prides itself as a party that has the experience to move the country forward. It is no gain saying that a united PDP in the House would put the ruling party on its toes and would also represent the interest of the majority of Nigerians, who are really suffering due to unfavourable economic policies of the present administration, as well as its nepotistic tendencies.

It is also the party’s choice to allow the party crisis to fester and later fizzle into oblivion. The way and manner it handles the House crisis will certainly determine its future and the future of democracy in Nigeria.

In truth, most PDP members, especially the minority caucus in the House has never seen APC as a credible alternative to PDP. While they are ready to stem the tide and give peace a chance, if the torments and frustration continue, who says the affected members won’t consider the option of defecting to APC? 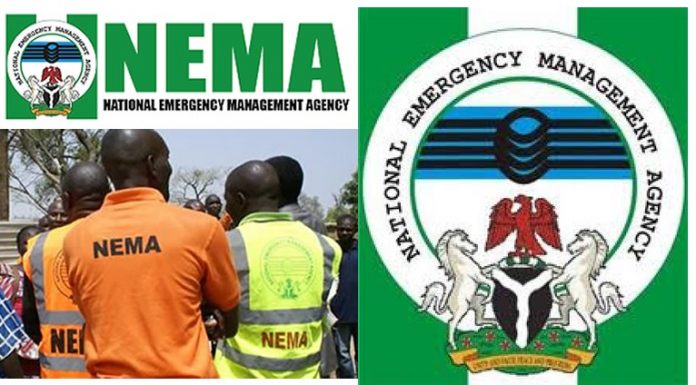