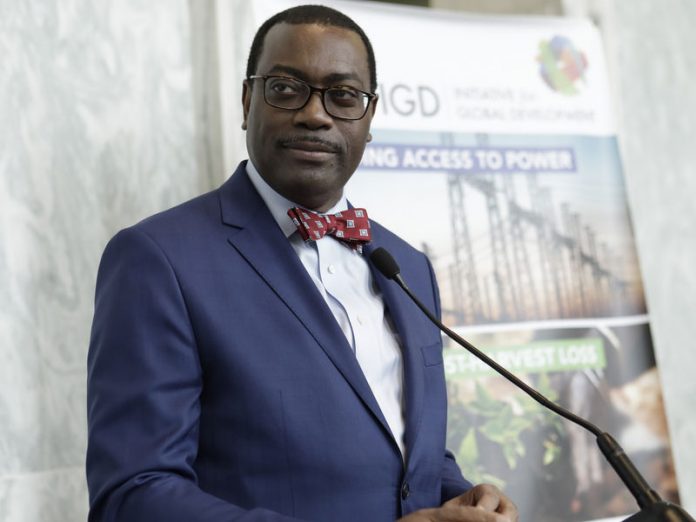 The African Continental Free Trade Area  has been said to have the potential to become the ‘biggest thing to happen to Africa in the near future.’ But in reality, the gains will not be delivered on a platter of gold to member countries as a report powered by the Nigerian Economic Summit Group has shown that Nigeria, for instance, must put its house in order if the arrangement must deliver its goodies to it in the medium to long term. Bamidele Famoofo reports

President of African Development Bank (AfDB), Dr. Akinwunmi Adesina, alluded to the significance of AfCTA, when recently in Abuja, he said the Africa’s foremost development Bank will accord the implementation of the trade agreement a priority in 2020, because it will sustain the economic growth of Africa going forward.

“Priority should be to support the AfCFTA because of its estimated worth of over $3.3 trillion in terms of trade volume. At the end of the day, this will be the biggest thing to happen to Africa, which is why we have resolved as a bank to focus our attention and resources on in the coming year,’’ Adesina argued.

A report powered by the NESG agreed with the position of Adesina. The report conducted by the Centre for Petroleum Energy Economics and Law (CPEEL) at the University of Ibadan, Ibadan, in conjunction with Equilibria Consult, according to NESG, was an evidence-based study that has the overarching objective of assessing the potential impact of AfCFTA on the Nigerian economy.   It said AfCTA represents one of the most ambitious attempts of the African Union Heads of States and Governments to economically unite African peoples and economies. It submitted that it also represents a bold attempt by the African Union heads of state and governments to provide or at the least, experiment with an “African solution” to “an African” problem. But the report also disclosed that there are challenges for participating countries, which include Nigeria, to subdue, if AfCTA must deliver its goodies to all.

The study has some interesting findings with wide-ranging implications for the Nigerian economy. For instance, the results indicate that the AfCFTA will be trade-diverting as Nigeria’s imports from non-African countries will be substituted by imports from African countries.

Government revenue will decline in all but one of the scenarios of the AfCFTA when foreign investment inflow and increased labour supply is assumed. Government revenue declined by 0.21 percent when linear cut to the tariff is applied and when the tariff cut is back-loaded.

It was noted, however, that government revenue was positive in both the first and second period of the AfCFTA implementation when foreign investment inflow and an increase in labour supply was assumed.

The AfCFTA implementation in Nigeria is expected to create the phenomenon of trade-diversion and this will be more prominent in Nigeria’s imports from West African countries and South Africa. Investment is expected to decline in all simulations.

In view of the findings that Nigeria’s GDP will be negatively impacted when the AfCFTA agreement comes into force, and in view of the need to make the economy more competitive, it was recognised that relying on the inflow of foreign saving to grow the economy may not readily pay off.

The study, therefore, recommends that the country should embark on massive infrastructure upgrade and institutional reforms to improve her business environment. The infrastructure upgrade could be realised through the concession of major infrastructural projects (electricity, roads, bridges, airports, seaports, etc.) to the private sector. The concessions must, however, be complemented by strong institutional reforms to effectively regulate the operations of the private sector.

To maximise the opportunities that are available to it in the AfCFTA agreement, Nigeria must enhance the space for both domestic and foreign investments. Also, it must create a more business-friendly environment and reduce existing binding trade constraints in the country that has so far deterred the growth of foreign investment in different sectors of the economy.

In addition to providing a reliable transportation system and power supply, the country can restore a business-friendly environment by substantially addressing all major security challenges that have in recent time inundated the country and discouraged foreign investors from doing business in Nigeria.

Nigeria must combine trade liberalisation with increased drive for the inflow of foreign saving/investment into the Nigerian economy to mitigate envisaged revenue loss.  Diversification of the Nigerian economy, if successfully pursued, will boost the tax revenue base of the federal government.

In addition, deliberate measures that will strengthen sectors including health, education, electricity, transportation, textile, apparel and footwear must be taken by government to maximise the benefits that are likely to accrue to them when the AfCFTA agreement comes into force. “This can be done by recognising these sectors as AfCFTA priority sectors for immediate government support. The government support may include tax breaks/rebate, government-backed preferential loan arrangements from commercial banks, etc,’’ the report noted.

The major concern of Nigeria’s participation in AfCTA is the issue of dumping. The report noted that the relatively large market size of Nigeria makes the economy a target for dumping. To protect the economy from the dumping of inferior and substandard products, it is recommended that the Rule of Origin (RoO) of AfCTA needs to be well strengthened and tightened.

“We will continue to do a lot in infrastructure. We are working very hard in the Lagos-Abidjan Highway, the construction that will start by 2022, all the work is currently being done.

“We will continue to invest quite a lot in energy, power, which is the source of development. Without energy, there cannot be development. So, the bank is going to do quite a lot this year and beyond,” he said.

With the bank’s shareholders giving a new boost of capital, he said his bank secured a $115 billion ‘new capital’ that will enable it to dedicate more resources to support African countries, Nigeria and other countries to be able to do more.

Adesina stated what the AfDB is doing is to ensure the free trade agreement does not affect locally produced goods.

To facilitate trade and competitiveness, he said there are still some basic things that have to be done to realise these goals, particularly infrastructural development.

He noted that Africa currently has an infrastructure gap of between $68 billion to $108 billion financing gap, adding the AfDB has been working hard to close the gap.

To attract capital for infrastructure development, he proposed the use of the pool of funds totalling about $1.8 trillion from sovereign wealth, pension and insurance (mutual) funds.

“If we can just tap a little from these funds, we will close very quickly the infrastructure gap that we are talking about.