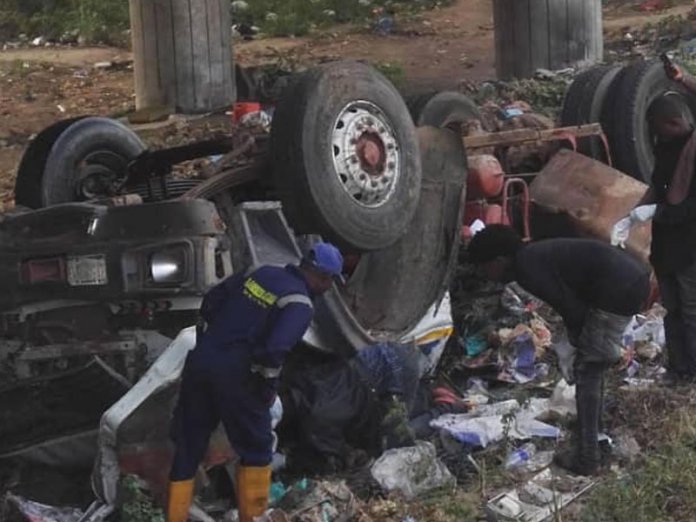 A fatal accident has claimed the lives of two persons on the Otedola Bridge.
The bridge has been notorious for frequent accidents in recent months.
The accident occurred early this morning.
Two people were rescued and treated on the spot and discharged. One was evacuated to accident and emergency hospital in a critical condition.
THISDAY Investigations revealed that an articulated truck laden with several tons of granite, crashed off the barrier on the bridge and collided with a black coloured Lexus SUV.
The truck head subsequently detached on impact and fell off the bridge.
The mangled bodies of the victims have been recovered while intervention to ease vehicular movement is ongoing.
This was confirmed by Dr Olufemi Damilola Oke-Osanyintolu, DG/CEO Lagos Emergency Management Authority (LASEMA)